Look far off to the north-east on the ocean so splendid,
teeming with life, home of the seals, shining and playful in the full tide.
Irish 9th cent. 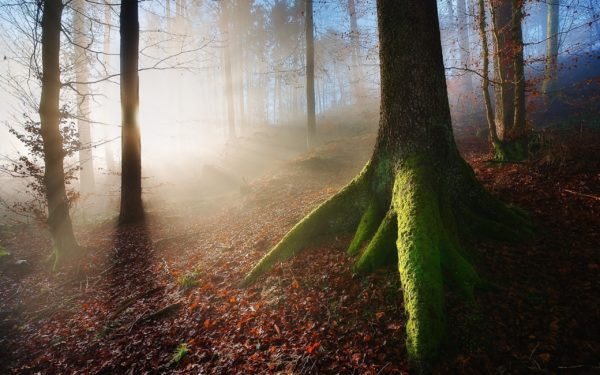 On looking for a seed-thought to start this letter, I came upon one from the Animal Oracle. It felt just right, and I wondered why. I think it is because it starts with ‘look far off to the north-east’ which is the place of Imbolc, the place of birth and of new light. Somehow even at the beginning of the dark time it feels re-assuring to sense the glimmer of Imbolc!

But now, as we enter the Winter, Samhuinn is a good time to look back over the year that has passed, and since this Newsletter marks the beginning of the New Year, I thought it would be a good idea to write an annual review – to share with you some of the exciting things that have been happening in OBOD, and Druidry in general, over the last twelve months.

Diarmid, a member from Wales, said at the Summer Camp that it felt as if the Order had ‘finally landed’. And looking back over the year, I think that is the predominant theme. During the year we organised the Order into three related sections: The Oak Tree Press, the Order itself and a woodland charity whose name is still to be decided.

We then created three offices (thanks to the wonderful generosity of our patroness) with Stephanie and I, Annie, Kate and Pete running The Oak Tree Press in Lewes, which prints and distributes the course, Madeleine in Derby editing the Newsletter, and with Chris & Bill in Worston taking responsibility for future retreats and summercamps and the groves and seed-groups. The tutorial system has been developed from its initial pilot phase, and tutors are now available to all members, with Susan Henssler coordinating the Bardic tutoring, and Madeleine Johnson the Ovate tutoring. On Alban Hefin we moved house and office to a different location in Lewes, and the feeling of space and connection with nature is wonderful. Before then, the office had been very cramped and faced a busy street. Now it is spacious, looks on to trees, and is located at the end of a quiet lane that runs its way down a southern slope of the Downs just on the edge of town.

This re-structuring, which has gone on all year, has hopefully paved the way for a more effective way of working and serving the membership, and the goals of the Order. But organisation, ideally, should be in the background and should support the real work – and I hope that’s what we have achieved. This year has seen so much creative endeavour come to fruition – the Summer Camp was a fantastic experience of community and celebration, The Druid Animal Oracle finally appeared, as did Barddas I – a compilation music cassette that has launched the Order’s woodland fund. To date we have about £1,500 in the fund and hope to be able to build it up sufficiently to buy or plant our own wood. If you haven’t bought the cassette yet, do consider it – it’s only £6/$15 and is full of a wonderfully varied range of music – and the proceeds go to the woodland fund.

Next month should see the appearance of the first members’ collection of poetry and prose, entitled Ffrwythau – The Voice of the Members of OBOD. And next year HarperCollins will be publishing The Druid Renaissance – a collection of contributions by many authors on Druidry, edited and introduced by myself and Dwina Murphy-Gibb.

In the wider world, The Council of British Druid Orders (of which OBOD is a member) organised a Summer Solstice celebration at Parliament Hill, and The Bards of Caer Abiri (an informal association of Druids from many different groups) celebrated a number of seasonal festivals at Avebury. They are also organising a Winter Solstice event which promises to be very exciting (look for details in this Newsletter). Three new books on Druidry appeared: John King’s The Celtic Druids’ Year (Blandford) Peter Beresford-Ellis’ The Druids (Constable) and Ellen Evert Hopman’s A Druid’s Herbal for the Sacred Earth Year (Available through Compendium Books 071-485 8944 in the UK and Celtic Myth POB 33284 Mpls, MN 55433 in the USA).

This Autumn we have had the conference season – with OBOD and Druidry being represented in one way or another, formally or informally, at the by now well-established events of The Fellowship of Isis conference, the PaganFed convention, HOG’s (House of the Goddess) Hallowe’en Festival, and at three firsts: The Christians and Pagans Camp, the New England Druid Summit, and Newcastle University’s conference on paganism.

With all the activity that has taken place this year, we’re looking forward to a peaceful Winter. Although we’ve had the best weather in Britain for maybe 20 years, with a glorious long summer, this year has been difficult, I know, for many people. Unusual astrological aspects, combined – perhaps – with Spirit’s agenda for humanity and the planet, seems to have resulted in tremendous testing and difficulties, often of an emotional and inter-personal nature. Let’s hope that as we move into the quieter time of Winter we can open ourselves to the renewing power of the earth that is so strong at this time of year, culminating as it does at Alban Arthan – the Light of the Earth.

Yours on a slope of the Downs beneath the Autumn stars,