"I see a new level of honesty and rigour in historical analysis, an increasing role of a psychological understanding and use of Druidry, a changing perception of Druidry’s relationship with Christianity and Paganism, a growing awareness of the importance of the Feminine in Druidry, and an emerging awareness of the connections between Druidry and Wicca." 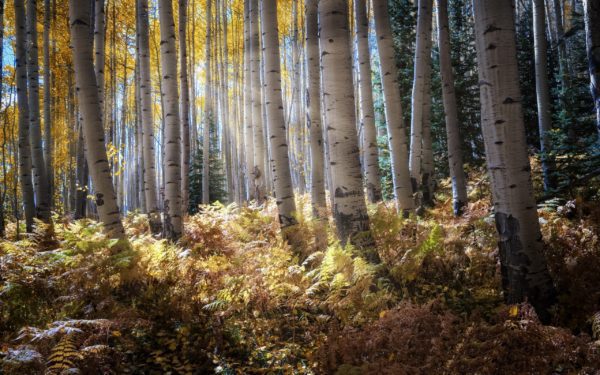 Hello! And welcome if this is your first month of joining. Now that Samhuinn is just past, and we are entering the New Year, it seems like a good time to look back on the Old Year, to trace what has happened in the Order and in Druidry in general.

In the Order, it feels very much as if one cycle has ended and another has begun. Over the last seven years, since the refounding of the Order in 1988, there has been a sense of building foundations, of allowing Druidry to establish itself in a way that was more concrete, more practical, more relevant in the world today. That meant creating the postal course, developing the network of individuals and groups across the world, and holding the Retreats and then in the last two years, the Summercamps. Now that the foundations are built, it feels as if a new phase is beginning…..

Over the last year, the tutor teams have grown considerably, there will soon be a dozen tutors for each of the Bardic and Ovate Grades, and we’re now starting to build one for the Druid Grade too. Kate and Annie who womanned the office with Stephanie both left in the Spring – Kate to have her fourth baby and Annie to discover again what it’s like not to stuff envelopes with Gwersi. Blossom has taken their places with fantastic efficiency (a Virgo is just what you need in an office like this!)

A development I would never have foreseen seven years ago, is that we’ve become cyberdruids – with Susan and Maddy as tutor coordinators communicating with each other and the office using email and with email tutors now being available in all grades. If you don’t use email it’s hard to understand why this should be significant, but put simply, using email speeds up communication hugely and saves a great deal of time and work. As an example: many people now request the introductory leaflet via email, having seen our email address somewhere on the Internet. To send it to them, wherever they are in the world, takes about four seconds of time and the work involved is just ‘click’ ‘click’. They then receive it virtually immediately. The difference between email and ‘snailmail’ is huge – with snailmail taking probably 5-6 times more work. So over the last year a big change for us has been the introduction of email. As this has happened, so members with email have started to connect with each other, primarily via NOBOD – the Virtual Seed-Group who now have a Listserver (whatever that means!)

Another big development in the last year has been the growth of the Newsletter into Touchstone. Most small magazines (and particularly Pagan ones) appear quarterly or bi-monthly, so it’s quite an achievement to produce an issue every month. (Well done Maddy!) Stephanie and I really enjoy reading the laser master copies of each issue when they arrive from Maddy at the beginning of each month – and particularly enjoy reading the Open Forum, with often passionately-held views being expressed so openly and sincerely.

In February, the publication of the Druid Animal Oracle hopefully brought the whole treasure house of animal lore into both members’ and the public awareness – this was material which wasn’t dealt with in any of the books on Druidry. Unfortunately it was only published in America and Australia and not in Britain.

In April we held the Iona Retreat and were blessed by the best weather we’ve ever had there, and in July we held the Summercamp in West Sussex. It culminated on the last day with a Lughnasadh ceremony, a procession into the forest led by pipers and children to a wedding ceremony held in a large grove. The day continued with the procession taking us on to a pond-dressing and then back to the ceremonial circle for the ritual feast of freshly made bread cooked in the camp’s bread-oven.

Filled with enthusiasm for camping, Emma Restall-Orr and Philip Shallcrass organised the first weekend camp for Druids and Pagans at Avebury which enabled many SummerCamp participants to meet up again six weeks later.

In September the first challenge to the government’s repressive Criminal Justice Act was successfully made by a Druid – who calls himself King Arthur. The judge found in his favour, against the government. This received a good deal of publicity and shows that Druids do actually do things as well as meditate and hold ceremonies!

This year has also seen the flourishing of the informal gathering of members of many different Druid groups at Avebury at festival times, known as the Free Gorsedd of the Bards of Caer Abiri.

In Druidry in general, I see five important developments that are at the ‘cutting-edge’. I’ll just touch on them here, and then we will try to have an article on each over the next year.

First, I see a new level of honesty and rigour in historical analysis (see The Druid Renaissance, The Druid Source Book (ed John Matthews) and Stations of the Sun by Ronald Hutton – all three coming out next Midsummer!)
Secondly, there is the increasing role of a psychological understanding and use of Druidry.
Thirdly, a changing perception of Druidry’s relationship with Christianity and Paganism.
Fourthly, a growing awareness of the importance of the Feminine in Druidry.
And finally an emerging awareness of the connections between Druidry and Wicca.

Because each of these five developments deserves an article in itself, let’s wait till the next issue before tackling the first one! In the meanwhile, I do hope your year has been fruitful,

With every good wish at this quiet time of the year,