In silence, sacred silence, we stand naked like trees in winter, all our secrets visible under our skin. And like winter’s tree, we appear dead but are yet alive.
Joan Halifax 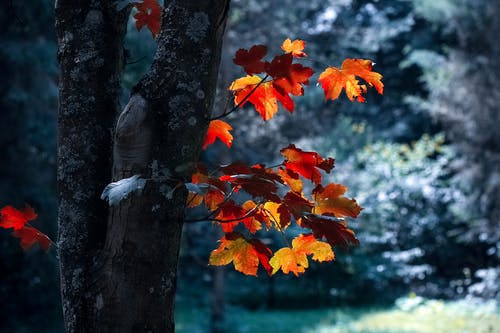 As the leaves are stripped from the trees in the Autumn gales here in Sussex, it’s time to look back on the last year in the world of the Order and Druidry. As ever, it’s been a year of tremendous creativity and activity.

From Samhain to Imbolc a number of us were involved in researching an ambitious project to start a Druid College and community in Wales. Those of you who have read the closing Gwersu of the Bardic Grade, will know of the vision they present of such a community. And when Mara Freeman noticed an announcement in Touchstone about a magical house for sale in Wales, with many Druidic associations, and with beautiful land around it, she inspired us to see if we could bring that vision into manifestation. Despite lots of enthusiasm, in the end it was just too big a project, and would have required massive amounts of cash to repair the house and maintain it. What we learnt was, that for the future we need to think more in terms of a permaculture type of environment, where we are living lightly and productively on the land, rather than renovating a huge old building which will consume vast amounts of energy just to heat. But it was exciting to pursue this project and we all learned a great deal in the process.

Later we appointed Mara as Honorary Chief Bard of the Order — a title first accorded to Robin Williamson last year, and a title that we have decided is more fitting than that of Presider, which we have used in the past, and which has been accorded to Melitta Denning, John Michel, John & Caitlin Matthews, and in earlier times to Lewis Spence and Charles Cammell.

By Spring, it was time for the Synergy 99 conference — which was held in central London. The idea behind this conference was to continue the process of bridge-building and synergising that had started with the series of Interfaith conferences that had occurred in the eighties and early nineties – mainly bringing together Druids and Christians in dialogue. The Synergy conference brought together psychotherapists and Druids, Pagans and Witches. In open sessions and in small half-day workshops a number of therapists who also follow the ‘old ways’ helped this process of communication and synergy, and the atmosphere by the end of the conference was tremendous. Hopefully there will be more of such conferences in future years.

As the Summer Solstice approached, Cairistiona Worthington’s book Druids — A Beginner’s Guide was published — just in time for the Annual Assembly, and in America, so was Caitlin Matthews’ Celtic Spirit — Daily Meditations for the Turning Year. In Cairistiona’s book, she talks of Druidry in an easy and accessible way, but with a new perspective — helping us to see the role of the feminine within Druidry, and of ways it can transform our lives. In Caitlin’s book she takes seed-thoughts, quotations, and triads from Celtic tradition, and expands on the themes they introduce, so that each day they can offer nourishment and guidance to us.

Here in the south of England we celebrated the Summer Solstice at Glastonbury and Stonehenge. A hundred or more of us gathered for a day of ceremonies and festivities, and then the next day many of us went to Stonehenge for a noon solstice ritual. Meanwhile, over on the other side of the world, the Order’s first West Coast summer camp was held at Ben Lomond, and by all accounts was a fabulous experience.

The story of the East Coast camp was coloured with sadness, though, and this year has been one of great difficulty for many. Mary and John Poshka had grown the East Coast USA camps over a number of years, and her passing to the Summerlands took us all by surprise. But with the support of many members and friends, John was able to continue co-ordinating the camp, and we wish him well in the new life he is now forging for himself, and Mary too in her new life in the Summerlands.

The camps in Britain underwent great upheaval too. We cancelled the Spring camp, in order to regroup and work out how best to run the camps in future. Julie Britton, after all the energy she had put into the camps needed to drop out and free herself for a new direction, and with encouragement and advice from Clare Prout and Ivan McBeth a new way of working was evolved — with a circle of members taking responsibility for putting on the camps. Out of this new grouping came the Lughnasadh camp — a magical sun-filled ten days, and then – just passed – the Samhain camp which was equally magical and inspiring.

Meanwhile, in other corners of the globe, members have been meeting in Groves and Seed-groups, at old stone circles (such as Stanton Drew — where the Dobunni Grove regularly holds open rituals) and in members’ houses or gardens. And in Holland the annual weekend for members was again a great success, as was the Annual Assembly in Australia — held at the Spring Equinox (which happens at the Autumnal Equinox for those of us in the Northern hemisphere).

What else has happened? We took over the Talking Myth series of audio-cassettes from Marc Hadley who pioneered them, and added more audios to the collection, including Mara Freeman’s two story-telling cassettes. And we began offering a six-cassette, six book, series called The Timeless Quest, which I took four years to create, together with a great deal of help from Stephanie, Simon Emerson of the Afro-Celts, and others. The Druid Renaissance was published in a Bulgarian edition, and the final volume in John Matthews’ trilogy of source-books has just been published: The Celtic Seers Source Book. It follows The Druid Source Book and The Bardic Source Book, and should have been named The Ovate Source Book — but the publishers argued that The Celtic Seers Source Book is a more accessible title. Unfortunately the hardback is priced at £30, but once it is out in paperback we’ll be selling it through the Order’s catalogue.

The 2000 Groves programme has generated a great deal of interest, with features on it in Pagan Dawn, and groves being planted all over the world. We’re not sure exactly how many groves have been planted because many members haven’t notified us in writing, but mention it in conversation, or we hear on the grapevine. To date we’ve given over £1,900 in grants to help members plant groves, and both the Worthingtons on the Scottish borders, and John Poshka in upstate New York are planting Memorial Groves where members can have trees planted for loved ones who have died. We have yet to send out the certificates to all those who have planted groves — but they’ll be on their way soon. And soon we’ll also be publishing a completely transformed Sacred Grove Planting Booklet. Clare Prout who has done a great job co-ordinating the project would now like to hand on the job to someone keen to take over, so do write in if you’d like to do this. A love of trees, and access to a computer and email are essentials!

The Iona Retreat at Beltane was as special as ever, and I know some members may have missed the announcement in last month’s Touchstone, in which I mentioned that we would not be holding a retreat next year, but that there would be one in the Spring of 2001. Which brings me to the reason why: Stephanie and I, and our two girls, are off to New Zealand in January to live there for a year. I’ll be writing, giving workshops and lectures, and working with the growing membership we have in New Zealand. Both Stephanie and I will still be fully involved in the Order’s work via the magic of email and the Internet. Dave and Cerri will be running the office fully from then on (we’ve been slowly phasing in the work at the shop Hart of Oak in Portslade. Up until now the office has been in two physical locations — hence occasional delays for which we apologise!) After eight months in New Zealand we hope to zip across to Australia for the Annual Assembly there in September, which will be followed by the Healing Retreat — but more news on that in the separate article that follows later in this issue.

We’re looking forward to this adventure tremendously. We’ll miss being at the camps, at the Retreat and the Assembly, but we’re excited about meeting all the members in New Zealand and Australia, and a year passes very quickly!

A final vote of thanks to everyone who has contributed to the special magic of OBOD. If you’re new to the Order you might think that it’s run by just a select few — but in fact all the things I’ve mentioned — all the wonderful events that occurred through the year — happened because dozens of members all over the world offered to do something. If it was just up to the few of us who do the admin in the office we’d have collapsed from exhaustion long ago. OBOD is truly a group effort — and all of us are a part of it!

With best wishes for the coming silent, snow-hushed time of Winter, or the bright sunny time of Summer if you’re in the Southern hemisphere,

Yours beneath a starry sky,