There were Assemblies in Holland and Australia too. The Dutch one sounded as fabulous as ever, and the Australian one was awesome (as they say here)! After the Assembly a good number of us stayed on for the Order’s first Healing Retreat. The Ganieda Sanctuary, near Albany in Western Australia, was the perfect setting for this – we held Druid sweathouse ceremonies, developed a Druid healing ritual, did healing meditations, brainstormed ideas for a Druid healing course, and left feeling recharged and renewed. 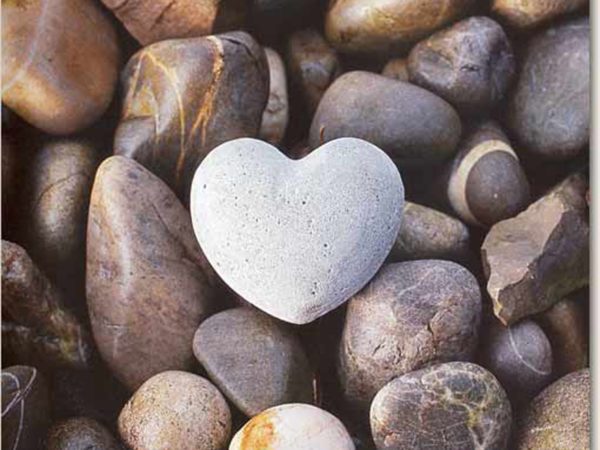 It is the Year 2000 – and Druidry has entered the twenty-first century! What has happened in this year?

Stonehenge became totally accessible at the Summer Solstice Dawn this year, with no limits on numbers, for the first time in many years. And though it was a wet and sometimes chaotic event, by all accounts, it was considered a success by English Heritage, and by many who attended. Druids from a number of Orders were there, and as usual rituals were also held by different Orders on different days around the solstice time. We held ours the day after a solstice ceremony atop Glastonbury Tor during the annual Assembly, and there are even short movies of both the Glastonbury and Stonehenge ceremonies on the website.

Three new books on Druidry were published this year: Druid Magic by Maya Magee Sutton and Nicholas Mann (Llewellyn) Druidry by Philip Shallcrass (Piatkus) and Ritual: A Guide to Life, Love & Inspiration by Emma Restall-Orr (Thorsons). All of them are well worth reading and continue to prove that Druidry offers a well-spring of information and inspiration. Sadly this year saw the demise of Element Books, which went into receivership a few months ago. This means that many of John & Caitlin Matthews’ books, and my two Druidry books, are no longer available….though plans are afoot for republishing with other publishers.

Author of Druid Magic, Nicholas Mann, has returned to live in Glastonbury after a long stay in America, and has founded the Druid College of Avalon, which has exciting plans to teach and explore Druidry in the magical setting of Glastonbury itself.

The Order held its Annual Assembly in Glastonbury again this year, and this time we spread the events over two days – one day just isn’t enough time. I wasn’t there, but heard all about it, and watched the website movies! So many members came, that next year we’re going to have to hire an even bigger venue.

There were Assemblies in Holland and Australia too. The Dutch one sounded as fabulous as ever, and the Australian one was awesome (as they say here)! After the Assembly a good number of us stayed on for the Order’s first Healing Retreat. The Ganieda Sanctuary, near Albany in Western Australia, was the perfect setting for this – we held Druid sweathouse ceremonies, developed a Druid healing ritual, did healing meditations, brainstormed ideas for a Druid healing course, and left feeling recharged and renewed.

The camps have been flourishing and transforming as the OBOD camps seem to regularly do! I think a small group of dragons in the Otherworld takes a special interest in the camps, and so they are great crucibles for individual and group change. The team that helps to put them on with such energy and panache is now led by Clare Slaney, who is also helping to focus the Order’s involvement with another cutting-edge project: a community living on the land and working with it, in association with the National Trust in South Pembrokeshire.

Other events that have flourished this year have been a series of one day workshops on Meditation and Ritual, pioneered by Susan Henssler, who is now training members to give these workshops themselves in their own localities; and the ‘organic expanding inevitables’ – which sound like wonderful informal house-parties – weekends of ritual, music, story-telling and masses of nattering around open fires and mugs of mead.

At the office, we’ve narrowly avoided the disaster that has struck many Sussex and Kent towns this month – the worst flooding in years. In Lewes, for example, hundreds of people can’t return to their homes for six months. Luckily the water damage to the office was minimal.

This year has seen a major re-shuffle in personnel – Penny has taken over the editorship of Touchstone from Dave, and Susan Jones the tutor co-ordinator’s post from Susan Henssler. Helen Cadywold is now too busy to run the Sacred Grove Planting project, and as yet – rather ironically for a group of Druids – no-one has stepped forward to offer to take over. If you love trees and have some spare time and internet access, and would like to help with this project do let me know.

This last year has been the busiest year ever for me in relation to my work for the Order. Some members thought that I had taken a ‘year off’ – but in a strange way, by being far away from England, in the inspiring landscape here, I have been able to focus almost exclusively on Druidry. Most of the time has been spent re-writing the course, and working with a designer to make it look really beautiful. It should be ready by Imbolc, and members who have taken the earlier version will be able to receive the new version at a special rate. Now I’m working with Libby and Bill on a new version of the website – it’s going to look wonderful. We have a huge site now, with masses of information, and we’re focusing on ways to present this more effectively. Already a great improvement is the site’s own search engine. It’s accessible from the front page. Try typing in a word like Brighid or Solstice and up will come all the documents and information available on the site.

Being here has also helped me to experience the Order as a worldwide community. Here and in Australia, Stephanie and I have made great contacts and friendships with members. One morning I was so struck by the way the Order has evolved as a community over the last ten years or so, that I began to think on the many ways that Druidry fosters love. This is what came to me:

Druidry evokes love in us – in a myriad of ways.
Druidry encourages us to love widely and deeply. It fosters:

Love of the Land, the Earth, the Wild
in the Druid’s reverence for Nature

Love of Peace
Druids were traditionally peace-makers, and still are:
each ceremony begins with Peace to the Quarters, there is a Druid’s Peace Prayer (which appears in the UN Peace book) and Druids plant Peace Groves

Love of Beauty
The Druid path cultivates the Bard, the Artist Within, and fosters creativity

Love of Justice
Druids were judges, and law-makers. Traditionally Druids are interested in restorative, not punitive, justice

Love of Truth
Druid Philosophy is a quest for Wisdom

Love of Animals
Druidry sees animals as sacred, and teaches a body of animal lore

Love of the Sun, Moon, Stars & Sky
Druid Starlore, embodied in the old stories and in the stone circles, teaches a love for the Universe

Love of Each Other
Druidry believes in the magic of relationship, of community

May all these loves, and more besides, be with you as the wheel of the year turns,

Yours in the Peace of the Grove,