Our function is to establish new values, to create an overpowering sense of the sacredness of life, so that war will be unthinkable; so that when international disputes arise, even of the most grave character - when lives have been lost, when our rights have been clearly invaded - we shall not turn to [the] deliberate destruction of life as the means of settling those disputes, of avenging those deaths, of asserting those rights.
Crystal Eastman 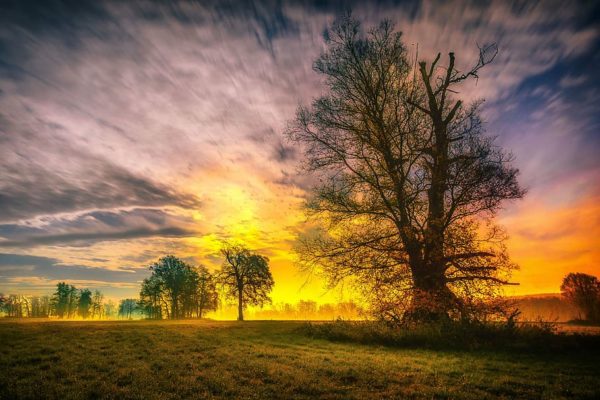 Every year at Samhuinn I sit down to look back over the previous year and to write a review of the year’s events and activities, from the point of view of the Order and of Druidry in general. This year has proved the hardest to review – the events of September 11th and their aftermath loom so large now that it feels hard to think back to the time before that – a time whose apparent ‘innocence’, however recent, now seems irrevocably unattainable.

Stephanie and I returned from New Zealand in January having spent the year revising the Bardic course and working with a designer in Wellington to make it look more beautiful. It took months to complete its preparation and printing, but now we are offering it to all members who have completed the course in the past. In those early months of the year a small team worked to produce 8 new booklets for the seasonal festivals – they include wonderful new solo rituals and greatly improved group ones too, together with more detailed information on the significance and historical background of each one. We’ve also produced ‘The Book of Ritual’ which explains the details of the ceremonies and suggests ways to work with them.

Gradually, over the year, three teams of translators have spontaneously organised themselves to translate the new ceremonies and Bardic Gwersu: in Holland, Germany and France. May they all be blessed with the time, energy and perseverance needed to complete the task!

In the field of publishing, unfortunately Cairistiona Worthington’s Druids – A Beginner’s Guide sold out and was not reprinted by the publisher, who cancelled the whole ‘Beginner’s Guide’ series. Plans are afoot to republish, but this will take a while. We published a collection of Nuinn’s poetry in the Spring, entitled Prophet, Priest & King, and Mara Freeman’s Kindling the Celtic Spirit was published in the USA by HarperSanfrancisco. Caitlin Matthews’ Celtic Wisdom Sticks – an Ogam Oracle appeared in the Summer – published by Connections. The oracular system suggested by Caitlin feels very natural and intuitive, and if you don’t have the time or inclination to carve your own Oghams, this set provides you with both the sticks and a hessian bag to keep them in. OBOD member Sandra Parsons’ book Seeking Spirit – a Quest through Druidry and the Four Elements was published by Capall Bann this year, as was The Voice Within the Wind by Greywind – launching a new Druid publishing venture called Grey House in the Woods.

Established Order events flowered once again, and new species have appeared too! Ana Adnan and Ronald Hutton ’s weekends in Wales have proved spectacularly successful – I managed to attend one this Summer, and the experience of staying in a palatial yurt beside Ana’s cottage in the wilds of the Gower peninsula was quite delightful. The group activities, Ronald’s powerful and evocative talks, the delicious cooking, the Billington’s home-made Elderberry wine, all combined to make it an event well worth the hours spent negotiating Britain’s now-quaint and ailing railway system.

The Ritual and Meditation workshops initiated by Susan Henssler have now been going for over a year, and their purpose is twofold: firstly, to give members the opportunity to work practically with the ideas of the course in a group setting, and secondly to train members to facilitate such workshops, or create new ones. After a year of training, Kate and Barry Reilly’s ‘maiden workshop’ for members from Holland and Belgium was a great success, and they are planning a Ritual and Meditation weekend for next year, which will have the added attraction of an optional day to explore the sacred sites of Cornwall.

The Assembly in Holland this year was full of excitement – I run out of superlatives writing these reviews! And I wish I had attended the Order’s Australian Assembly that was held in the spectacular setting of Uluru (Ayer’s Rock). Back in Britain, the camps have thrived, and Otter Bob has just finished making a second vast yurt-palace, which as I write, is filled with Samhuinn campers. Bob has also refurbished a caravan with showers and washing facilities, so gone are the good old days of shivering ankle-deep in mud waiting for the person ahead of you who has decided to wash their hair, apply Henna, and three rinses of conditioner before beginning their shower.

Our project in liaison with the National Trust, in which OBODies and friends live in benders in the woods in return for work continues – with even a successful birth occurring to a very happy Sam.

Iona this year brought members from America, Holland, Canada, Britain and Switzerland together and – as ever – the island wove its magic around us. Every so often it feels good to have a break, and Cairistiona and I both felt that next year the Iona Retreat should lie fallow. We’ve done this twice before during the last twelve years, and it feels perfectly natural – everything in Nature is cyclical and not linear, and somehow it just feels right to have a break in 2002.

The Assembly this Summer was so fabulous that we couldn’t wait a whole year to experience the fun, hence a new addition to the OBOD calendar – the Winter Solstice Gathering. If you haven’t been to one before, do come along. It’s perfect for spouses and friends who are a little wary of your Druid affiliations – the atmosphere, the food, the music will all combine to convince them you’re not bonkers! Roland Rotherham, talking on the Holy Grail on Saturday will be tremendous fun – he is a witty, erudite and a gifted speaker. And Ardan’s performance later in the afternoon will make the hairs on your neck stand on end! But please book as soon as you can – we need to get the numbers right for the copious buffet on Saturday night.

A major new initiative has finally been born in the distance-learning course of the Druid College of Healing. For a number of years we’ve been talking about this venture, and last year we held an inaugural Healing Retreat at the Ganieda Sanctuary in Western Australia. Now the course has been launched by Kennan and you can find details of it on the College section on the website. Unfortunately for logistical reasons it is only available via the internet. The course is designed to create a synergy between the members taking it, and the first students will be pioneers of this new venture – so do join it if you have an interest in the healing arts.

The OBOD website has grown tremendously in this last year. It now has over 1,000 pages in it, and those who haunt its maze of delights will need no convincing of the value of frequent visits. During the aftermath of September 11th the speed with which a website can be changed proved incredibly valuable, as we were able to post articles of interest and new ideas and responses to the crisis as they appeared. These can be seen via the heading ‘The Fate of the World – The Current Crisis’ and include OBOD member Sarah Fuhro’s astrological chart for September 11th, and thought-provoking articles by people such as Wendell Berry, Rabbi Michael Lerner and Deepak Chopra.

The Message Board of the website continues to be a focus for heated, and sometimes bizarre exchanges. Kids occasionally stumble into it from the hugely successful Druid internet game to our site and post messages such as ‘Help, the Druids have set fire to our village!’ but most of the time the discussion is lively and provides members with the opportunity to discuss Druid ideas with curious members of the public.

NOBOD – the internet forum for members – has finally burst its seed-pods and given birth to a cluster of new forums. Libby is busy keeping pace with these as she tries to develop a central location where members can see the range of internet forums available to members and choose the group that suits them best.

Working tirelessly behind the scenes this year have been the Order tutors who now number over 50 – all around the world – skilfully coordinated by Susan Jones, who recently completed the re-writing of the tutor’s manual. They have all had to digest the entire new course this Summer to prepare for those students following the new Gwersu. The new course is about twice as long and contains much more material, and I for one will be fascinated to see how new students respond to the material which in many ways is so different.

Whilst all this has been happening, I have been working on two new books – the first one is a collection of Nuinn’s essays with a preface by Ronald Hutton and an introduction by myself – entitled In the Grove of the Druids, it will be published by Watkins Publishing, and should be out in March 2002. The other is called Druidcraft – Lessons from a Hedge School of Magic. Published by Thorsons, and due out in June 2002, it looks at the connections between Druidry and Wicca, and explores subjects relevant to the Druid Way which have been somewhat neglected in previous works – such as the role of sexuality and magic.

While I’ve been working on this last book, the world has entered the difficult and often frightening phase that we now find ourselves in. We’ve always known about the threat of biological, chemical and nuclear warfare – and we’ve always known that terrorists might use these. But until September 11th we could push away our fears with the thought that such things were just too terrible to ever happen – with a logic that now sadly seems naïve and optimistic, we believed that even terrorist would have the decency to stick to car-bombs and the occasional hi-jack or hostage-taking. Leaving aside, for a moment, the metaphysical, moral and political issues that these events have raised, and looking instead at how each of us is affected emotionally and practically every day since September 11th, it seems to me that we are now faced with the starkest choice – between falling into cynicism, despair and fear, or reaching towards hope, trust and new vision.

Any doubt that I had, that our ideals were too simplistic or impractical have now vanished. I know that the ideals we espouse not only make sense but are vital for our world to survive. And I know that fear and despair simply paralyse one. The only practical solution is to constantly open to trust, and to work towards our ideals. As Crystal Eastman says in the opening quotation, ‘Our function is to establish new values, to create an overpowering sense of the sacredness of life’…

Yours in the Deep Peace of the Sacred Grove,