In September we held an event that we plan to hold every four years in the future – the Mount Haemus lectures. In a small village hall outside Oxford about 150 of us showed up to hear talks by the Mt Haemus Scholars, interspersed with music and entertainment from bards – from Claire Hamilton, Andy Letcher, Barry Patterson and Chris Park. 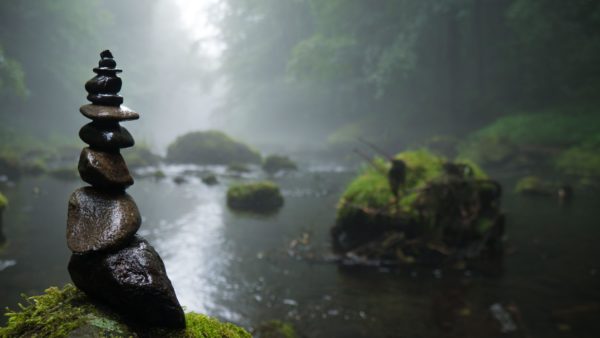 This year has been the fortieth year that the Order has been in existence here on the physical plane. Forty years is a long time and the Order has not been fully functioning for all this time. Nuinn founded it in 1964, but he died in 1975 and the Chief who took over the Order closed it in ‘the Apparent World’ almost immediately. There were only a few members, and with their founder gone John Brant didn’t feel it appropriate to continue. So after eleven years of existence it seemed to eclipse.

But this time of dormancy only lasted nine years, and then Nuinn appeared from the inner world and the process that will be familiar to many (and which I recount in the Foreword to The Book of Druidry) began whereby the Order entered a new cycle of activity. Four years of preparation began in 1984, until the Order ‘opened’ again in 1988, and now looking back I realise how important those four years were. We often need a good deal of time if we are to grow and develop something of value, and while four years can seem a long time to us while we are going through it, with the benefit of hindsight it is, of course, a drop in the ocean. When Nuinn asked me to re-form the Order in 1984, he refused to go into detail: “It will all become clear,” he told me. “Just find my book manuscript, start working the rituals again, and start putting the teachings into a form that can reach people wherever they live.”

And he was right – it did all become clear, because this inner plane invitation to re-open the Order was repeated to me four years later on the outer plane. I was visited at my flat in Primrose Hill by a mysterious trio (a triad!) on February 14th 1988 and was asked to open the Order again. They knew nothing about my ‘visitation’ four years previously, and so I was quite stunned by their invitation (literally – I felt very odd that day!). Looking back, of course I felt odd – that second invitation was to change the course of my life. I accepted their invitation and threw myself into the work, and things suddenly sped up. No more slow years of steady growth below the surface, in peace and quiet. The shoot had broken the soil and the reborn tree was busy growing fast! A third invitation rapidly followed – as apparently effortlessly, almost casually, as the previous two. I was introduced to a book editor at a dinner party and she invited me to write a book, which became The Elements of the Druid Tradition. And the rest is history, as they say. This trio of invitations catapulted the Order into a phase of burgeoning activity which has never stopped.

Sixteen years later this fortieth anniversary year has been no exception. More books have appeared, the camps have flourished, translations of the course continue in all sorts of languages, and events have been put on by members all over the world.

This second cycle of the Order’s life in this world has been characterised by a fantastic amount of team work. It’s as if a whole group of us has heard a call to work with this stream of spirituality and have rolled up our sleeves and helped out.

In these annual reviews I used to be able to mention everything that has happened in the world of Druidry and the Order, but now there are so many I can’t do this – so instead I mention just those I know about or that I can fit in before running out of space.

Let’s start with the world of books:
This year saw two new books published by women in Druidry: OBOD member Sandra Parsons: A Druid Abroad – A Quest for the Lady in Druidry and Emma Restall Orr’s Living Druidry.

Last year another member’s book was published: Cassandra Eason’s Modern Day Druidess, and these books, combined with Emma’s earlier ones, and Cairisthea Worthington’s Beginner’s Guide, mean that there is now plenty of material for someone to make a specific study of feminine perspectives in Druidry. Perfect for an MA or Ph.D, a Touchstone or website article, or another book!

The books mentioned above offer specifically female perspectives, but in addition to these there have been other books published by Druid women. Another member, Claire Hamilton has published two books this year which appeal greatly to Druid readers: The Celtic Book of Seasonal Meditations, and Tales of the Celtic Bards (which includes a CD of Claire playing the harp and story-telling). And in earlier years Caitlin Matthews, Elen Hopman, Kristin Madden, Jaqueline Memory Paterson, Maya Sutton, and Mara Freeman have all written books that do not deal specifically (as far as I know) with feminine perspectives, but which cover the topics of Druidry, Bardism or Celtic spirituality. This means that there are now more female authors than male in contemporary Druidism.

In the summer Weiser in the USA published a facsimile edition of Barddas by Iolo Morganwg, with an excellent introduction by John Matthews. It’s an important book to have on the shelf, and great to read John’s essay, but I find Iolo’s work pretty indigestible, and admire anyone who is diligent enough to be able to plough through it.

This Autumn The DruidCraft Tarot was published in the UK, and in Dutch, French and German editions. It will be published by St Martin’s Press in the USA next April. OBOD members are being fantastically creative this year, because another member has had a tarot deck and book published: Cilla Conway, whose Intuitive Tarot is based strongly on Jungian psychology, and whose Futurist artwork is reminiscent of the Thoth deck.

A clutch of OBODies (let’s have a competition for this: should a collection of OBODies be a swarm, a school, a clutch?) gathered at Britain’s first Tarot conference in October: Caitlin Matthews, Cilla Conway, Stephanie CG, Will Worthington, Dwina our Patroness, and probably others, gathered to hear lectures and to launch both The Intuitive Tarot and The DruidCraft Tarot. Some of them, I hear, drank pink champagne till the early hours of the morning.

This year we have decided to enter the digital age and have begun to film some events on DVD – to record them for posterity and so that members who can’t attend them can experience some of their magic too. It’s taking a while to sort out technical problems, but we plan to keep on recording events and next year we will announce when they are available. We have also begun creating an audio version of the Bardic course which should be available next year too. I am revising the Ovate grade and hope to have the new version available in English by next Autumn, with translated editions by Spring 2006.

The summer and winter solstice assemblies at Glastonbury simply get better each year. The winter one has been filmed and the talks by Terence Duquesne, Tim Freke, and Richard Thomas about the Afterlife are fantastic. At the summer Assembly we decided to honour three of our bards who have entertained us so much over the years: Arthur Billington, (who I think we should call King Arthur now, though I know he prefers to be called ZZ Birmingham), Jim Faupel (listen to his ‘Wicker Man’ on the Bardass II CD and be amazed) and Damh the Bard (who only has to walk on to the stage to get people cheering, clearing the tables and kicking off their shoes). They were all crowned Honorary Bards and were united again a month later when they played together in a presentation I gave at the Lughnasadh camp.

Jim Faupel came with me to Holland in June and we did double-acts at the Elf Fantasy Fair. Dave did a double-act with me at a talk I gave for an Anderida Grove camp in Sussex, and I’m looking forward to doing a similar thing one day with Paul Mitchell who appeared for the first time on the assembly stage this summer with his magnificently irreverent songs about Druids – and Bardic homework!

A month later in July we had our 10 day summercamp which was one of the best ever. We re-enacted the last part of the Lord of the Rings, sang and made music under the stars, and were educated and entertained by Ronald Hutton, Caitlin Matthews, Philip Shallcrass and Graham Harvey. After ten years of camps we’re having a break to review and incubate a new cycle, which will begin again next Beltane.

In August there was the Celtival in Broceliande – and for the third year running talk of Druids and the sounds of the harp mingled together in that magical setting. On the last evening, an OBOD member and Charlie & Sophie (our daughters) ran inside – they had seen five rainbows in the sky! By the time we adults emerged only two were left but the sky was alive with orange and scarlet clouds.

In September we held an event that we plan to hold every four years in the future – the Mount Haemus lectures. In a small village hall outside Oxford about 150 of us showed up to hear talks by the Mt Haemus Scholars, interspersed with music and entertainment from bards – from Claire Hamilton, Andy Letcher, Barry Patterson and Chris Park. Dwina, Penny and I introduced the day, Will Worthington displayed some of his original tarot paintings, and a fantastic 40th birthday cake for the Order appeared by magic in the afternoon. Thank heavens the event was filmed – it was a perfect summer’s day that ended in sunshine, with many of us sitting in the village pub, surprising the locals perhaps as we discussed John Michael Greer’s paper on Phallic religion in the Druid Revival. The book of these lectures and a DVD will be available next year.

And I still haven’t mentioned the Australian Assembly, the fabulous Druid camp put on jointly by Rainbow 2000 and The Druid Network, the re-activation of the British Druid Order after Philip Shallcrass’ well-deserved rest, the Eisteddfod competitions on the website Message Board, the creation of new forums for each grade, and a Sex and Spirituality forum, the Druid Conference held in Glasgow in September (organised by the indefatigable Potia who has also set up a ‘Druid News’ website: http://druidry.blogspot.com).

I wonder if there will ever be a year in which I write simply: Well, nothing much happened this year!