"The community that rises out of friendship, mutual association, and inherent enthusiasm is the best community of all. There is no need to force unity. Everyone is there voluntarily and enjoys the benefits of being together. The message is clear - give and you will never be alone." An OBOD member’s quotation of an I Ching reading, from 'The Living I Ching’ by Deng Ming-Dao 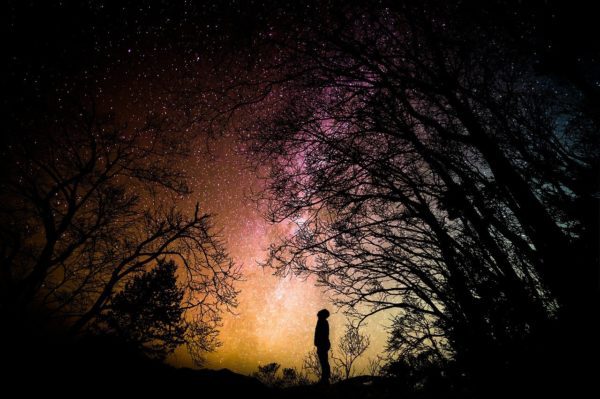 Imagine a field of stars in the night sky. As you stand gazing up in awe at the heavens you start to spot patterns, configurations of stars that seem to ‘belong’ together, some of which you recognize as constellations. Each star, and each constellation, is part of one family – the universe – but they also belong to families within families of different galaxies.

As I survey the life of the Order over the last year, against the background of the life of Druidry in general, and the wider story of all that has happened in the world, it’s as if I am looking at such a field of stars. As Order members we are all part of this spiritual family, tradition, culture or ‘current’, but we are of course embedded within the wider universe of all of Druidry, of all of the nature spirituality movements, and of all humanity.

Just focusing on the closest stars, I see within the Order both constellations and individual stars shining in the night sky. The membership has grown tremendously this year – more than any other year – and each one of us is a ‘lone star’, as many through choice or circumstance do not join a seed-group or grove or come to an event. But many are also part of a constellation, and each of these has their own distinctive feeling or ‘personality’. There are some members who love to go to the camps, others who are dedicated to their groves or seed-groups, others still who always make it to Gatherings. The Discussion Forums (Messageboard) has its own distinctive feel, with its regular and occasional visitors, the Facebook groups another feeling. The One Tree Gathering, although meeting only once a year, has developed a ‘personality’, and members have written about the 2018 gathering in Leicester for Touchstone and the website library.  In the ‘Tea with a Druid’ weekly video sessions there’s also a sense of community, and of course all these communities or constellations overlap and interact.

At the Winter Gathering in Glastonbury in December 2017 we asked long-standing member Kieron Sibley to record the event, and you can see his photos of both the Winter and Summer Gathering in the galleries on this page. On that day we held a ritual in Chalice Well garden, then another ritual with piles of mistletoe in the Town Hall. We crowned the founder of the Afro-Celt Sound System, Simon Emmerson, as Honorary Bard. Matt McCabe interviewed Simon in the morning and you can hear that on Druidcast episode 131. We then had a presentation on pilgrimage complete with singing from the founders of the British Pilgrimage Trust – listen to that in episode 130. In the afternoon we had presentations from Helen Woodsford-Dean, Cerri Lee, Lorien Cadier and Revd. Peter Owen Jones. As if all this wasn’t enough, we ended the day with our traditional feasting and Eisteddfod. Do you think Druids over-do things? “Definitely, but we love it!” I hear you cry.

At the Summer Gathering in Glastonbury I announced I would be handing on the role of Chosen Chief to Eimear Burke in 2020, and plans are already underway for a gathering spanning four days in June that year to give us enough time to truly celebrate this event. In addition to a ritual handing on of the role, we hope to have a Mt Haemus conference, a One Tree Gathering, and sessions on story-telling, Celtic culture and mythology, the Tarot, the Arthurian mythos, the environment, poetry, art and more! In the video gallery below this review you can watch the announcement of the new Chief in an edited 6 minute version. As I said in my announcement, I’m not going away, and I very much look forward to being an advisor to the new Chief. And at the moment I’m finding it so fulfilling to be passing on all I know to my new ‘apprentice’!

Apart from these two Gatherings, there have, of course, been all sorts of events organized by groups of members around the world. There was an international camp in Holland, a weekend for German-speaking members, the annual Assembly in Australia, and three camps in the USA: the East Coast Gathering, the Magus Gathering and the Gulf Coast Gathering. All of them a huge success by all reports. I was a guest at the Gulf Coast Gathering in March, and apart from treading on a snake, I had a ball. It was wonderful to find myself in such a different environment, but as always in OBOD gatherings, I felt that great sense of community and connection with the group. You can get a sense of what it was like to be there in a film of a presentation I gave (see the video below).

In addition to these events, there were many others, organized by the now more than 200 local groups that exist worldwide. Remember any member can start a seed-group, and you can find info on how to start one here. And you can always ask Shaun Hayes, responsible for groups in the Order, for advice: groups@druidry.org

The fantastic and uplifting thing about the Order is how de-centralized it is, how empowered the membership feels, which means there’s no one telling you what to do, and there are plenty of opportunities to either start initiatives or be of service if you want to. As always, this year I’ve been so impressed by the work done by members within the Order: the teams who run the online Discussion Forums, the office, the mentors, the various camps and gatherings, Penny who edits Touchstone, Damh who produces Druidcast, Maria who helps me so much, and will be helping Eimear, Adrian who bravely deals with the Press, and many more!

As the year unfolded, a number of new books on Druidry were published:

Silver Branch: Bardic Poems & Letters to a Young Bard by Kevan Manwaring, foreword by Caitlin Matthews. Kevan’s inspired poetry is prefaced by 42 pages that comprise a series of seven letters addressed to a young performance poet. A fantastic and extremely helpful read for anyone interested in performance poetry.
Celtic Druidry Handbook: An Evidence Based Guide by Isla MacKinnon. A brief overview, with material probably familiar to most members.
Celtic Cosmology and the Otherworld: Mythic Origins, Sovereignty and Liminality by Sharon Paice MacLeod. An original, scholarly but accessible work on indigenous Celtic spirituality.
Modern Druidism: An Introduction by Yowann Byghan. An idiosyncratic but comprehensive and very well illustrated book that unusually includes material on key figures in the Breton Druid movement.
The Bardic Book of Becoming: An Introduction to Modern Druidry  by Ivan McBeth and Fearn Lickfield, with an introduction by Philip Carr-Gomm. Long-time OBOD member Ivan offers his unique take on Druidry woven from his OBOD training combined with his love of Castenada’s and others’ teachings on shamanism and spirituality.
Pagan Portals – The Hedge Druid’s Craft: An Introduction to Walking Between the Worlds of Wicca,
Witchcraft and Druidry  by Joanna van der Hoeven. A brief beginner’s guide to Druidcraft. A more expanded version of Joanna’s take on this subject is due out next year.
The Winged Psyche by Philip Carr-Gomm. Conversations with muses or Otherworldy beings about the ‘big questions’ such as why we are here, and what happens when we die.
Member Barbara Stühlmeyer has had two books published this year: Elisabeth von Thüringen. Spiritualität, Geschichte, Wirkung, Topos, Kevelaer, 2018, and with co-author Karl Braun: Das Turiner Grabtuch, Faszination und Fakten, Butzon und Bercker, Kevelaer, 2018

Technically, these annual reviews cover from Samhain to Samhain, so the next book I’m going to mention should be covered in the 2019 review, but let me give you a head’s up. Angela’s last book was excellent, and I’ve seen an advance copy of this and can highly recommend it. It’s due out December 2018:  Healing Plants of the Celtic Druids: Ancient Celts in Britain and their Druid healers used plant medicine to treat the mind, body and soul by Angela Paine.

As I write this review, our trusty Pendragon, Damh the Bard, is about to release his second album of tales: Y Mabinogi – The Second Branch – Branwen, Daughter of Llyr. I’ve heard excerpts and it is stunning.

The days are drawing in now, here in the northern hemisphere, and it’s a good time to catch up on reading. I can recommend the paper from this year’s Mt Haemus award: Channeling the Awen Within: An Exploration of Learning the Bardic Arts in the Modern Druid Tradition by Dr. Dana Driscoll. In it, Dana looks at how OBOD has developed a style of Eisteddfod that focuses on process rather than product, and how shifting our concern from competition and trying to achieve perfection to nurturing the individual’s latent creativity brings its own special rewards.

In addition to looking forward to reading this Autumn and Winter, I’m enjoying so much our weekly meetings on Facebook Live. If you don’t have a facebook account, you can still participate – the videos appear weekly on Youtube, and of the two to four thousand people a week who participate, many can’t make the live broadcast time of 8pm UK time every Monday, but they can still contribute their comments, and be part of the experience. So far we’ve had myself, Damh, Eimear Burke, Penny Billington, Matt McCabe and Mentor Coordinator Steve Hounsome, on the ‘show’ and I hope we’ll get more Druids on board as the coming year unfolds.

Psychological research shows that having a sense of a deeper meaning to life, having a sense of belonging to a community of like-minded souls, holding to positive beliefs and engaging in practices like meditation, all contribute hugely to our wellbeing – to our physical and mental health. We may or may not have been drawn to Druidry out of a concern for our own wellbeing, but either way it’s good to know that it’s good for our health!