When we approach with reverence, great things decide to approach us. Our real life comes to the surface and its light awakens the concealed beauty in things. When we walk on the earth with reverence, beauty will decide to trust us. The rushed heart and arrogant mind lack the gentleness and patience to enter that embrace.” ― John O'Donohue, Beauty: The Invisible Embrace 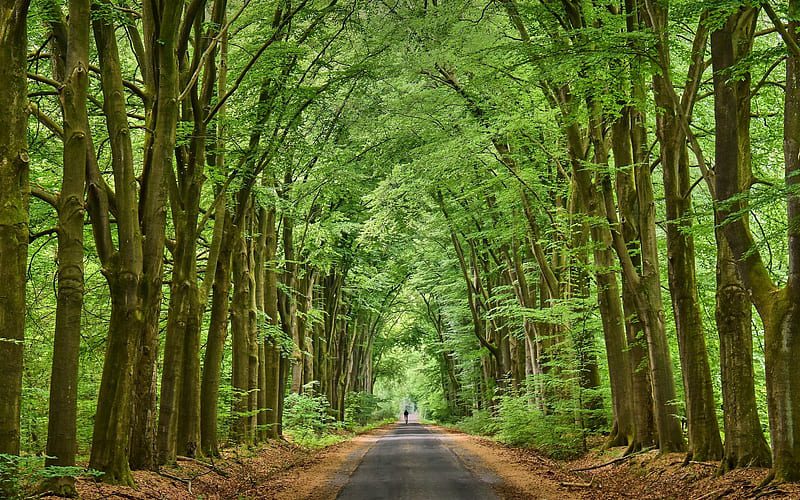 When we approach with reverence, great things decide to approach us. Our real life comes to the surface and its light awakens the concealed beauty in things. When we walk on the earth with reverence, beauty will decide to trust us. The rushed heart and arrogant mind lack the gentleness and patience to enter that embrace.”
― John O’Donohue, Beauty: The Invisible Embrace

This past year has continued to be dominated by the COVD-19 pandemic. Little did I expect, when writing last year’s annual review, that many parts of the world would still be dealing with lockdowns and restrictions, and with the uncertainty these bring.

One gift of the pandemic has been our ability to reach out to members through online ritual and gatherings. Many members, who could not previously share in ceremony or whose circumstances prevented them from attending gatherings, have been able to join more fully in the activities of the Order. Our online ceremonies to mark the Wheel of the Year have been wonderful opportunities for members to stand in a virtual circle in solidarity and support as a global community. Groves and groups who have been holding rituals and ceremonies for their own members have had an opportunity to share their gifts with the wider community.

We started with Alban Arthan with participants from different parts of the world.  The Mistletoe ceremony held in Glastonbury at the Winter Gathering is one of my favourite rituals. We saw a short video of Adrian and JJ harvesting the sacred mistletoe.  It was wonderful for us to be able to witness their harvesting ritual at the farm where they have been gathering mistletoe for about 20 years. They then laid some mistletoe on the Tor in Glastonbury.

In June 2021 we held our Summer Gathering online. While it was disappointing that we could not meet in person in Glastonbury, having an online assembly allowed members who have never been able to travel to attend and to hear our wonderful speakers. The morning session started with Ronald Hutton who gave a most interesting presentation on Sacred Waters in Britain. John Matthews spoke of his profound personal insight regarding Druidry & the Sídhe. Penny Billington gave a wonderful presentation entitled Sacred Landscapes. She took us on a visual journey to sacred places around Glastonbury, including some which were new to me but which I hope to visit in future. The online Eisteddfod was a great success. I was most impressed with Spiral Dance from Australia who had been up since 4am doing sound checks. Every contributor performed with passion and inspiration worthy of an evening in the Glastonbury Town Hall.

The feedback from these online celebrations has been that OBOD members are more than ever proud of and inspired by their fellow Order members, that solitary practitioners have the option of joining with others and that our sense of community has deepened as a result.

I hope that, even when we can meet physically, we will continue to hold online rituals to mark the Wheel of the Year, so that we maintain this world-wide sense of connection and community.

Philip has continued to be a vital and much-loved presence for Order members, offering his wisdom in Tea With a Druid (now Tea With Druids) every Monday night at 8pm.  One Druid, who probably speaks for many others, has said that these regular talks have been a real comfort and strength in the most disheartening moments of the pandemic. Philip’s Private Magicians Club and The Art of Living Well are ongoing.  I have continued to present Fireside Chat With A Druid at 8pm on Thursday nights, where I have weekly conversations with members of the Order, who share about their landscapes, lives, worldview, and practices.  Although Philip and I both took the month of August off, both of these events have now resumed and can be found via the Order’s Facebook page and/or YouTube channel.  For those who cannot watch live, the videos remain on the YouTube channel and can be viewed at any time.

In addition to building connections within the Order, I have worked to continue our tradition of co-operating with members of other spiritual traditions to discover commonalities and share ideas.

I and other members of the Order attended the One Tree Gathering online.  This is an event which explores and celebrates the idea that Indian and European culture share a common origin and in particular that Celtic and Druid culture may share the same source as the Dharmic cultures of Hinduism, Buddhism and Jainism.  This year’s focus was the Cycle of Life, and understanding the role of time and stories in our respective cultures.

I also contributed to the online International Centre for Cultural Studies (ICCS) 7th Global Conference, entitled “Ancient Cultures: Championing Humanity” with a video conversation about how ancient traditions inform our modern lives. Kris Hughes and Jonathan Woolley also contributed. I attended an online conference hosted by Ahmadiyya Muslim Community entitled: Women are Nation Builders where women from a wide range of religious and spiritual traditions were invited to speak.

I also gave a presentation for the Doreen Valiente Foundation entitled the Goddess in Irish Mythology.

I went to Germany in October. It felt very strange to be travelling after 20 months of restrictions. I ran a workshop on the Ancestors and it was attended by members from Germany, the Netherlands, Belgium & Switzerland. Together we were able to weave a magical connection with the ancestors of the past, present and future. Perhaps this was helped by the joy of being connected physically  after so much isolation. My hosts Bettina & Egbert took me on a  tour of the city of Münster. We visited the place, now a museum, where the peace treaty of Westphalia was signed in 1648 which ended the 80 year war in Europe. It took 5 years to negotiate this peace treaty. What really excited me was that they are trying to apply the principles of the treaty to peace negotiations in the Middle East. What a gift from the ancestors!

This past year has been a busy one for the office. Stephanie retired at the end of 2020, and a very big thanks to her for her years of hard work and dedication to the Order. The good news is that she is still our Scribe so we are still safely held. Matthew, Sarah, Damh, Annie and Kate are running the office. Earlier in the year the Bardic Course was launched online and we now have many members studying online. Touchstone is also available online. For those members who still enjoy the tactile sensation of paper both the Bardic course and Touchstone are still available in hard copy. Over the summer we launched the Druids for Justice Page on the website: many thanks to all those who submitted such rich and insightful articles.

Because of the continued COVID restrictions many Seed Groups and Groves have been meeting online to have their own rituals or just to connect. In September, the Macadamia Grove in Australia held the second Southern Hemisphere OBOD Assembly online (SHOBOD). They were able to create a magical online space for ritual, workshops and connection.

Dragon Oak OBOD Retreat (DOOR) in the USA were fortunate enough to have their gathering physically.

Lorien Cadier who works with Sacred Earth Activism in a sub-group called Water Warriors organised an exciting initiative called Back to the Source for World Rivers Day on September 26th, where we were invited to honour our sacred waters in ceremony and sacred action. I am always heartened to know that so many people around the world can hold ritual for a particular purpose and how powerful and magical such action is. Lorien has written an article entitled When the Rivers were Goddesses which can be found at https://www.sacredearthactivism.org/news/backtosource

In early November we launched the OBOD Online Climate Listening Circle. This is the brainchild  of Harriet Sams, an Eco therapist, where members are welcome to join a space to share their feelings about the current climate emergency. The focus is to provide a safe and sacred listening space for members to talk without being judged or preached to. Harriet is supported by listening volunteers. The listening circles are held on the first Wednesday of the month at 7pm UK time, via Zoom. Contact Harriet at: harrietlock@googlemail.com

Larisa White and Neil Pitchford presented their film about contemporary World Druidry, entitled, “Cultivating Honorable Relationships with the World: Lessons from the ‘Scriptures’ of Druidry,” at the 2021 Parliament of the World’s Religions on October 17th. The official YouTube Premier of the film, was held on October 30th  https://www.youtube.com/watch?v=SX_t_n-k-gc

The amazing Penny Billington is running a 4-week online course, Crafting the Druid Path, accessed via pennybillington.com. The OBOD Inner Journeying and Ritual weekends recommenced in November 2021, run by Penny and Matt McCabe.

The Sisterhood of Avalon and the Coracle held their 2nd online Women in Druidry conference in November and Order was well represented with presentations from Cerri Lee, Joanna van der Hoeven and myself.

Mt Haemus is 21 years old this year and the award went to Dr Larisa White for her paper “World Druidry: Seasonal Festivals in a Globalising Tradition”. This came from Larisa’s World Druidry Survey 2018-2020, listening to the voices of Druids from diverse backgrounds all over the world.

There were a number of interesting articles on Druidry and the Order, including:

This year has also produced many books on or related to Druidry from our members. I hope we have not left anyone out. If so, please let us know.

May the next year bring some hope, if not for a way out of COVID, at least for a healthy and less restrictive way of living with it. The good news is that we hope to have our Summer Gathering in Glastonbury on June 4th and 5th, plus a two-day fringe on the Monday & Tuesday. I really look forward to the day when we can again stand physically together in circle.

“When you regain a sense of your life as a journey of discovery, you return to rhythm with yourself. When you take the time to travel with reverence, a richer life unfolds before you. Moments of beauty begin to braid your days.”
― John O’Donohue, Divine Beauty: The Invisible Embrace