Touchstone is our English language magazine. It is delivered digitally by email as a PDF monthly (eleven times a year, with no edition in December). It is sent free to all members taking the course, and once you have finished receiving course material, you can subscribe separately.

Touchstone is only available to members of the Order.

Our Journals Across the World:

Serpentstar is the magazine for Australasian & Oceanian members

Dryade is the Dutch Language magazine

Druidenstein is the German language magazine

Menhir is the French language magazine

Ophiusa is the Portuguese language magazine Touchstone began its first incarnation as the ‘OBOD Newsletter’ in 1988. At first, when the membership of the Order was relatively small, it appeared intermittently, and was put together by Philip & Stephanie in the office. In 1990 Clive Culbertson of the Coleraine Grove in Northern Ireland edited one edition. In 1991 a group of Dutch members edited a bilingual edition, and then Cairisthea and Will Worthington of the Northern Grove in Lancashire edited three editions, wonderfully illustrated by Will and Nolan Worthington.

The newsletter varied in size and length, and although we tried to keep to quarterly editions, no one ever quite knew when it would land on their doormat. As the Order grew, it became necessary to keep members more regularly informed of news, events and contacts, and by 1993 the Newsletter was being issued monthly (except December) from the office in Lewes, under the editorship of Walter van Rijn.

After about a year Walter decided to devote more time to his music and shamanic concerts, so Maddy Johnson took over in 1994, and the editorship moved to her home in Derby. She developed what was then the Order’s Newsletter into the Order’s Journal, Touchstone. In 1997 Dave Smith, in Portslade, Sussex, became the editor, and then in 2000 Touchstone found itself again being edited in Derby – this time by Penny Billington. Penny has since moved to Wells in Somerset and has been editing Touchstone for over a decade.

We publish 11 times a year with issues normally having 16 pages. Regular features include Stories; Skywatch, the astrology column; Sacred Space; The Green Page (the eco forum); Open Forum (members’ letters); Members Noticeboard, Events Listing for the forthcoming month or two; Druid News and Information, Reviews, editorials, plus other feature length articles, poetry, artwork and wise thoughts from members all over the world. 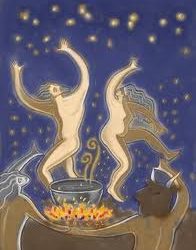 "The light shines not on us, but in us.
The rivers flow not past, but through us…"
John Muir 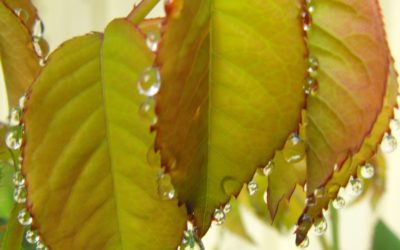 by Walter van Rijn
Let me take you back to the beginning. The 100th Touchstone sparked off a search for the first one. 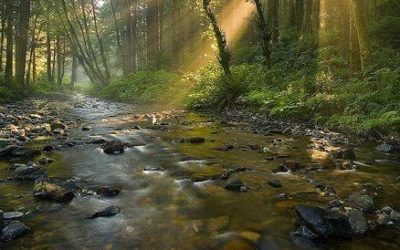