One of the most striking characteristics of modern Druidry lies in its tolerance of diversity. People are drawn to Druidry because they can practise and study it on its own, or in combination with other spiritual paths.

Each spiritual way has gifts to offer, and some people find in Druidry all the spiritual nourishment they need. Others combine their Druidry with other approaches, such as Wicca, Taoism, Christianity, Buddhism, Hinduism or Jainism.

The Order of Bards Ovates & Druids has grown out of an approach to Druidry that recognizes the universal truths in all religions. This Universalist approach was taken by the founder of the Ancient Druid Order, out of which OBOD developed, and has found its expression in the work of many thinkers, including Aldous Huxley and Frithjof Schuon whose respective books The Perennial Philosophy and The Transcendent Unity of Religions explore the core teachings that are present in all religions.

The contemporary composer Sir John Tavener expresses these ideas in his music, drawing on the inspirations of Orthodox Christianity, Hinduism and Native American traditions to create music that can inspire the follower of any faith. He likes to quote the 12th century Sufi Ibn’Arabi who wrote: ‘Do not attach yourself to any particular creed exclusively so that you disbelieve in all the rest, otherwise you lose much good, nay you will fail to recognise the real truth of the matter. Let your soul be capable of embracing all forms of belief.’

Not all Druids espouse such a Universalist stance, but that again points to the strength of Druidry today: it can include those who hold to just one approach, as well as those who seek to connect to the universal truths found in all approaches.

In this section of the website you can explore the connections between Druidry and Wicca, Christianity, the Dharmic religions of Buddhism, Hinduism and Jainism, and the Naturist way of life. Also see the book Seek Teachings Everywhere: Combining Druid Spirituality with Other Traditions by Philip Carr-Gomm. 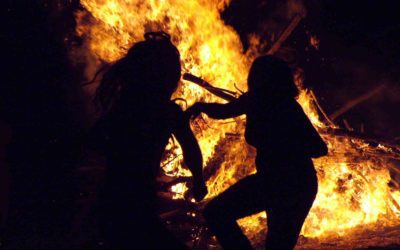 There are a number of similarities between the two paths, and some people combine Druid and Wiccan ideas or practices, just as others combine other spiritual ways with Druidry. This combination is sometimes called Druidcraft. 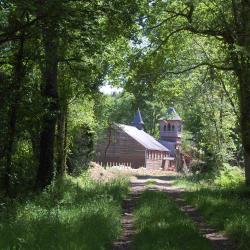 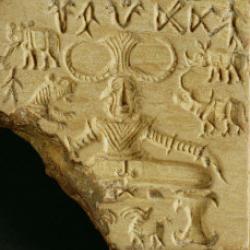 Druidism and the Ancient Religions of India

"The very name Druid is composed of two Celtic word roots which have parallels in Sanskrit. Indeed, the root vid for knowledge, which also emerges in the Sanskrit word Veda, demonstrates the similarity. The Celtic root dru which means 'immersion' also appears in Sanskrit. So a Druid was one 'immersed in knowledge.'"
Peter Beresford-Ellis

"Be glad, my merry friends, and let the warm sunlight heat now heart and limb! Cast off these cold rags! Run naked on the grass, while Tom goes a-hunting!"
Tom Bombadil in J.R.R.Tolkien's Lord of the Rings