Druidry has a great respect and reverence for places that are ‘in between’ worlds. The seashore is one such place, where the three realms of Earth, Sea and Sky meet. There is great power in places such as these. It is the time of greatest light when the Solar God is crowned by the Goddess as the King of Summer. It also brings some sadness because from now until Alban Arthan, the Sun’s strength is declining and we have entered the waning year. For some this is the time of the Dark Twin, or Holly King, who is born and will take his crown at Alban Arthan. Of all the festivals Druidry is mostly associated with Alban Hefin. The wonderful white-robed figures filmed at the dawn rituals at Stonehenge are testament to this. However, to many Druids it is the turning seasons and the cycle of life, death and rebirth – reflected in the Wheel of the Year in its completeness – which are significant 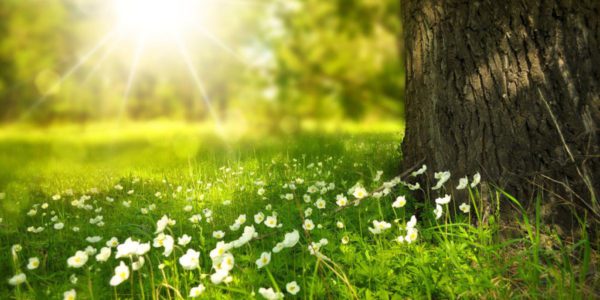 The Summer Solstice is the time of maximum light – when the countryside around us revels in colourful and fragrant splendour. This time is known in the Druid tradition as that of Alban Hefin – ‘The Light of Summer’ or ‘The Light of the Shore’.

At Alban Hefin the spiral of the year has expanded to its widest point and now the hours of light are as long as they will ever be. After 21st or 22nd June, the sun’s power will begin to wane and the days grow shorter. The sun has touched the northernmost point along the horizon and is about to embark upon the long journey back south, ending at Alban Arthan, the Winter Solstice, in mid-December in the Northern Hemisphere. In the Southern Hemisphere, the Summer Solstice falls on 21st or 22nd December, with the sun touching the southernmost point along the horizon. 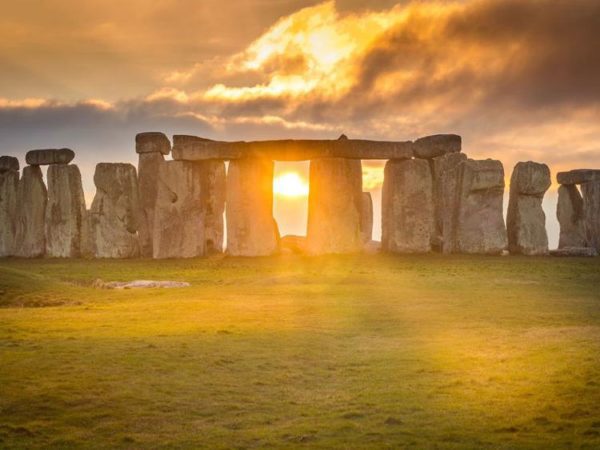 The Summer Solstice time was an event of tremendous importance to the proto-Druids of the New Stone Age, who built a number of magnificent megaliths aligned to the sunrise on this day. In southwest England, the thread of tradition connects the 5,000-year-old temple of Stonehenge with ritual activities through the Bronze Age, the Iron Age, and into modern times. Today many modern druid orders, including The Order of Bards Ovates & Druids, gather here to watch the first rays of the sun shine above the ‘hele stone.’ Another great stone temple to the Summer Solstice is at Callanish on the island of Lewis, in the Outer Hebrides. Here, four rows of stones lead into a circle from the four directions, forming a Celtic cross in the landscape, and the stones form an astronomical observatory aligned to the solstice sunrises and sunsets, as well as to the equinoxes. Callanish is so far north, the sky never actually darkens on a midsummer night. This is also the case at the mysteriously beautiful stone circle, the Ring of Brodgar, on Orkney, which was known for centuries by local people as the Temple of the Sun, aligned as it is to the midsummer sunrise. 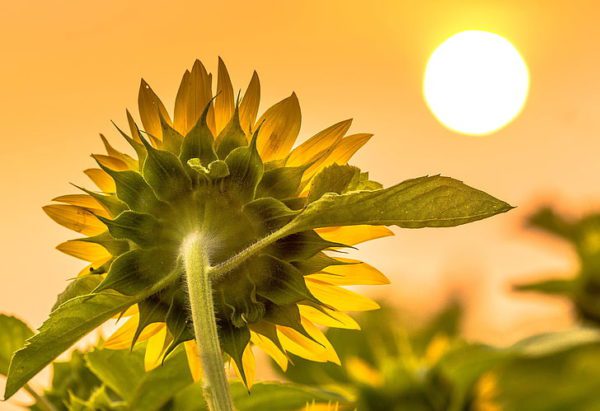 ln Cornwall and Wales, boys and girls, bedecked in garlands of flowers, went dancing and spinning around the great fires. Young men whirled flaming brands around their heads to form sun-wheels, balanced blazing barrels on top of poles or performed feats of daring such as jumping through the tall flames – perhaps to encourage the corn to leap up too. When the flames died down to glowing coals, dancers held hands and skipped through them, being careful not to break the chain, which would bring bad luck. The ashes from the fires were believed to have magical powers, and farmers carefully collected them to scatter around their fields or the animals’ barns. The old bonfire customs lasted well into modern times, and still continue today in Cornwall, thanks to the efforts of the Old Cornwall Society in keeping the old ways alive. On St. John’s Eve, every hill in Cornwall blazes like a beacon that can be seen for miles around, as they did in days of old, while in some towns chains of dancers spiral through the streets in the ancient serpentine dance. 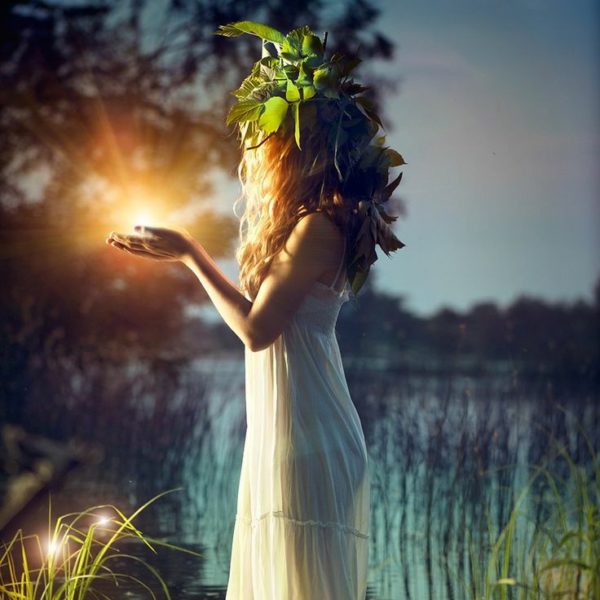 On this night in County Limerick, Ireland, people processed up the hill of the faery queen Áine, whose name means ‘Brightness,’ and who was probably once a goddess of the sun. They set light to bunches of straw and hay called cliars that they waved among the fields and grazing cattle to ensure good crops and healthy beasts. When the great fire was lit at the top of the hill, Áine and her faery tribe came out to join in the revelry.

The Summer Solstice was one of the three Spirit Nights of the year, the other two being Beltaine and Samhain. Faeries and ghosts were abroad, easily visible to those whose sensitivities made the veil between the worlds appear exceptionally thin. This was a good time to cull magical and healing herbs: fern seed gathered on midsummer’s eve could make one invisible; elderberries warded off enchantment; stonecrop, vervain, and yarrow were hung in special places around the house for protection against the evil eye and death. Above all, this was the time for the plucking St. John’s wort, the golden, star-shaped flower that was first of all herbs to be gathered on St. John’s Eve. Called the ‘blessed plant’ in Wales, it was renowned throughout the Celtic lands for bringing peace and prosperity to the house, health to the animals and a bountiful harvest. It was cast into the midsummer bonfires in Scotland, and placed over the doors of houses and farm buildings for its protective powers. For these magical plants were filled with the energy of the sun at its peak, now transformed into green blessings for the human realm. 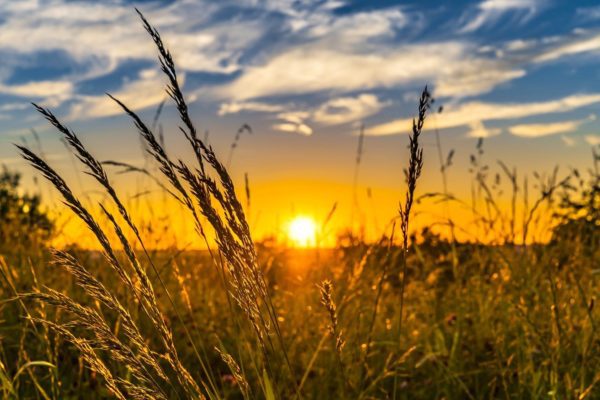 More About The Summer Solstice:

The Bull on the Path and the Summer Solstice