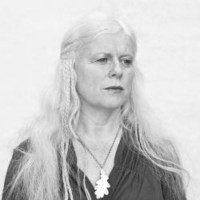 On 6th June 2020 Eimear Burke became the Chosen Chief of the Order.

Eimear, who lives in Kilkenny Ireland, first became interested in esoteric matters while she was living and working as a nurse in Kenya in the early 1980’s.

She graduated with a degree in Psychology from Trinity College, Dublin in 1988 after which she went to Lesotho, Southern Africa where she lectured in a health training centre and worked as a training consultant to various NGO’s. She joined a healing and meditation group and encountered traditional healers and began her training in indigenous healing methods. In 1991, Eimear returned to Ireland and received an MSc in Counselling Psychology in 1993. She then set up her private practice as a Counselling Psychologist, training consultant and EAP provider. She was a guest lecturer in Trinity College for 6 years and taught Human Development on a Development Studies course in Dublin and Tanzania for 25 years. In her annual visits to Tanzania she worked with traditional healers from different cultural backgrounds, taking part in ceremonies and discovering the common threads between indigenous African traditions and Druidry.

Eimear joined OBOD in 2003 and since then has held seasonal ceremonies in her Grove in Kilkenny to mark the Wheel of the Year. She has studied Reiki, Shamanism and Herbalism as a complement to her Druidic practice. In 2010, with her late husband Howard Campbell (also an OBOD member), she co-founded Kilkenny Druid college. Together they ran workshops on Druidry, Wild Food for the Soul, Labyrinths,  Spirit of Trees, Gardens for the Soul,  Triskele and Triads.

She met Olivia Robertson, Co-Founder of the Fellowship of Isis, in 2010 and then became a member. She was ordained as a Priestess of Danú by Olivia in 2011.

She is a celebrant of Rites of Passage. In 2014 she became a solemniser of legal Pagan Marriages in Ireland. She is a mentor for Italian OBOD members, likes to play the harp, and is  a storyteller with a particular interest in Irish mythology and re-telling tales from a less patriarchal perspective. See her website here. Listen to an interview on the Forest Spirituality podcast.  And see this article for more background.