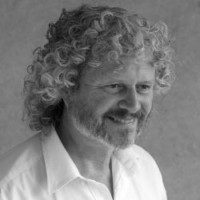 He studied meditation in Ireland with Olivia Robertson, who later founded the Fellowship of Isis, and in his twenties he founded The Esoteric Society in London, which organised journeys for members to Bulgaria and Egypt, and hosted talks on spiritual subjects by authors such as Gareth Knight, W. E. Butler, and Arthur Guirdham.

In 1975 Ross Nichols died, and Philip followed a Bulgarian teacher, Omraam Mikhael Aivanhov, for seven years, giving talks on his teachings and helping with the translation and publishing of his books into English. He also travelled to Bulgaria and studied the work of Aivanhov’s teacher, Peter Deunov, visiting Sofia annually for fourteen years, teaching Deunov’s Paneurhythmy dance in England and at Findhorn in Scotland. In his thirties he turned to a study of psychology, taking a BSc degree at University College London and Jungian analysis, with plans to become an analyst. On discovering Psychosynthesis, he trained instead as a therapist at the Institute of Psychosynthesis in London and began a private practice.

In 1988 he was asked to lead The Order of Bards, Ovates and Druids. He organised the Order’s teachings into a distance-learning course, and edited Nichols’ book The Book of Druidry with John Matthews. Since that time, the Order has grown to become the largest Druid teaching order in the world, with Professor of History Ronald Hutton writing that the OBOD course ‘arguably represents one of the major documents of British spirituality from the late twentieth century’ (Hutton, Ronald, ‘The New Druidry’ in Witches, Druids and King Arthur, Hambledon & London, 2003, pp. 239–258).

In Druid Mysteries Philip writes: “When I met my old Druid teacher, he had spent years studying mythology – the old gods and the old stories – but he wanted to make his knowledge relevant to the world he found himself in. He had lived through two World Wars and the Depression. He saw the alienation of young people from the Natural world, and he saw the ravages that industrialisation was causing in the land and in the souls of the people around him. He studied the psychologies of Freud and Jung, and involved himself in social work, and the idealistic youth movements of Woodcraft Chivalry and the Kibbo Kift. He saw Druidry as holding the potential to bring people back into touch with the land and the seasons, and with the purpose of being alive. He wanted Druidry to draw on its historical roots, but he wanted it to be relevant to people’s lives today, and not simply a subject for escapist fantasy or exclusively historical speculation. I have continued his work and the work of the Order in this same spirit, because I believe that the old ideas can be enhanced and made more relevant to our modern lives if we work in this way.”

Philip handed on the role of Chosen Chief of the Order to his successor Eimear Burke in June 2020. You can see Philip’s website and blog here. He has an online school which offers courses, The Art of Living Well.