A Circle of Stones

Devotionals are ritual acts and meditations that are designed to focus your attention on a particular deity or group of deities. These rituals express connections between you and your Gods and Goddesses…

A Circle of Stones 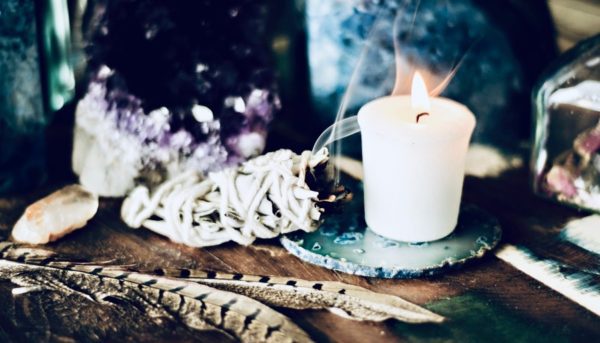 Devotionals are ritual acts and meditations that are designed to focus your attention on a particular deity or group of deities. These rituals express connections between you and your Gods and Goddesses. They can also be done for Ancestors, as they often are in Shinto and other ‘ancestor worshipping’ religions. Rituals of devotion to land spirits are common in folk religions like the Celtic “fairy faith.”

A devotional is not a ritual that asks for something. A ritual for prosperity is not a devotional ritual, nor is a love spell or a protection spell. Instead, the rite places you firmly within a relationship between yourself and your deities. Ancestor devotions are done to reaffirm your link with friends, family and significant people who have gone into the House of Donn, as well as the unknown and unnamed ancients who walked Pagan paths before you, and to remind them that you are still thinking of them. Land spirit devotionals are often done to gain a better relationship with them, and to prevent any mischief they might be prone to cause.Devotions to deities are performed to gain a better understanding of the deity, and the Gods and Goddesses will often share information with their devotees. 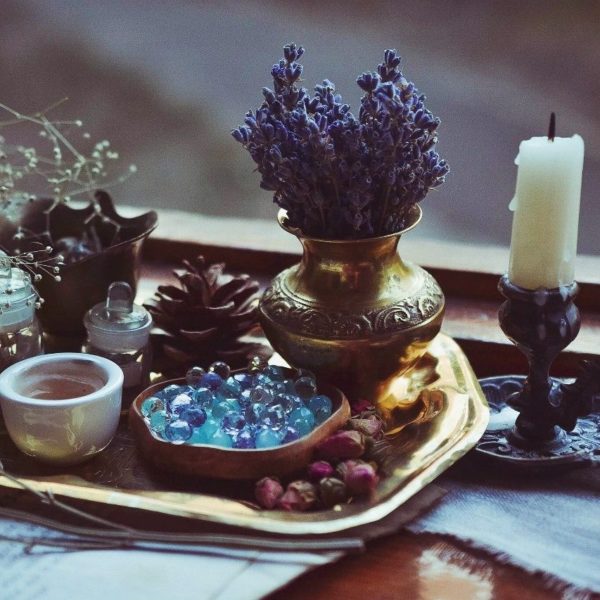 Through the process of your rituals you will discover things that the deities are associated with, what they like, and also the things that displease them and which you should avoid. Researching and preparing a devotional ritual shows the deities that you are actively interested in interacting with them, and it may call their attention to you in a positive manner.

Reading and meditation are important before you begin to design your altar and your devotional rituals. Both are necessary and will give you the basics of symbolism for setting your altar, and the names and some of the titles by which your chosen deities should be addressed. Your work will reveal tales and material which can become the basis for the words of your devotional rites, as well as the conditions and situations in which each deity is most often encountered. A devotional can of course be done with no props other than your intent, particularly when very little is known about a deity. But using linking symbols, if they are available, is always helpful.

Preparation is no guarantee of instant success, but neither is sincerity alone. Time and effort are both important ingredients for your devotional work. The nature of spiritual work and development is slow and painstaking. Success will undoubtedly come, but you must reach for it and put your best effort into your workings. Always remember that what you get out of your devotional rituals will be dependent upon what you put into them. Your effort may be great, but your rewards will be greater. 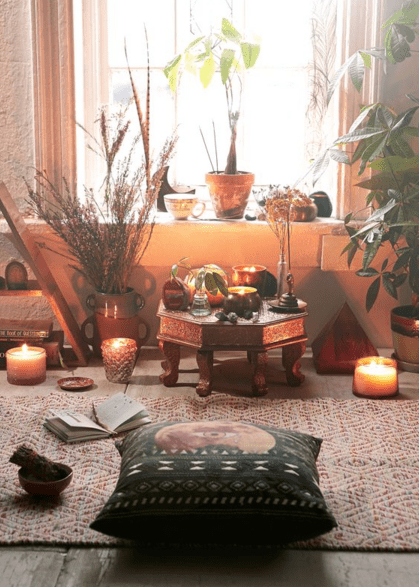