A Hut I Call My Own

In July, 2001, I wrote a small article for Touchstone called, “A Personal Space – An Idea on how to achieve it!” Now, nearly 2 years later, I find myself still enjoying that small shed at the bottom of my garden. Initially, the idea was just to have a place where I could study and…

A Hut I Call My Own 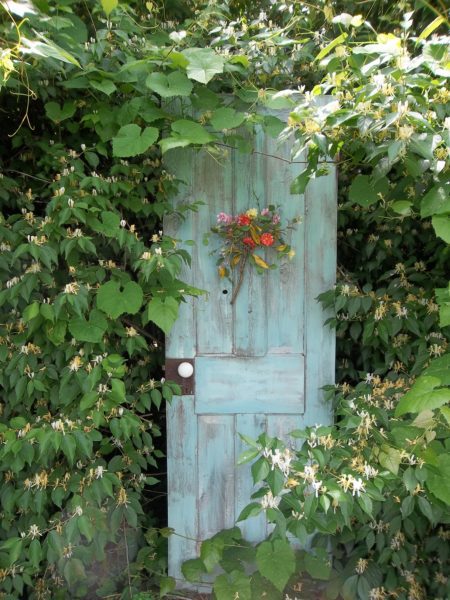 In July, 2001, I wrote a small article for Touchstone called, “A Personal Space – An Idea on how to achieve it!” Now, nearly 2 years later, I find myself still enjoying that small shed at the bottom of my garden. Initially, the idea was just to have a place where I could study and meditate in peace and privacy. With four other adults living in our open-plan style house it was a little awkward, to say the least, to cast a circle in which to work in. About a month after the hut was erected, I tried sleeping in it. The first night was scary even though I was in my own garden. Unidentifiable sounds kept me awake at night, and the hard floor made me realise where forgotten bones and muscles were. My husband continually reminded me to lock its door, just in case. Sometimes I would listen to people on their way home from the pub or a party in the back road, laughing and shouting, oblivious of me in my little hut.

The weeks passed, and it became normal to say goodnight to the family, and walk down to my hut at the bottom of the garden. My husbands job requires him to get up at 2.30 a.m. 6 days a week, and the disruption to my sleep during the early part of 2001 made me cranky, tired and aching in the mornings. After about six weeks of sleeping in my hut, on its hard floor (with a 2 inch mattress), away from the house double-glazing and central heating, my friends and family say that I look more healthy, more alert, happy and relaxed. My backache has gone, my headaches rarely trouble me and I feel more peaceful. My hut has only one small electric radiator, so I’m not surrounded by continual electric energy from clocks, T.V, computer and lights. I wonder whether, in our quest for modern, sterilised living, we haven’t lost something vital to the well being of our own bodies. 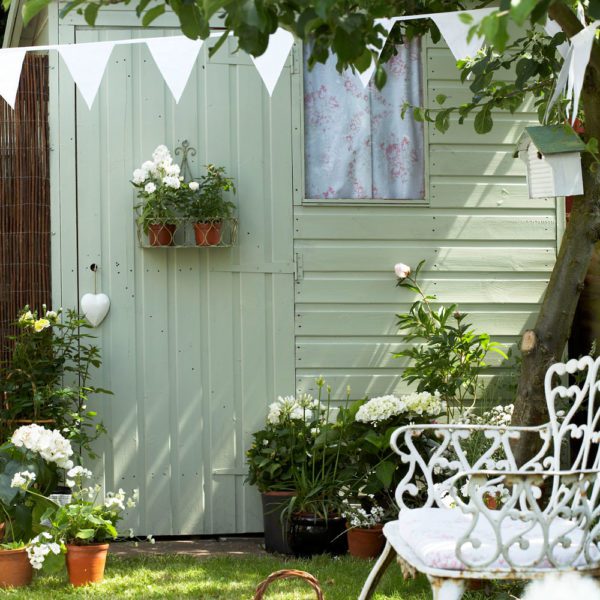 Our garden was full of life at Beltain, the gentle snowdrops of Imbolc giving way to the pale yellow daffodils and brightly coloured pansies. Sedum clumps are growing strong so that when they flower, the butterflies will come to visit. Already, there are huge bumble bees checking out the flowers, whilst our varied resident birds ensure that their “territory” is secure for another year. Blackbirds sing in the early dawn right through to twilight. Magpies, crows, rooks and occasional ravens swoop and cuss each other. The wood pigeons strut about in lordly splendour, whilst the ring doves eye up the grain that fills their table or coo to each other. Smaller birds such as the chaffinch, sparrow and Blue Tit visit daily. There is a fearless robin who comes close to me, either by my feet or sitting on an apple tree branch singing lustily as I feed my ferrets. We have squirrels that scamper along the fence and leap onto the bird table to get at the wire-caged nuts, before sprinting off again across the garden. Their early morning race across my hut roof sounds as though they are wearing hob nailed boots.

Our 30 year old apple tree has bloomed majestically once again, and in the recent stiff winds of late April, laid a pale pink and white carpet that covered the grass right up to my hut. The Ash tree that seeded a few years ago by itself is in full leaf again, one moment bare and the next wearing a soft green mantle. Beneath is the dark green holly and ivy, and a small clump of bluebells that survive all odds to bloom each year. 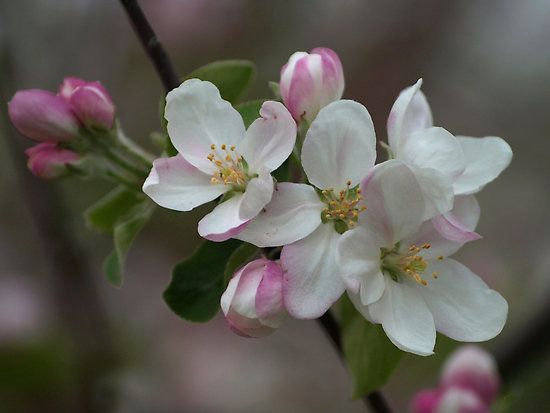 The Birch Tree that was given to my husband and I when we renewed our wedding vows of 25 years at a Hand Fasting ceremony at Stanton Drew in 1999, rustles her pale delicate leaves as I walk past. And at the bottom of the garden, lies my Nemeton, the little hut that I call my own.

The hut is small, just a normal 8’x 6’ summer house, with smooth, sanded walls inside, unlike the normal tool shed with its rough interior. It is raised on blocks so that air can circulate beneath and keep the structure fresh and dry, even in the heaviest downpour.

South is marked by candles and an oil lamp, my main source of light at night, with my water chalice in the West, a Dragon clock for North, and feathers in the East. The feathers were all collected from our garden throughout last year as I wanted to make something with them, but failing to find a convenient container to keep them safe, I stored them in a bone horn that is pinned on the east wall. Now I realise, the feathers had actually found their own Quarter. 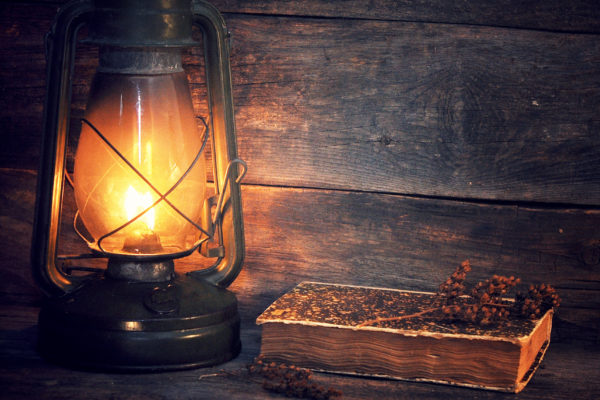 My family say my hut must be Tardis in disguise because they see me take items down into it, but rarely anything is thrown out. It is amazing what you can put inside your hut if you position things neatly. My staff used to stand in a corner, but my father helped me put some brackets up on the ceiling, and now it is out of the way, safe and in full view. Unfortunately, due to its shape and curve, it cannot lie snug against the rafter, but it is safe from being accidentally knocked over. This is why my robes are hung in the North, away from all candles and incense burners.

Safety is something that you must take seriously, especially when candles are burning inside a wooden hut.
In front of the window, hangs a crystal pendent, which catches the early morning rays of the sun and casts multiple colours across the walls and ceiling adding to the magical aura of this sacred place. When I first moved into my hut, it was new, fresh and bare. Gradually, over the past 2 years, it has taken on an aspect that I would never have believed. I used to feel awkward sitting inside, wondering what the neighbours thought, and the first weeks were uncomfortable, especially sleeping at night on the hard floor. During the first winter gales and storms of 2001, I wondered whether I shouldn’t just move back into our comfortable, warm bedroom with its comfortable bed.

During the gales of 2001, I would lie there listening to the power of the wind, and the groaning of the trees nearby, and feel the rain lashing down. It was a major test of my hut to see if it would be able to survive whatever our English weather could throw at it. When the thunder rolled, and the lightening cracked across the sky, I could actually feel the strength of the elements through my entire body. Then the snow came and carpeted the ground in its cold embrace, and I was thankful for the small, compact radiator that my husband had installed for me. My bedding was simple: a good sleeping bag, with a couple of blankets and my heavy bedu coat from my time in the Middle East. I survived my first winter, and saw and felt the coming of spring.
Throughout 2002, I experienced the seasons as they changed and felt a change within me also. I was no longer afraid of being alone at the bottom of our garden, I no longer felt cut off from the elements that governed our world. Slowly, I felt myself opening up to what was around me, like a small window of nature. I started to notice things. The first buds of the season on our trees and plants, the subtle changes in the colour of our tall Cypress tree, the perfume that comes with the blossom, the small snails on the lawn, the wasps that are drawn to the ripening fruit, and the spiders that share my space. 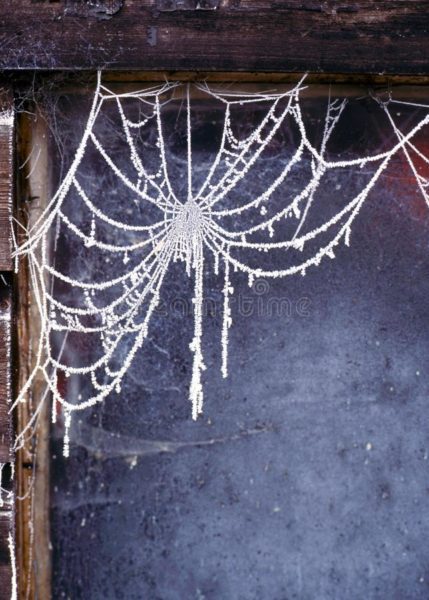 Ah yes, the spiders! Some small, some large black ones. Mostly, they like to hide behind my robes, and when I take a robe to wear I must shake it out gently to ensure that any lodgers are removed. At first I was apprehensive, wondering how I would react to spiders and other creepy crawlies moving over me as I slept. I’m not exactly a lover of the insect world. The first week or two were the worst, but then it was as though they respected my place there, as I respected theirs. We share the space, and I rarely see them as they keep to their own corners or ledges. The other day, a huge bumble bee buzzed against the bead door curtain, then pushed inside. It flew around in a lazy circle, then left. Now and then I will burn incense and let the smoke fill the hut to cleanse it. Every couple of months, I empty the hut and give it a good cleaning.

As the seasons move on, my experiences within my hut become more intense. Working through my rituals, or meditation, I find myself going deeper than I had been able to before. There is a peace within the hut and the more work I do there, the more special that space becomes. When the moon is bright in the night sky, I feel the caress of the Goddess as she lights the way to my hut, turning the beautiful sun coloured garden into a magical picture of blue-black and silvery-white. Sometimes I stand still and listen intently to the soft sounds of the night creatures as they go about their business. One night last year, there was an almighty scream and beating of strong wings that made me duck. The hairs on the back of my neck lifted and my mouth went dry. I’m told that it may have been a Screech Owl, though I’ve never seen nor heard one in our garden before, nor since. 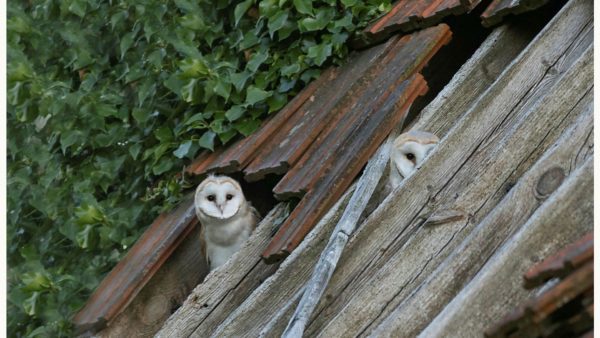 When I go to sleep each night, I feel protected by the spirits around me. It’s rare for me to lie awake for as soon as my head touches the pillow, I am asleep until the dawn chorus and the sun wakes me in the morning. I know that one day I will have to return to my bedroom in our centrally heated home when my husband no longer has to rise at 2.30 am to go to work, but until that day, I will continue to enjoy the peace and tranquillity of my hut, experiencing the seasons as they come and go, and know that I’m being giving a chance to live with nature in all her guises as part of my normal daily life. 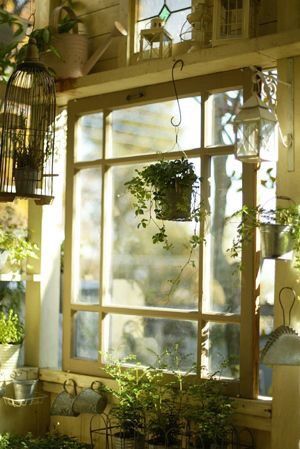