A Mythic History of Ogham

There exists an occult and sacred alphabet which the Hebrews attributed to Enoch, the Egyptians to Thoth or Mercurius Trismegistus, the Greeks to Cadmus and Palamedes. This alphabet, which was known to the Pythagoreans, is composed of absolute ideas attached to signs and numbers. – Eliphas Levi, La Clef des Grands Mysteres, (1896) There has… 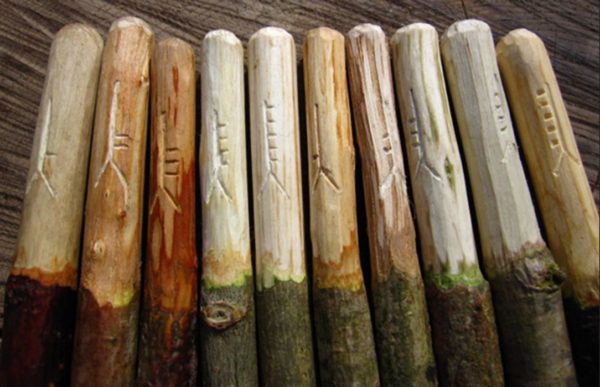 There exists an occult and sacred alphabet which the Hebrews attributed to Enoch, the Egyptians to Thoth or Mercurius Trismegistus, the Greeks to Cadmus and Palamedes. This alphabet, which was known to the Pythagoreans, is composed of absolute ideas attached to signs and numbers. – Eliphas Levi, La Clef des Grands Mysteres, (1896)

There has been an explosion of information available to the modern scholar that enables us to begin to appreciate the brilliance of the ancient intellect. For generations, their secrets, couched in myth and symbol were dismissed as mere superstition and heresy. The rational behind the order of our alphabet letters is one such secret now revealing itself.

At its most simple, the symbols of the alphabet, like those of other early divination systems, spell out a guide through the world of manifestation, the material world of the Mothers. They then provide a return into the World of Time after passing through the dark. At its most complicated, the alphabet contains sophisticated mathematics and alchemical secrets. Each letter was originally named after a common object, the name projecting a simple image and carrying a simple sound. But symbols contain thousands of stories beyond the simple one. Each step along the path spelled out by our alphabet letters has deep hidden meanings beyond the obvious. Ancient alphabet patterns also contain endless cycles. When you reach the end, you reach the beginning imbedded in the tale. The world is reborn; day revolves from night; the ABC’s continue their spells. 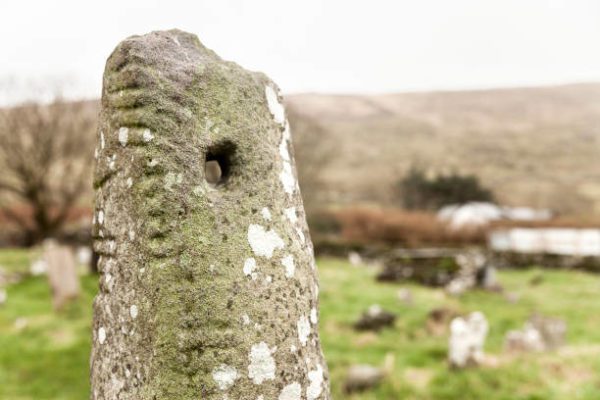 The Semitic Phoenician/Hebrew alphabet, giving its order and ‘phonetics’ to all later alphabets, was carried to Greece by Phoenician Cadmus, acquiring its name “Alpha-Beta’ from the first two letters. Although Cadmus traveled to Greece in the shape of a man, his ancestry included cow and cloud goddesses as well as the River Nile. Pythagoras and his mystery of number magic was a relative.
Ogham, 20 Celtic stick letters appearing in Britain about 300 CE, was a secretive script attributed to the Druids. Using their own choice of symbols and shapes, they followed the pattern of the older alphabet symbols. Although the shapes and sounds of Ogham differ from our alphabet composed of ABC’s, myths described by each symbol is similar: A black and light sky-bull of letter ‘A’ (aleph/Bull) mirrors the black and white Birch, first letter of Ogham’s Tree oracle.

By following the order of the ancient Spell, all letters in correct order, Ogham acquired the calendars and secrets inherent in the older script. Articles linked to this introduction describe the attributes present in the unfolding pattern manifested by the older alphabet and some reasons for the choice of ogham symbols for each position.

To read more please click on the link below…