First, a few words about the terms used in the title of this essay: Anglo-Celtic is often used to refer to the diaspora from Britain into lands like Australia, New Zealand, Canada, and the United States. Being an adoptive Australian who was born in and spent his formative years in England, I can relate readily… 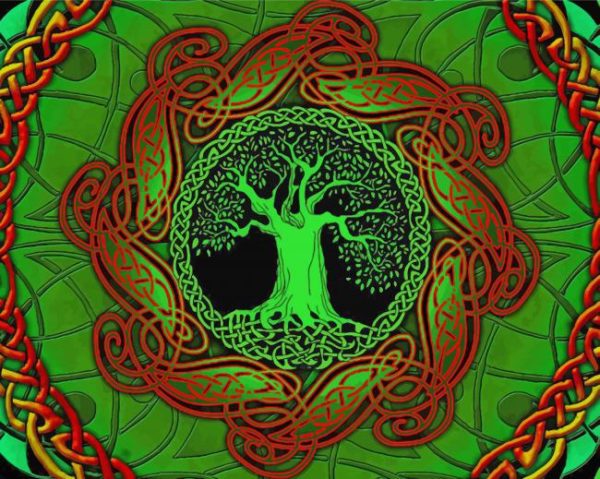 First, a few words about the terms used in the title of this essay: Anglo-Celtic is often used to refer to the diaspora from Britain into lands like Australia, New Zealand, Canada, and the United States. Being an adoptive Australian who was born in and spent his formative years in England, I can relate readily to the term; but I can also, from an outsider’s perspective, see that it has application to and within Britain as well. The somewhat artificial separation and division of the Celts and Anglo-Saxons is a kind of perpetuated ‘myth’ that would have both suited the purposes of Christianisation of Britain and the invading Normans very well. At one level, the Arthurian corpus has been used in this manner very effectively. However, maybe it is time to see beyond this separation, as well as the somewhat sanitised image of the Celt and the correspondingly derogatory view of the Anglo-Saxon; because in reality they form a continuum, not only of origin but also within Britain beneath the Roman, Christian and latterly Norman veneer.

Similarly I am choosing the term ‘medicine ways’ when many would use ‘shaman’. Originally a Siberian word to denote a kind of communal ‘medicine man’, shaman has been elevated and adopted by many to define the practitioner of magic, medicine and other healing practises around the globe in essentially pagan cultures. It has also been significantly embraced by the New Age movement, and this is not without difficulty in and of itself. As the Anglo-Celtic people did not use a similar term, except maybe with an extension from ‘seidman’ or ‘seithman’ as a practitioner of Seidr or Germanic magic with a particular flavour that I will come to, I have chosen to use the more generic ‘medicine ways’ that also establishes the term ‘medicine’ as distinct from its wholesale proprietorship within modern western medicine. Similar to the way modern medicine has co-opted ‘traditional’, I believe this is in error; although it suits political, establishment and other cultural purposes very well. 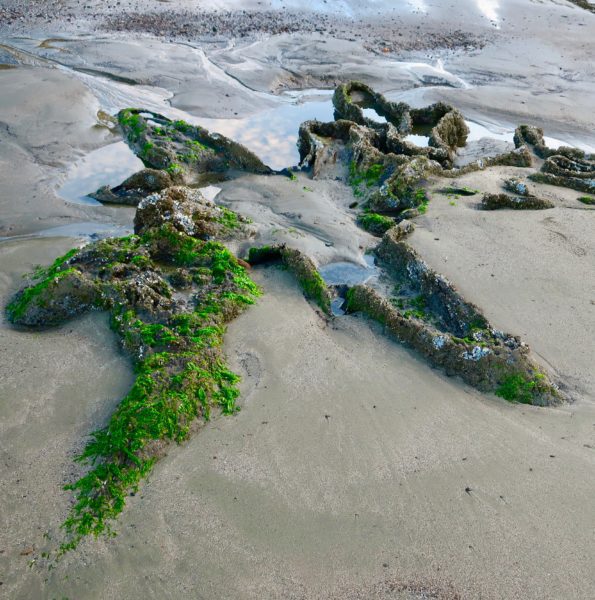 It is probably better to see the term ‘shaman’ as a description of the archetype or perennial image of health and healing thus giving it traditional, historical and current value, rather than limit it to disciplines and movements as disparate as anthropology and the New Age. In this manner it can be explored relatively free from a lot of the prejudices readily projected onto it, and where ‘medicine ways’ can act as a more descriptive term, if ‘medicine’ is seen more authentically.

Similarly, mythology doesn’t assist us significantly. There have been various attempts to define a ‘Celtic shamanism’, although the somewhat inevitably fragmented mythological perspective doesn’t help a lot. Yet in the Germanic stream that informs the Anglo-Saxon peoples it is a lot more cohesive and distinct. Galdor is more male-oriented and describes poetry, the runes, and magic of the ‘word’, whereas Seidr is more feminine, visionary, and associated with rituals and sexuality. Together these two terms provide a comprehensive description of magic and hence medicine, as the two are distinctly ‘married’, as well as connecting with the mythological landscape of the northern european peoples with figures like Woden (Odin) as a representative of galdor and Freo/Freya (Freyja) of seidr.

As you may detect from the above, and stepping between the twin poles of confusion and paradox, there is much that reflects my personal disposition, experience and orientation. But does this invalidate what I have expressed? Certainly it is open to argument and dispute, but hasn’t that always been the way? However, it is an authentic perspective for the shaman to ‘work’ personally with this material and to even redefine it. It’s acceptance will be determined, not by academic and scholarly argument, but where it reflects his or her connection with and involvement in the world of spirit, and how this world informs the shaman through intuition, dream and vision. 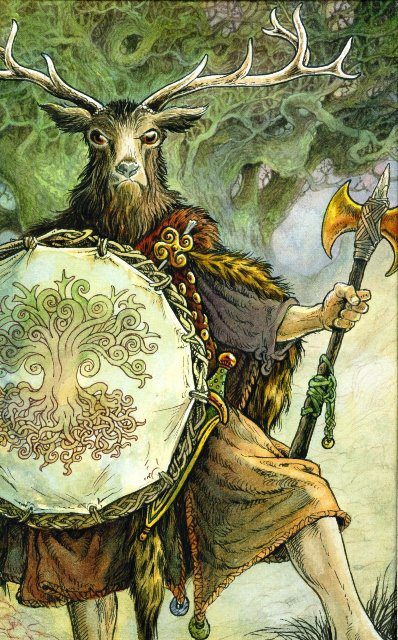 The continuity between the Celtic and Anglo-Saxon cultures – so rudely interrupted by the Romans – is becoming increasingly established, not only with intuition, but also with evidence such as some of the avenues I have briefly touched on above. There is even a term, Dryman, that connotes an Anglo-Saxon shaman. Of interest to me is that the term is pronounced ‘druman’ and that ‘dru’ is, of course, a part of ‘druid’. As the druid is considered to be the priest and/or medicine man of Celtic culture, I find this association of interest and significance. To me it establishes a strand in the continuity between the Celt and Anglo-Saxon that I am proposing, particularly with reference to the magical, medical and priestly functions. I am only too well aware that other terms, such as Ovate, are used to describe overlapping qualities from a more Celtic perspective, but feel there is fertile ground for further exploration here.

It is well beyond a brief essay of this length to describe the services that would have been present within Anglo-Celtic Medicine Ways (I explore these and their function elsewhere and in my website) or the appearance, style and functions of its practitioner, but a brief overview would be of value. Versed in the lore and mythology of his or her time, the dryman would perform ritual and ceremonial functions, but be principally involved in the health and healing of and within the community. Beyond the use of herbs – a function often assigned to another practitioner anyway – mediumship and divination would have been employed (and hence the connection of shamanism with the New Age in modern reinterpretations, such as ‘channelling’). It is here that the runes would have been used, particularly the Old English version, known as the Futhorc. In many ways the dryman is a counsellor and psychotherapist, but with a grounding in the world of spirit rather than the rationality and academia of modern psychology. 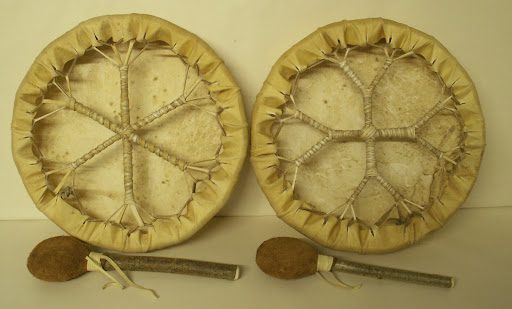 However, the principle ‘technology’ used was the ability to immerse themselves in and navigate the world of spirit. It is not clear what actual techniques were used to access this world, although the more modern appreciation of ones that range from drumming to the use of medicinal ‘psychodelic’ plants would have been most likely. I suspect that the use of ‘galdor’, or the recitation and singing of poems and charms, by themselves or by others, would also have been employed. The dryman was able to use these to alter his mental state and enter an ‘altered state of consciousness’, there to perform functions, such as soul retrieval (of an affected ‘patient’) or communication with ‘spirits’ for the knowledge and welfare of the community. It is a short step from here to see how a mythology would be elaborated or modified.
Certainly the practitioner would have some preconceived or spiritually-appreciated assumptions about nature and humanity. They would recognise an essential unity of the universe, but also its compartmentalisation into two realities that our normal state of consciousness and the altered state version define. The latter is itself – obviously – given to much differentiation, but this is common to all spiritual belief systems, although the specifics vary over time and in different cultures. The universe would also have had a tripartite structure, being the upper, lower, and middle worlds. Again these are subject to religious and cultural variation, but overall the commonality of these ‘assumptions’ are remarkable.

It remains to describe how the practitioner of Anglo-Celtic Medicine Ways performs the art and effects the healing and changes implied here. It is the core of my practice and I have made some attempt to do this; as my art improves, then so I trust will this definition! 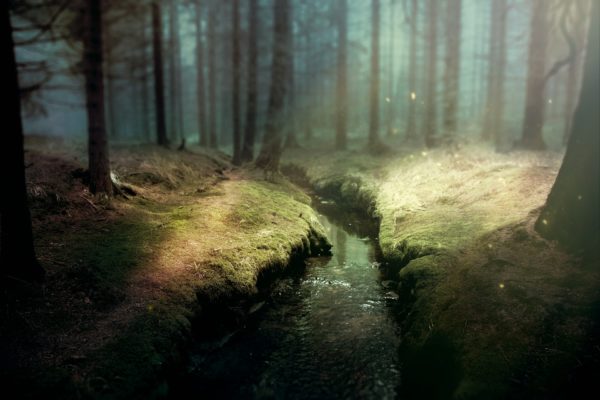