Awen and the Art of Urban Druidry

Have you ever felt that you just don’t have the time to practise the Druidry that you want to? Wouldn’t you like to be out in the woods meditating for hours, getting in tune with spirit and nature but the reality is a nine to five job in a town or city?

Awen and the Art of Urban Druidry 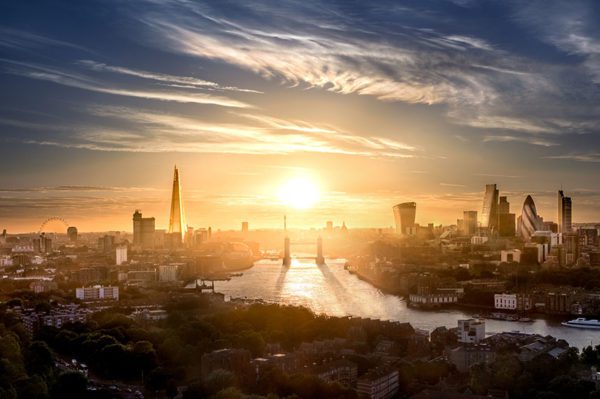 by Brendan Howlin and Stuart Lythgoe

Have you ever felt that you just don’t have the time to practise the Druidry that you want to? Wouldn’t you like to be out in the woods meditating for hours, getting in tune with spirit and nature but the reality is a nine to five job in a town or city? You come home in the evening stressed and worn out and after you have spent some quality time with your partner, played with the kids and had some dinner, you just want to roll into bed. Then the whole sorry business starts again. I guess that like us you also thought of getting up half an hour early to have time for meditation or to greet the sun. You probably also have heard the alarm go off for that early start, reached out to turn it off and woken up exactly half an hour later at your normal getting up time. What if it didn‚t have to be like this? This is where Awen and the Art of Urban Druidry (with apologies to Robert M. Pirsig) comes in. Even in the most built up of cities there is life bursting out everywhere. The first stage on this path is to see it. 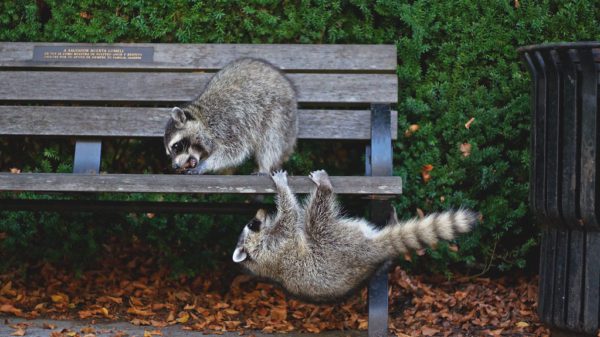 If you have observed your fellow wage slaves on their respective ways to work, you will see that they walk along almost in their sleep, eyes cast down, obsessing over their problems. These days there are also the music heads and the mobile phone pests but they fall into the same category. You can be different. Raise your head and look around you. Look at the sky, observe its colours, watch the clouds. Strangely enough this makes you happier. The down side of this is that very occasionally someone will look up and see you staring at the sky and smiling. Don’t worry they will just think that it is their turn to meet the looney this morning and it will give them something to talk about over morning coffee.

Cunningly, you are carrying out the Druid grade practice of constantly revealing the way and constantly concealing it by doing this as well. The observer might even remember seeing you and be tempted to look up sometime. Obviously you can’t do this all the time as you also have to see where you are going. If you do this every day you start to see other things, like birds flying across the sky. So you continue stage 1 and watch them as well. You will start to be able to distinguish the different bird types from their silhouettes and count them. Whilst this is going on you will want to see other things too, like trees. There are a lot of trees in the urban landscape, many different kinds. Most of which are not in the Ogham Tree alphabet but that doesn’t make them less important. Look at their shapes, colours, leaves. Of course, some of the trees are actually in the Ogham alphabet and you will learn how to identify them. 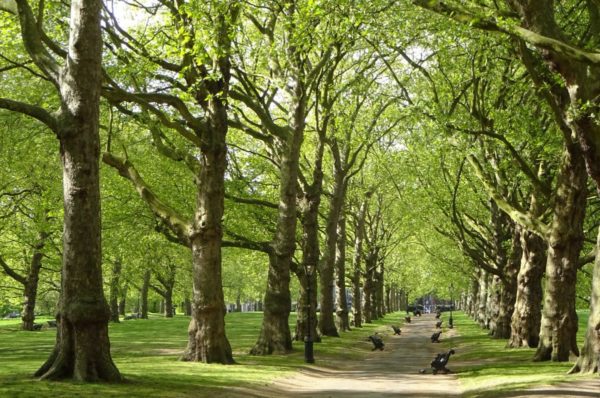 If you are fortunate enough to live in a town that still has front gardens, look at them too. See the flowers, their colours and textures but be discreet in areas with a neighbourhood watch because you could find the police coming after you. Incidentally with the trend to two or more cars in a household, front gardens are increasingly becoming concreted over, so you need to do this soon. If you are fortunate enough to walk to work, you can observe these things over the course of a year and see how they change. One of us walks over a bridge that crosses the river Wey every day and watches the river flow at different rates in summer and winter.

Travelling by train is an excellent opportunity to put your skills into practice. Whilst your fellow commuters are reading their newspapers, annoying each other with their mobile phone conversations or quietly snoozing, you can look out of the window. There are some marvellous sunsets to be seen from train windows (sunrises if you are up early) and almost no-one sees them, plus if you pass any fields you will see pheasants, deer and foxes. 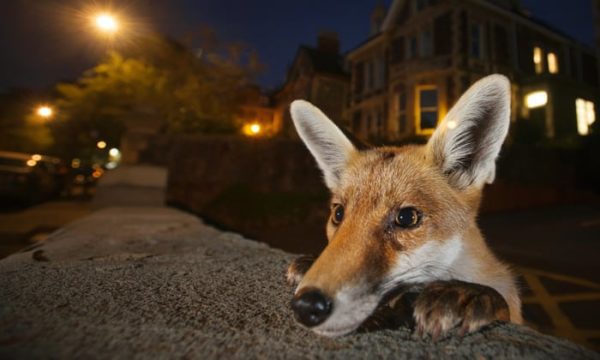 Foxes are increasingly present in the urban environment and just trot about in the broad daylight where they will. Brendan has watched a fox jump over the wall in a car park near him and stand still whilst people walk right past it to get to their cars and they didn‚t even see it. We recently heard about a party of foxes that have made their home under the platform in Hackney station. 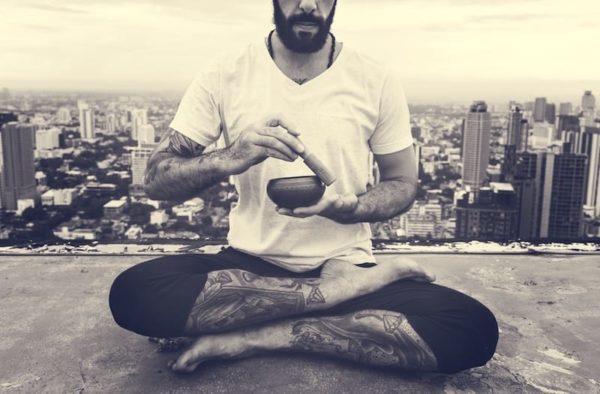 This is the place for a quote from the Vietnamese Buddhist monk Thich Nhat Hanh, who when asked about meditation said how important it was in his life. When asked how long he meditated, he said five minutes a day because people are crazy anyway and too much meditation makes them crazier. We all have time for five minutes meditation a day and to be honest five good minutes of meditation feels like a long time. Try it and see.

Stage 3 Get in touch with Spirit

After you have been observing your surroundings for a while, it is time to extend your sensitivity and start feeling. When you look at the sky, bird, trees, flowers, etc also try to feel something from them. After a short while you will get all sorts of impressions. You will sense a bird passing in the sky and look up to see it. You will feel the moods of the river, the moods of the sky, the energies of the trees. Naturally you will eventually want to talk to your new friends. It is advisable to do this without speaking out loud otherwise you will become the person that goes along muttering to themselves that everyone tries to avoid. This is OK for Brendan because everybody expects academics to be barking mad but Stuart has a respectable position in the community to uphold.

Now you are ready for the advanced stuff. During one excruciatingly boring meeting Brendan was watching two magpies playing on the roof of a neighbouring building and extended his senses to them. When one of the magpies landed on the roof, the sound was so loud to him that he was surprised no-one else heard it. He also made friends with a White Willow that overhung the path to his workplace. He was later to find out that White Willows help you get in touch with your deepest emotions but that‚s another story. 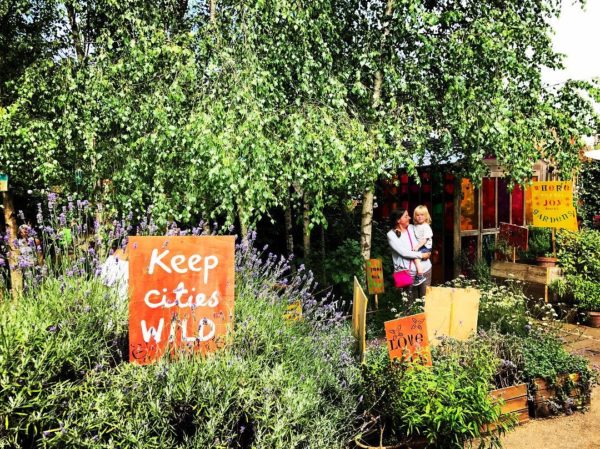 Walking to work also has it’s disadvantages as Brendan got caught in a torrential downpour with wind blowing the rain vertically at him in the middle of the High Street once. He was extremely unhappy and felt he couldn’t endure it any longer when he suddenly relaxed and accepted it. It felt like being in an oasis of calm, literally the eye of the storm. Experiences like this happen all too rarely however, but rare is better than not at all.

Actually there is no stage 4. That’s all there is to it. If you have got this far, you can now call yourself an urban Druid. There are no profound mysteries to Druidry, it’s all about living fully in the here and now.

We shall not cease from exploration and the end of all our exploring shall be to arrive where we started … and know the place for the first time.
~ T.S. Eliot 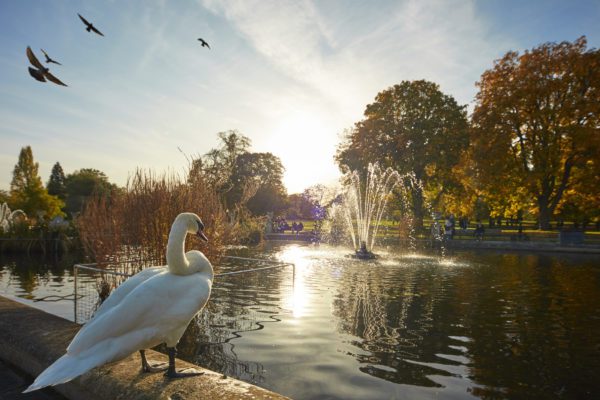