In the Spring of 2013 I became a Pagan activist. The threat of fracking in Britain was beginning to make itself felt and a friend phoned me to ask if I would like to be involved in organising a ritual in Glastonbury that would aim to protect Albion against fracking (and all forms of extreme… 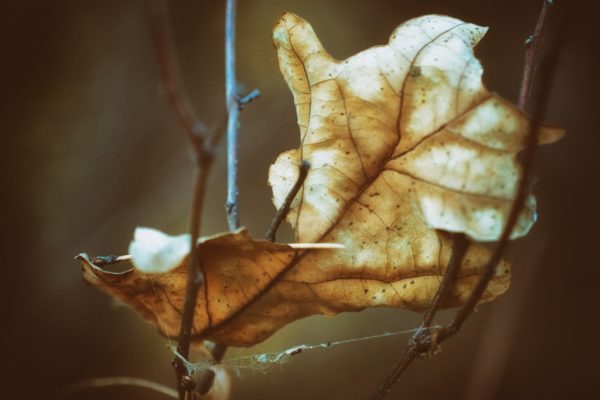 In the Spring of 2013 I became a Pagan activist.

The threat of fracking in Britain was beginning to make itself felt and a friend phoned me to ask if I would like to be involved in organising a ritual in Glastonbury that would aim to protect Albion against fracking (and all forms of extreme energy extraction). My answer was immediate: yes. This would bring together two important areas of my life – concern for the environment and my Pagan life as a Druid in the Order of Bards Ovates and Druids (OBOD). Thus, with the help of a group of fellow druids, The Warrior’s Call – Pagans United Against Fracking was born.

I still meet Pagans who have not encountered The Warrior’s Call. It is a movement, decentralised, online and open to all Pagans. Anyone who hears the Warrior’s Call is at liberty to take non-violent action against extreme fossil fuel extraction in its name. At roughly the same time it was created, the sigil came into being (see picture) – a sign of magical protection that has taken on a life of its own. Many people have had it tattooed has on their bodies and it has been used at proposed fracking sites and on demonstrations the world over.

So, on September 28th 2013 some 200 people assembled on the Fair Field below Glastonbury Tor for the first Warrior’s Call World Ritual (for word got out and there were simultaneous rituals across the globe). In his blog, Philip Carr-Gomm, Chosen Chief of OBOD called it “the biggest magical working on earth”. The story of the ritual has been told many times.

My life, at least, was never the same again. Since then I have been involved in more rituals of protection and defiance, helped to run a Pagan activist training camp and carried out talks about The Warrior’s Call and its work. I’m out, Pagan and proud. 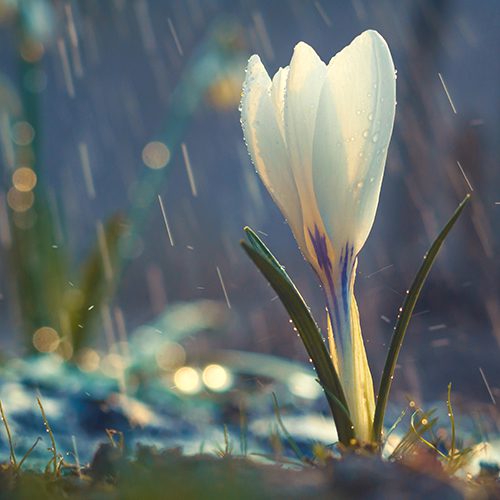 “I was so pleased when I saw the Warrior’s Call happening”, said a non-Pagan activist to me the other day. “At last Pagans were getting off their backsides.” But the visible Pagan activist is still the exception rather than the rule. Look around at a big demonstration, whether anti-war, protest at climate change or pro-NHS. You will see people marching behind Union banners. You will see placards of Greenpeace, CND, Friends of the Earth. You may, as I did on the massive demonstration against the Iraq War in 2003, see groups proclaiming they are Methodist, Muslim or even Mothers’ Union. But where are the Pagans? Where are Wiccans Against Warfare? Druids for Democracy? Heathens for Hope?

My focus in this article is environmental activism where invisibility does not necessarily mean absence. At Beltane 2004 an article appeared in Pagan Dawn by Adrian Harris entitled Pagans and the Earth – Active not Apathetic! This challenged a previous article (151 PD) by Geof Lilley that commented on the apparent lack of environmental activism among Pagans. Harris pointed out the role of members of the Dragon Network in the campaign to save Oxleas Wood South London – a battle won in 1993. The article also cites involvement in the hard fought protests against the M11 Link Road, the struggle to save Twyford Down and the long campaign against the Newbury bypass, among others.

Involvement in land-based protest may also generate, or be the result of, pagan sensibilities that are not always recognised as such. In his remarkable book Nine Miles, Jim Hindle documents the animistic connections that arose as protestors lived in the trees of the threatened woodlands of Berkshire. Mostly, the protestors did not see themselves as Pagan.

But for all this it is irrefutably the case that as I go out to meet different groups of Pagans, I still meet many people who are not involved in activism in any way; people who do not know what fracking is; people who have never heard of The Warrior’s Call. I have also heard of pagans who are reluctant to discuss environmental issues within their groves since this, they deem political, and in their view the political has no place in Paganism. I beg to disagree. The economic system that holds sway in our society encourages us to see land and the ecosystems it supports as a ‘resource’ to be exploited. It sees damage to that land, and to nature as mere ‘externalities’ that do not need to be costed. In such a political and economic system to hold the land sacred, as in my view all Pagans must, is an inescapably political position and one that, for me, demands action. 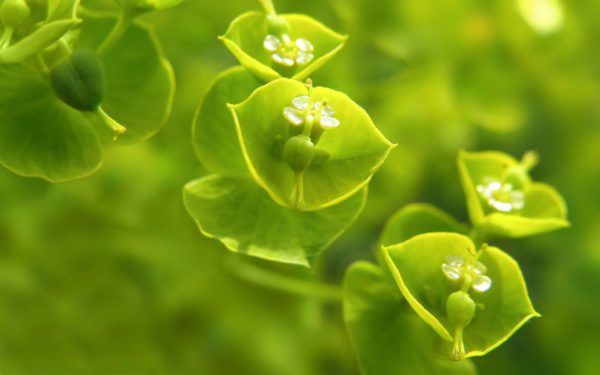 But what action? Some of you reading this may feel that invisibility is fine. The Warrior’s Call and The Dragon Network both encourage Pagans to get involved in their local communities and campaigns. For some, it may be difficult in these settings to be ‘out’ as Pagan. This is an individual choice. Working locally in the ‘mundane’ world to foster causes that may not seem grand such as opposing a local supermarket development help to foster community and this is a basis of activism and, as the

Guardian journalist George Monbiot has pointed out, offers a potential way of surviving a difficult world and a difficult future.

Others of you will say that working magically, in secret, is useful and important. This is certainly true and it is the unique thing that many Pagans can offer. I do not, however, believe that on its own it is sufficient. Magic is difficult to execute and unpredictable in outcome and should be used as an adjunct to practical work in our communities, not as a substitute.

I would like to argue the case for visibility. Think of the recent protest at Standing Rock in the USA where the Lakota Sioux stood against the North Dakota Access pipeline which was due to be driven under the Missouri River on their lands. Few in Britain, and probably not many in the USA had heard of the Standing Rock Reservation before these protests. But the visibility of the protests and the urgency of the cause attracted the attention of the world. 180 different tribal nations sent letters of support and many came in person, not only from the USA. It was above all a spiritual and non-violent protest that stood firm under considerable police provocation and violence. The protest lasted months causing significant delays in the building of the pipeline and has sparked other protests across the USA. I was privileged recently to meet William Hawk, a Native American who had been at Standing Rock. “You are indigenous to where you are,” he said. “If you want to help us, work to protect your own lands.”

Pagans in Britain cannot claim, much as some might wish to, the status of an Indigenous tribal people. But we have this much in common: we hold the land sacred and if we are visible as doing so it may inspire others to find out more about land-based spiritualities and as a result do more to protect their own areas. In the words of Jim Hindle:

The safeguarding of the natural world is not only a question of our mutual survival. It’s a coming home to our inheritance, to what it means to be one with the land…

For me, this is sacred activism, action in the service of humanity for the love of something greater than humankind. 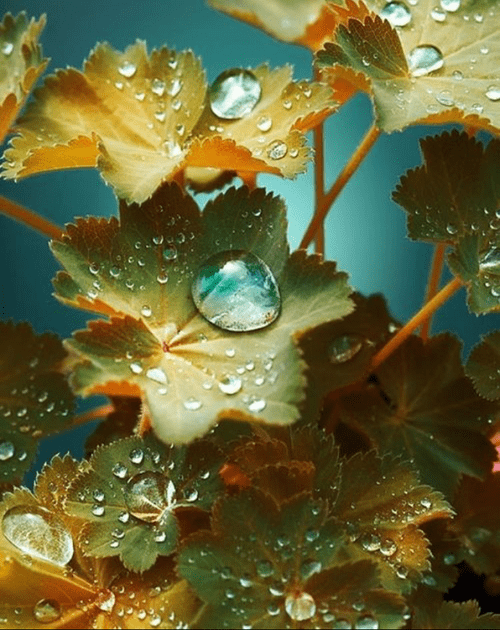 So next time there is a demonstration against climate change or a new bypass or a threat to destroy land near you for shale gas extraction, consider walking proudly with members of your grove or coven with placards you have made together, or behind a banner proclaiming the Warrior’s Call. Let us show the world that there are, in addition to NGOs and individuals, people whose spirituality demands that they act on behalf of our precious planet because the land is sacred.

I will end with the words of Gerrard Winstanley, a 17th Century radical who was one of the founders of the Diggers or True Levellers, who contested enclosures by occupying land: “Action is the life of all, and if thou dost not act, thou dost nothing.”

The views expressed in this article are those of the author.

· For more information about The Warrior’s Call go to http://www.warriorscall.org/about/ or see the Facebook page.

· Details of Dragon Network can be found at http://dragonnetwork.org/magic.htm

· Jim Hindle’s book, Nine Miles was published in a third edition by Underhill Books in 2017

· For more on radical perspectives on Paganism see Gods and Radicals for example https://godsandradicals.org/2017/02/04/frith-peace-and-protest/

· The story of Standing Rock may be found online in many places. Here is their website: http://standwithstandingrock.net

· For further discussion of Sacred Activism see Harvey, A., The Hope – A Guide to Sacred Activism. Hay House 2009 and http://www.wildmysticwoman.com/poetry-prose/ 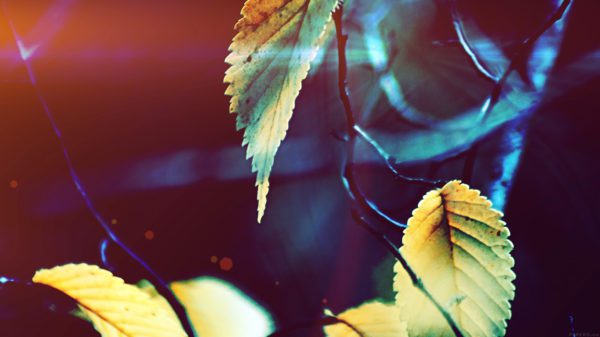 Druids For Justice Articles:
Introduction To Druids For Justice
Life Beyond Genocide
What Can Druids Do To Combat Racism?
Druidry and Fracking
Samhain Gifts from the Ancestors: Healing Intergenerational and Historic Trauma
Knowledge and Justice
Earthly Brown
BLACK LIVES MATTER