The turning of the seasons, the wheeling of the heavens, the many flowerings of the soul: we live in a Universe that is replete with cycles. As a Druid, I am often in a state of wonder at the sheer profusion of turnings and returnings that I encounter in nature. One of my favorite times… 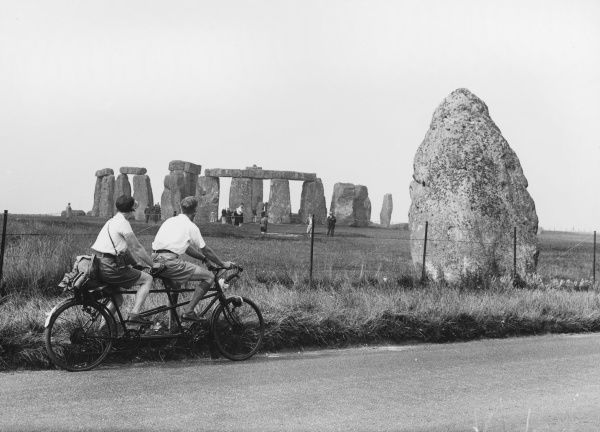 The turning of the seasons, the wheeling of the heavens, the many flowerings of the soul: we live in a Universe that is replete with cycles. As a Druid, I am often in a state of wonder at the sheer profusion of turnings and returnings that I encounter in nature. One of my favorite times to contemplate such matters is while I myself am, quite literally, cycling.

While conversing with other members of OBOD, I have been delighted to meet quite a few kindred spirits who have also incorporated their bicycles into their spiritual practices. In a long-lived thread about cycling at the OBOD discussion forums (October 12, 2017– April 23, 2018), members shared a variety of insightful perspectives on cycling as a means of experiencing the land, observing the seasons, and enhancing physical, mental, and spiritual well-being. This article explores some of the key ways in which the bicycle has been serving as a creative and practical tool for Druids in the twenty-first century. But before we head in that direction, let’s pedal briefly into the past for a historical account of cycling in Britain. 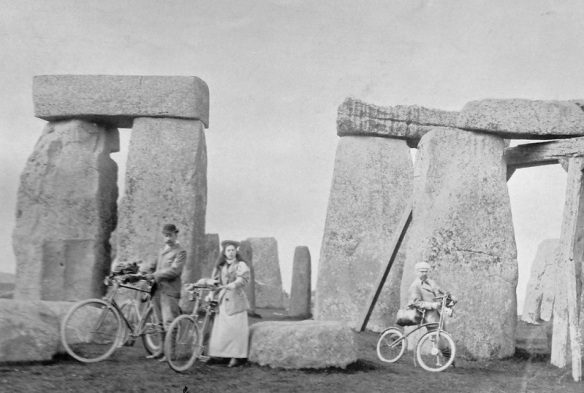 During the 1890s, crowds of up to 3,000 people began to gather annually at Stonehenge for summer solstice festivities. This unprecedented phenomenon became possible through the development and widespread distribution of a newfangled machine: the bicycle (Hutton, 2009). So it is here, at a Neolithic monument during the late Victorian period, that our story of Druids and bicycling begins.

The last decades of the nineteenth century were a pivotal era for advances in cycling technology. The penny-farthing, an early type of bicycle with pedals attached to a large front wheel, was already on the roads by 1870. The penny-farthing was somewhat difficult and dangerous to ride, however, until a major improvement in design occurred in the 1880s with the adoption of the chain drive. The chain drive sent power to the rear wheel instead of the front, through gears that were independent of wheel size. This allowed the size of the front wheel to be reduced, which decreased the riders’ risk of falling by lowering their center of gravity and bringing their feet within reach of the ground.

Pneumatic bicycle tires were invented in Ireland in 1888. These provided a smoother and faster ride for the new chain-driven models. Within just a few short years, by the mid-1890s, a million and a half men and women were cycling in Britain (Manners, 2015). Many of these riders were working class citizens who lacked the income for a horse or carriage, but who could gladly afford a secondhand bike or one of the inexpensive American bikes that were pouring in. Touring for pleasure suddenly became an option for large numbers of people who had previously been confined to the cities.Cycling continued to be popular until about 1905, when the roads became increasingly dominated by motor vehicles and electric rail. 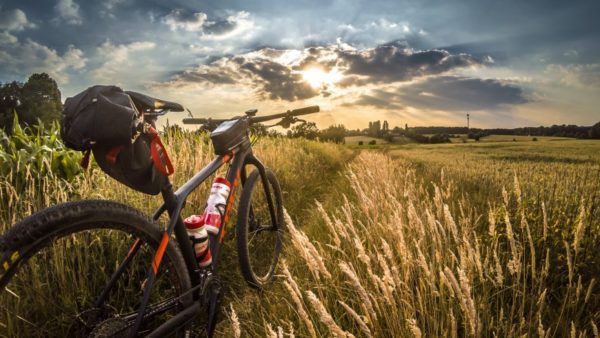 It is impossible to reckon how many cyclists during this era were also Druids. At the Stonehenge solstice celebrations, most of the revelers seem to have been sightseers who were there to enjoy the spectacle and to let off steam. It is known for certain, however, that at least one Druid chief, George William Smith, was cycling to Stonehenge in the 1930s. George first became a Druid in the 1920s, and by the late 1930s, he was leading the Ancient Order of Druid Hermetists—an order that was closely allied to OBOD’s immediate lineal ancestor, the Ancient Druid Order. OBOD’s online library includes some wonderful reminiscences of summer holidays at Stonehenge that were recorded by George’s daughter, Joan Letchford (2011). In her account, Joan recalls pedaling 80+ miles from the family’s home in south London to their camp on Stonehenge Road. Joan’s father and brother Leo were already experienced cyclists, but Joan and her sister Millie, still in their teens, trained specifically for these trips. Their mother Alice went ahead by bus, meeting them at Amesbury with the dog and the luggage.

Joan regarded these excursions as a welcome respite from her usual urban environment. “For people who lived their lives in a grubby, crowded city,” she remarked, “just being in Amesbury was heaven enough.” And: “You have to picture us doing this trip many times and over many years so that it became as familiar to us as Clapham Common. But oh so different! It was as though we could step off the planet into another world for just those two weeks in the year. Over all those years we hardly varied our itinerary. We did not seek new horizons, but were forever captivated by the familiar, watching for small changes, renewing old loves, luxuriating in the sensual pleasures of sweet, clean nature.” At the age of 16, Joan became initiated into Druidry herself.

Some things change very little with time. The usefulness of bicycles as a means of accessing the countryside is one of those things. In the stories that follow, several current OBOD members describe how they use their bikes in much the same way. 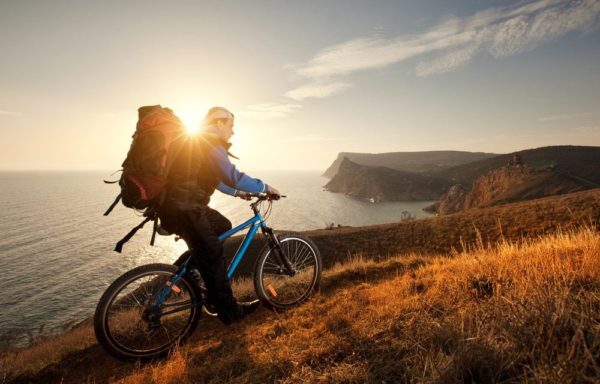 Cycling as a Mode of Connection with the Land

Malcolmb, an Ovate on the Isle of Wight, UK, began exploring nature on his bicycle as a child. “My bike was my freedom. And my escape into the Natural World,” he recounts. “Living in what was then a small village surrounded by woods, rivers and forests, I would spend every minute when school and studies allowed, dashing around the paths and tracks exploring. I knew every type of bird, tree and plant. I chased butterflies and never caught them. I paddled in streams and sat on river banks watching the water go by and wondered where it went.”

For many Druid cyclists, these types of adventures either continue or are rediscovered in adulthood. AshRocks, an Ovate in Montana, USA, explains: “…I use cycling as a means to gain experiences. During my lone cycling forays, I’d set far unpeopled destinations where I would connect to nature—a sand spit jutting out into a great lake, a windy road through thick forests, or a tall vista to see for miles. My body feels each gentle swale of the land, the changing intensity of the rains, the pummeling winds and cool breezes, and the scents of trees and mosses. I have vivid experiences cycling quietly by wild creatures without glass barriers nor harm nor fear to any. When cycling, the journey is intense and satisfying. My destination becomes the beginning of my journey home.”
To read the entire article click on the Pdf link below… 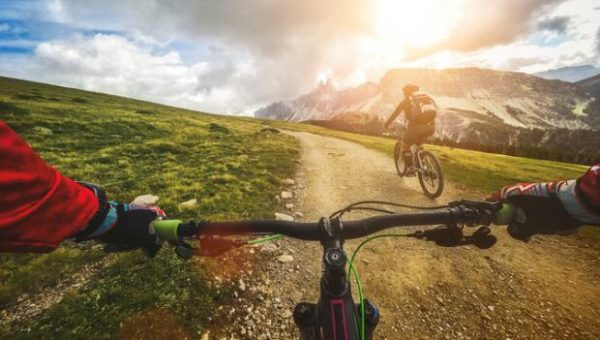