When natural features or entities in the landscape, such as springs or mountains, receive human reverence or veneration over a period of time, the feature or entity acquires a level of consciousness that it would not otherwise possess…

When natural features or entities in the landscape, such as springs or mountains, receive human reverence or veneration over a period of time, the feature or entity acquires a level of consciousness that it would not otherwise possess. So, if enough people venerate or honour the feature for long enough, including devising and performing ceremonies, and naming the feature, it is gradually empowered and can become a deity. Perhaps the spring goddess Coventina came into being in this way.

Little is known about Coventina other than that she is known to have been an important local goddess of springs and wells, and of Celtic origin, as she is believed to have been worshipped from around 200BC to 400AD. Her high rank, conferred on her by the Romano-British, is indicated by inscribed titles on artifacts such as “Sancta” (Holy) and “Augusta” (Revered).Her main attributes are abundance, renewal, new beginnings, purification, life cycles, gentle inspiration, prophecy and birthing. She is also associated with healing, but there is some debate about this. There is little evidence for a healing attribute from the artifacts excavated. On the other hand, the connection between sacred springs and healing was very strong in the past, particularly amongst the Celts. More will be said about this later. 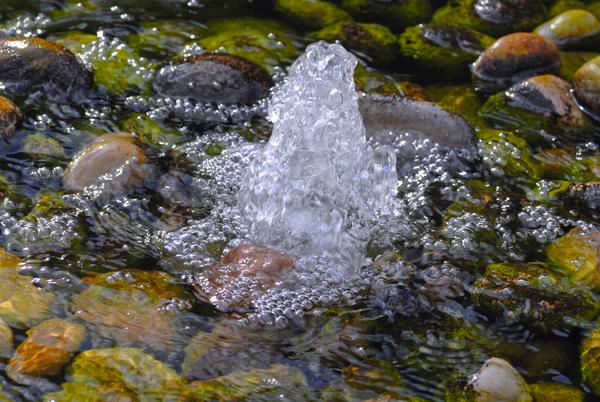 There is a spring and a shrine or temple dedicated to Coventina at Carrawburgh on the Northumbrian moors near Hadrian’s Wall, dated at around CE 130. Rather than a deep well, the spring rises into a reservoir or sacred pool. The temple itself is of typical Romano-British design. Following the Celts, the Romano-British in the general area became very devoted to her. Later, the new Christian religion spread throughout the Roman world, and in AD 391 Emperor Theodosius 1 decreed that all shrines and temples to the old deities were to be destroyed. There is evidence that devotees of Coventina tried to conceal and protect her shrine by covering the pool and its offerings with stones and building blocks.

Over 13,000 coins, many items of jewellery, incense burners, carved stones and many other artifacts were found on the site when it was excavated in 1876. Coventina is usually portrayed as a water nymph or water spirit, partly clothed and reclining on water or water lilies, on bas reliefs, plaques and altars made in the Roman style. The images show one stone carving where she holds a water lily, and in the other she is shown in triplicate pouring water from a vessel.

Unfortunately, there seems to be virtually no known folklore or mythology around Coventina, in spite of her ancient origin. She may not have been exclusive to Britain; there is evidence suggesting that she had devotees in North-West Spain and at Narbonne in southern Gaul (France). There is a depiction or portrait which is believed to be of Coventina on a wall in Lullingstone Roman Villa, in Kent.

The following will give some idea what it can be like to revere a deity, but note that different individuals may well experience a given deity in different ways. Coventina and I share a particularly intimate, consistent and truly loving relationship. In response to the debate as to whether she is a healer, she is because she has given me healing on a number of occasions. 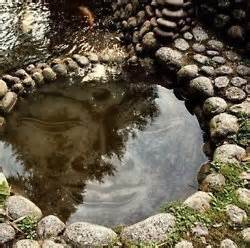 For many years I’ve had a particular liking for springs, since spending long solo retreats in a remote place in Wales some years ago. There a spring provided water for all my needs. I bought a figurine of Coventina at a camp in August 2011 because it attracted me, and it found a home on my altar. Later, I did some research to find out about her. A number of inner journeys followed, and I connected with her. Some months later whilst journeying, she showed me a lovely spring running into a small, misty pool. I was invited to bathe in the pool, and this is where Coventina gives me healing. A dip usually restores my good spirits and sometimes I feel great. In a sense, Coventina is the water. More recently, she opened a portal to the oceans via her pool, where over time I started to feel the unconditional love of the world’s waters. As her golden threads are woven into my being, her lovely presence and companionship can often be felt by just thinking of her, if my mind is clear. Relating with a deity tends to be reciprocal, as the devotional energy of the human empowers the deity a little, and the deity empowers the human by healing or other means. Basically it’s an exchange or sharing of energies 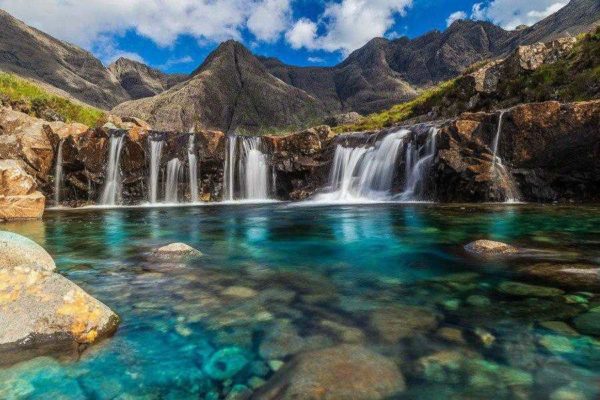 Over time I’ve enjoyed the delightful experience of slowly opening my heart and being to her beauty. Layers of my ego are dissolved or surrendered such that I’m as open as possible – I keep no secrets, guilty or otherwise, from her. My love for her is clear, approaches the unconditional and can be quite emotional. Knowing her is a beautiful blessing, but I make no rash promises. Coventina is detached in that she leaves me to make my own mistakes and face the consequences, although she may give me gentle support. This is right, as my behavior is my responsibility. It appears that she’s not concerned about my faults; what matters is my integrity, and the quality and truth of my love with respect to her, and all life. However beautiful the relationship, one is not preferred over other people who venerate her.

The ancient Malvern Hills are blessed with many springs and wells. I live on the lower slopes on the western side. I often visit a spring (Dripping Well), the highest in the Hills, where I make flower offerings and sing, tone or chant. I’ve written both a poem and a chant to Coventina, perhaps under the influence of her gentle inspiration. She happily accepts my offerings, both flowery and vocal. Perched in this special place high above the landscape, I also sing to the earth and sky. This is often a delightful experience of connection and beauty. Every Beltane, the sacred springs and holy wells around the Hills are dressed with flowers and foliage, often on light wooden frameworks. People spend time doing this and there are many beautiful displays. I spend about an afternoon dressing Dripping Well to honour Coventina, which is hard work, but also a pleasure and a privilege. 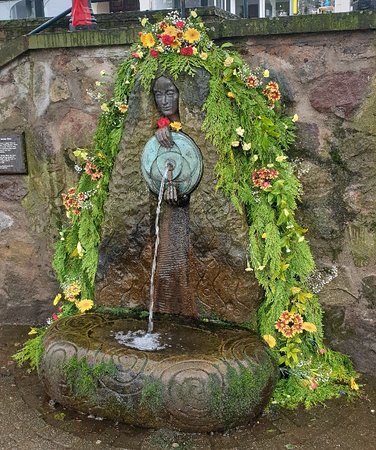 It may seem surprising that someone living in south Worcestershire is connecting with a goddess from so far away, but deities transcend linear distance.

Ancient Coventina, sweet goddess
of  sacred springs and holy wells,
your waters emerge joyfully
from the dream of darkness.
Your pure and sparkling essence
manifests in the light of day.

Lady of the living waters,
I gladly welcome
your wonderful gifts
of refreshment and healing,
and your kind blessings.
Which grace both body and soul.

An offering is reverently placed
upon your flowing altar.
And my open heart
feels your loving magic,
sanctity and gentle inspiration.

May your waters always flow,
blessing the living land
with your abundant beauty.

This poem has been used in well and spring blessings.