“Druidcraft can be seen as both a spiritual path and a path of magic” said Philip Carr-Gomm in Druidcraft and it was Dion Fortune who said: “Magick is the art of causing changes in consciousness in conformity with the Will”. 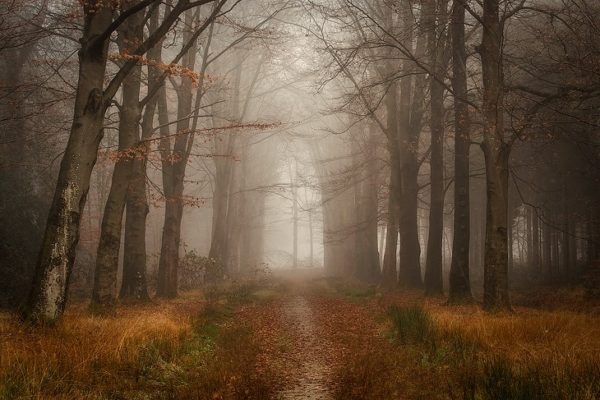 Growing my spiritual side and evolving consciousness through learning and ritual is at the heart of my Druidical studies – an alchemical process. While Druidry has a magical base for me, the magic in this world is not confined to personal alchemy and changes in consciousness are not confined to spiritual and self development. Magic pervades our society, usually driving changes in consciousness that are not for our benefit; it seems most magic is used to make some people rich at the expense of others and the world around them.

Magic of the ‘Changing’ Type

Philip Carr-Gomm has explained how practical magic of the ‘changing’ type can be used to influence others. This magical art of thaumaturgy has been spelled out by John Michael Greer who describes it as “the manipulation of the non-rational in ways that don’t attempt to free the reasoning mind from entanglement in the social and biological selves, but simply seek power over the self and others by way of that entanglement.”

Changing magic or thaumaturgy can be used in a positive way, for example the Warriors’ Call use a sigil as part of their fight to stop fracking, but the vast majority of thaumaturgical magic in the world is of a more destructive and darker nature. This dark side of magic manifests itself in a variety of ways. Some of it is ceremonial – for example the coronation of rulers, some is magical duelling – such as misdirections thrown in parliament, but most types of magic are varieties of spells cast using adverts, political messages and misinformation.

Advertising could be a force for good, letting us know where to access services and items when we need them in a type of 21st century trade directory. We have the internet as our Kelly’s but advertising is not about useful information, it is designed to sell you stuff. It is designed to maximise sales and therefore profits. Corporations’ primary duty is to maximise revenue for their shareholders and adverting is the magic they use to meet this greed.

Sigils, or logos as the corporations might prefer to call them, help to instill the company brand into our brains. Branding the brands into our brains if you like – usually referred to as brand recognition. All the strongest magical advertising sigils are instantly recognisable, such as Coca Cola and McDonalds, and some follow the sigil construction method to the letter, such as the Toyota logo which contains all the letters of the word Toyota. But the sigils are not used in isolation, there are enchantments that help drive the brands deeper into our psyche too.

The use of phrases and songs in adverts is a form of enchantment. Some of them are even in a nice foreign language to add to the magical aura: “vorsprung durch technik”. Other enchantments are more basic such as a beer that reaches the parts that other beers cannot reach. As every magician knows, sex is an important component to magic which is why it is often used as an adjunct to the adverts. Think about jeans, perfume, chocolate etc.

Enchantment has the same routes as to sing: cantare, think of chant. There are some truly memorable songs used in adverts. Many people who were around in the 1970’s will remember a rather beautiful song which started life as a Coke advert.

Philip Carr-Gomm recently described people as being in a “collective trance” on a Druidcast. I think it reasonable to assume that many people are under a spell cast to prevent them properly seeing the real world.

The magical art of advertising developed at the start of the 20th century, spreading into politics, government, media. Magic has always been part of religion and while some argue that our culture has become more secular over the past few centuries, it could be suggested that the infusion of magic into business and politics balances this, although not usually in a good way. Some of the magic infusion is quite blatant, The Sun and The Star sold in newsagents might not provide us with as many truths as dancing in the midday Sun or listening to the stars at night!

Protecting Yourself from Dark Magic

So how do we protect ourselves from dark magic? First we identify it. Use theurgy, alchemy, personal development, e.g. the OBOD druid course, to open our eyes and minds to the magical world around us. The OBOD course may direct us to learn about the magic of the forest and trees, but we should begin to see other magic that is more aggressively trying to manipulate us too.

The simple practice of daily meditation strengthens and opens our minds. It is core to the alchemy that changes our consciousness and helps us both see the magic in the political and corporate worlds and reduce its impact on us. Look at what the adverts and the political messages say and ask yourself: How is this attempting to manipulate me? How is it trying to change my consciousness and make me act differently?