Druidry is a spiritual tradition that takes its ethics from the inspiration available in the natural world around us. It does not only listen to the language of humans, but also those of the trees and wind, the pack and the herd, the moss and the fungi. It looks to the wider web of interconnectedness… 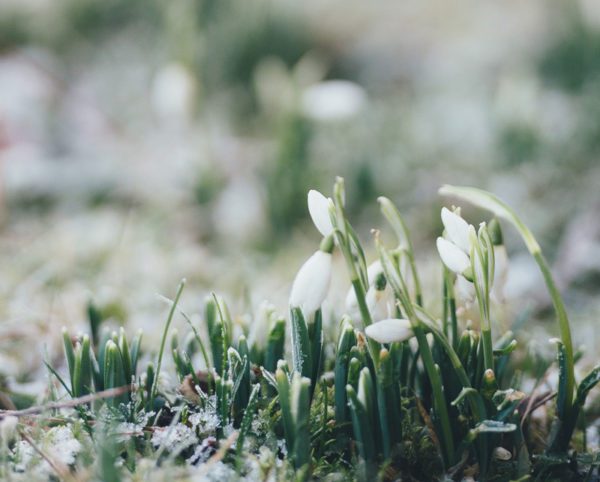 Druidry is a spiritual tradition that takes its ethics from the inspiration available in the natural world around us. It does not only listen to the language of humans, but also those of the trees and wind, the pack and the herd, the moss and the fungi. It looks to the wider web of interconnectedness in order to live a life that is peaceful and attuned to the natural world, with a focus on sacredness and harmony at its very core.

Challenges are found and met along the way. One of the first challenges is that with no human-centred authority, how can one follow a set of ethics that others will understand, and that will work in modern society, or indeed in any society? Druids, like all other humans, are subject to the laws of the land upon which they live, as well as the social contract of their area and upbringing. Yet how can we explain to others, who may follow different traditions such as monotheism, or those that don’t follow any tradition at all, such as atheism, just how we go about living an ethical life? With no authoritative, omniscient single god to decree right from wrong, it can often be misunderstood that Pagans of any tradition have no ethical code whatsoever. For those whom religion is seen as simply delusion, to follow the inspiration from any gods is considered ridiculous. Even if we consider Druidry to be a philosophy rather than a religious tradition, it can still seem pretty vague on the concept of ethics to others on different paths.
To look at Druid ethics from its most basic viewpoint, Druids look to nature to find out how to live in harmony. What does this mean? It means that we look at our place in the world, and learn how we fit in with the rest of the world leading to a life that is at peace, both within our selves and the external world beyond. We live a life that has the least amount of environmental damage as is possible, and support that which helps the natural world in any way we can. We listen to the songs of the land, in order to better sing them for others who may be deafened by their society, cultural or other biases; we live by example. Druids walk their talk. 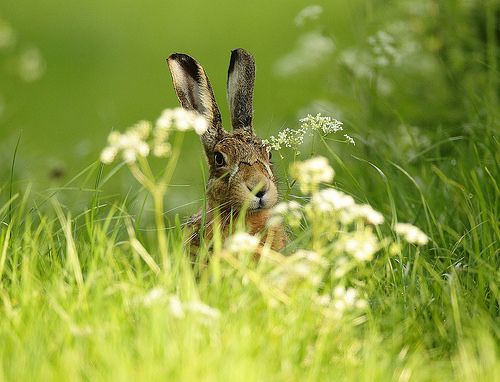 That’s not to say that everyone who calls themselves a Druid walks their talk – like anyone in any society we have those for whom their egos are more important than their religion, or who are too self-centred to truly hear the songs that others sing. In my personal opinion, these are not Druids – for me Druids know the wisdom of the oak (dru – oak, wid – wisdom). Those for whom their own songs are more important than those of the land will never truly know such deep and profound wisdom, revealed each and every day in the dawn, in the unfurling of a flower petal, in the blackbird’s song. Some who claim to be Druids are more concerned with waving swords about megalithic stone circles, getting drunk and railing against whatever or whoever has pissed them off on that particular day. Some are so concerned with their own personal spiritual development that they never really leave the insides of their heads; Druidry is a life lived in service, not to the self but to the world. Some are simply social media Druids, having an online persona but who fail on every other level in their lives to walk their talk.

Yet this is not just something that relates to Druidry – it is a problem with human nature in general, regardless of religion, spirituality or philosophy. Human nature separates itself from nature. What I would posit is that when we drop human nature we can then become one with nature, and therein lies the path of the Druid. 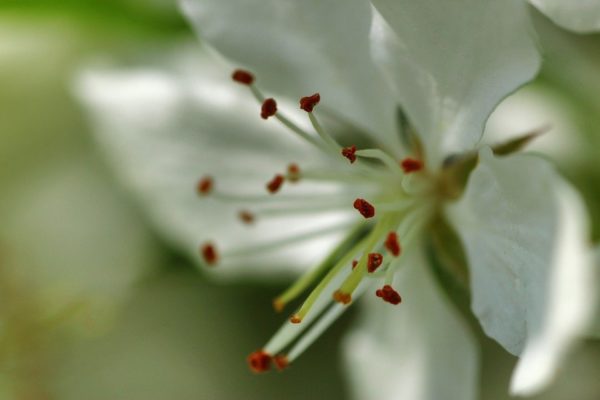 There are glorious examples of Druids who walk their talk, whose sense of ethics are based on a deep respect for the natural world and all that it entails. These are the Druids who build nature reserves and burial grounds, who organise events and litter clean-ups, who recycle and compost, who reflect upon their personal consumption and work with every fibre of their being to ensure that they are living in harmony. They may sing quietly to the rising moon or stand proud on a hilltop sharing their awen in Eisteddfod. They are the well-known and the inconspicuous. They hold ideas of honour, courage and truth deep within their souls, pondering these words until they shine with the deep light of knowing.
These are the Druids who don’t just talk about Druidry – for them, the word Druid is a verb as well as a noun. 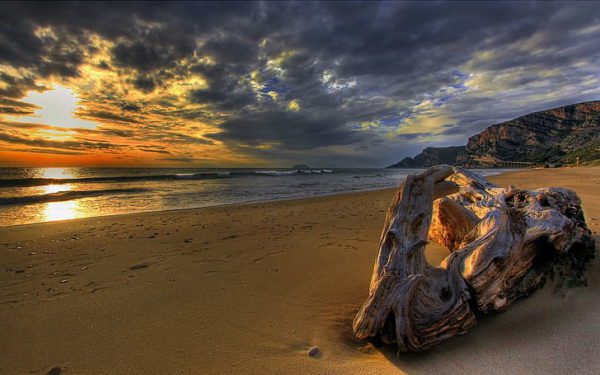 In hearing the songs of others we learn respect. By shutting down the chattering Self, we acknowledge all that there is and see that we too are a part of that. We take down all the illusory borders and boundaries that we have created in order to fully grasp this concept, in order to live our truth. Where we find respect and integrated living with the natural world, we find Druid ethics.

Seeing the sacredness in all things is paramount. Many Druids are animists, seeing this sacredness and working with it on many different levels of understanding. When we realise that we are not more important than the bee, then we stop buying crops and cereals that use harmful pesticides that are so destroying the world’s bee population. When we see that we are no more important than the redwood, we will not support clear-cut logging, or any other unsustainable logging practice. We can no longer consume products that have been tested on animals. In every aspect of our personal consumption, we look at how we are no more important than that which we are relating to, and from there we make our personal choices. Based upon deep thought, reflection and relationship with the world, our decisions will reflect our personal truths. 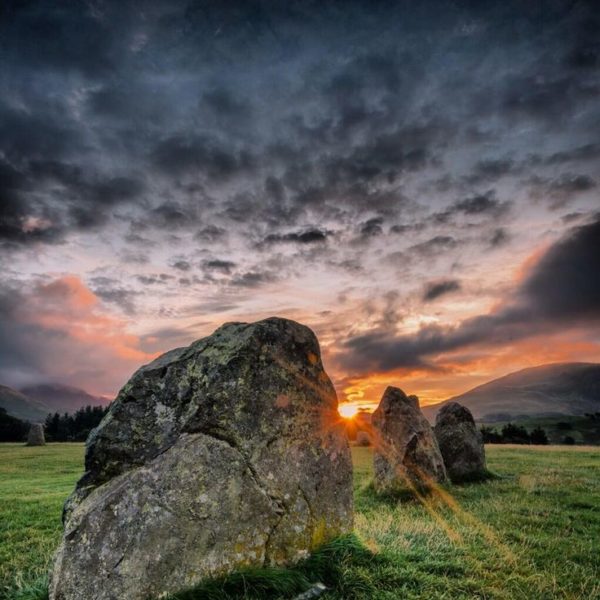 Yet we, as Druids, must be careful not to feel better than others because we live in such a way. Others may be wrong, and we may be legally, morally and ethically right – but we must lose that need to be right in order to live truly in harmony. We are no better, no more important than anyone or anything else in all circumstances.

It’s hard to summarize this into a simple sound-bite that others who are not of the Druid way can understand. It’s easy to get lost in poetic words and imagery, which may appear “flaky” or “hippy-dippy” to the sceptics. There are as many people willing to poke holes in any spirituality as there are people genuinely interested. What we as Druids must do is to come to our own definition of our personal ethics and be able to convey them to others when asked. 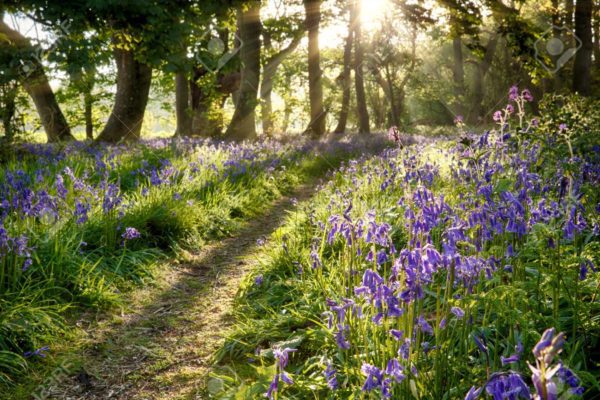 For me, Druid ethics are based upon deep respect for the natural world, where the sacredness of all things and the interconnectedness of all beings are paramount to how I live my life. I strive to live in harmony and in peace with the world, and where there is conflict, to work to resolve that in the best way forward based upon my understanding of the natural world. It takes a profound sense of courage to be able to follow these ethics, especially where the self is considered no more important than any other, yet in that journey we find true integration and immersion.
In that integration and immersion, we find our true self, the meaning of life and even god/the gods. 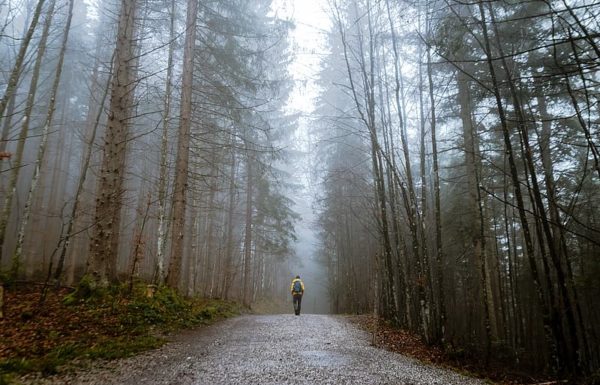