Druidism and the Way of the Dan

Druidism, whatever else we would like to think of it as, is a social structure of the past. It existed within ancient Celtic society, serving a very specific role. As the original Celtic social structures that supported it began to disappear and transform, druidism also began to either disappear or transform…

Druidism and the Way of the Dan 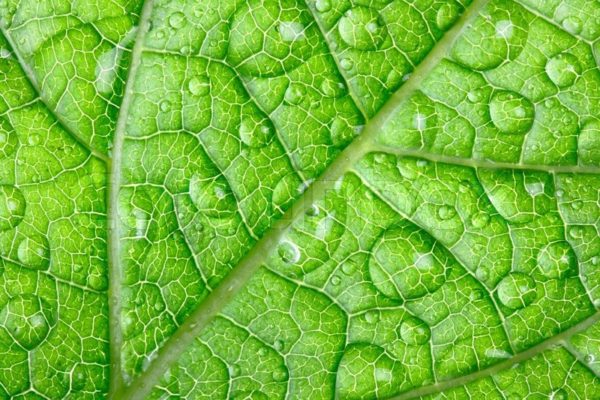 Druidism, whatever else we would like to think of it as, is a social structure of the past. It existed within ancient Celtic society, serving a very specific role. As the original Celtic social structures that supported it began to disappear and transform, druidism also began to either disappear or transform. It is for this reason that we cannot revive druidism back to its Iron Age form. However, the Celtic spirit is still very much alive and breathing, evidenced by the recent renaissance within the last couple hundred years.

Much of this “neo-druidism” has been the product of wishful thinking and imagination. Although imagination is important in any creative endeavor, whether it is spirituality, music, or mathematics, when we deal with working with past traditions, it is just as important to include scholarly research and respect for the living tradition. And so if we are to grasp as this druidic spirit, it is important to understand what role it may play in these modern times, rather than dwelling on what it once was.

Many of the traditional roles filled by the ancient druids are no longer absolutely necessary in light of Celtic social adaptations. Not absolutely necessary, as opposed to simply not necessary because it is still ideal to have a grasp of these concepts and roles. For example druids filled the roles of judges, lawyers, and historians, amongst other things. If we are to take our inspiration from the druids of the past, in light of modernity, then it is important to honor the ancient traditions. Many neo-druids fill these gaps by learning the laws and history of their country, or of ancient Celtic lands, and putting emphasis on the concept of justice. This is to the best, as it is part of a philosophical system framed in the inspiration of what we know of the ancient druids. 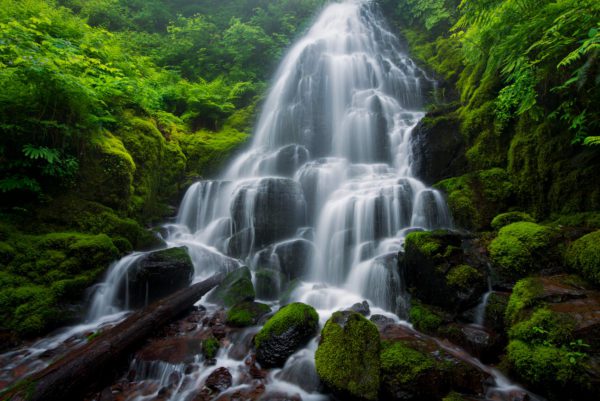 However, all to often, I have witnessed the inspiration of the past becoming a dogma of the present. Ideas spring up around what “authentic druidism” is, or who holds the true traditions. These squabbles are pointless for several reasons. Although it is highly likely that druids continued to teach in secret, and pass on their wisdom, it no doubt evolved from those times. We have no way of distinguishing between so-called “authentic traditions” (if any truly exist at all) and the notions of romanticists, trying to pass off their traditions as being the “truth”. Even if we could distinguish these traditions from one another, could we truly call any of them “truth”. Druidism was not a dogmatic institution from what we can see, and there were likely as many differing opinions as there were druids. The moment we get caught up in trying to believe just what the ancient druids believed we lock ourselves into boxes. Druidism was never meant to be a box; part of the reason why they never wrote anything down. Once it is written down, one can possess it, cite it, and make it dogma. It becomes static, opposed to the fluid nature of an oral tradition.

This is where Truth comes in. An Fhírinne aghaidh an tSoail, the Truth against the World. There are many different interpretations of this, and I think the saying speaks for itself in suggesting there is no one right meaning. To me it means weigh your own Truth against that of the World. In other words, to quote Dr. Timothy Leary, “think for yourself, question authority”. What the ancient druids believed may have very little bearing on what is applicable to modern society. Not to say it is inconsequential, as I myself would very much like to be able to go back in time and see just how ancient druidism worked. No doubt it would be fascinating. However, what I think is more fascinating, and perhaps even more appropriate is what each of us believes from the depths of our hearts, when we are truly in the stream of the Celtic spirit. For if our minds and hearts are open, and we enter this stream, inspired from the past, but working in the present, then can we not say that this is the only authentic druidism that exists? What can possibly be more authentic than the present moment? 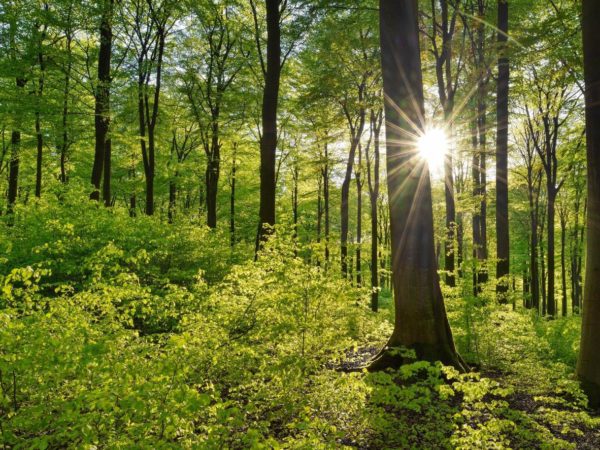 And so it is with this in mind that I suggest a different path of druidism, based on the present, and centered in the heart and soul of each of us who walks the way. This can take many forms no doubt, varying with each person. From my own explorations into this path of working, I have discovered for me what it means to be a druid, which includes some points which may or may not be common across the board, when we truly begin to center our passion in the present moment. I do not claim that my way is ancient, that it is anything beyond my own invention based on my own experiences of the Celtic and druidic mind and spirit. I call it the Way of the Dán. I share this for one simple reason. I think one of the main purposes that people seek out nature based spiritualities such as druidism, is so that they can find healing of their Wounded Souls which is caused by the alienation, disenfranchisement of the self, and loss of the sacred in modern society. However, many, including myself for a period of time, found that once we tried to fit ourselves into the boxes presented in many versions of druidism, we encountered the Wound once more. The Wound was caused by putting ourselves in boxes, and so it cannot be cured by doing the same. 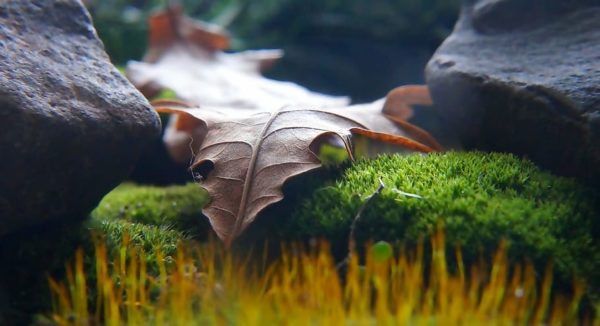 Dán is an Irish word which has many meanings. All at once it means art, poetry, destiny, fate, and faculty. The words which are most interesting to link are art or poetry and destiny or fate. I see the idea of Dán as being a sort of Irish Tao, it is the natural flow of the universe, the poetry of our lives. When we enter this flow we are in harmony with the universe, and we are constantly being shaped by it, though through that process we become a co-shaper with this universal energy, which is sometimes called Dana.

One of the things I found missing in druidism was mysticism. There is spirituality, philosophy and sometimes even religion in it, but not often mysticism. Mysticism is the struggle of the individual to attain understanding of the nature of reality, and to transform consciousness into harmony with that vision. This can only be done through the self. It should also be noted that this mysticism could be interpreted as what is often called “Celtic shamanism”.

Ireland is said to divided into four parts, prosperity in the East, music in the South, knowledge in the West, and battle in the North. It is this battle that is the mysticism of the Celtic soul. I imagine this battle to be akin to the Sufi idea of jihad, the inner battle between the soul and ego. In the Eastern traditions this battle is the souls struggle to overpower and destroy the ego, thus losing one’s self in the transpersonal realms of Spirit. However, I believe that in the Celtic tradition, it is the opposite. The battle is between the soul and ego, not to dominate, but rather to harmonize. In the Celtic Christian tradition there is the idea of Green Martyrdom, self exile into nature in order to find God. Whether you use it in a literal or metaphorical sense, it is exactly as this battle is. The surrender of the self (ego), to the untamed wildness of nature (soul). The self/ego is not dissolved, but rather becomes a part of nature/soul.
This is the path to unity of Heaven and Earth, or Earth and Spirit, within the individual. It is suggested that the sanskrit word duir, which is the root of our word door, is also the root of the word druid. Whether this is the actual entomology or a folk entomology it sums up what I see as the true purpose of the modern druid; to become a doorway between these realms, leading people through back to a sacred relationship with all existence. In this way we can begin to heal the Wounded Soul that has gutted our society. 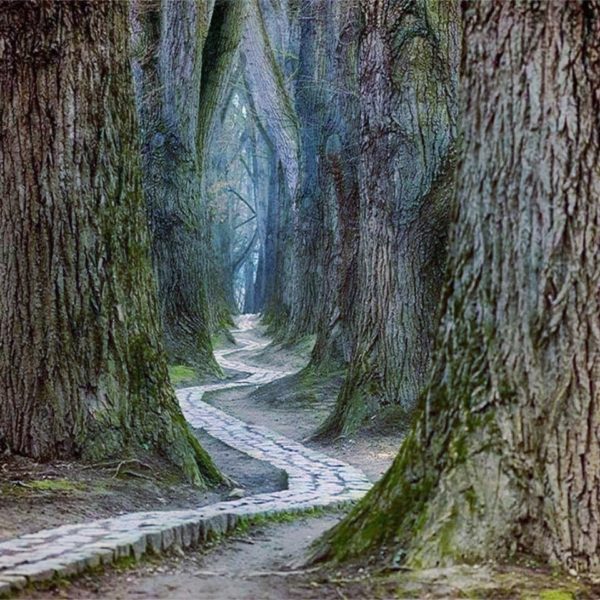 I see that path consisting of many aspects, many of which can be found in the mystical traditions of all cultures, including Celtic. The first step usually consists of an initiatory or rebirth experience, where the person spiritually dies and is reborn anew. In The Tao Te Ching is says that, “to die but not perish is to be eternally present”. In these experiences there is a crisis with the self, and it is burned away. We are then reborn from our ashes with a vision for our new existence. We are faced with a choice though. We can either surrender to this force, to the dán, or die (literally or metaphorically, depending on the severity of the initiation crisis). It is here that we most often realize that non-dual nature of reality, when all apparent dualities vanish and we are left with nothing but oneness and our harmonization with it. Having bridged within ourselves the gaps between dualities, the apparent gap between Spirit and Earth, we become a threshold, a doorway for others to cross through.

As said before, I make no claims that this is anyone’s truth but my own. I purposely left the description of what I have called the Way of the Dán open-ended because the specifics will always vary, as each person is different form another, and so what we see when confronted with the eternal presence of the universe will never be the same. And so it is with this idea in mind that I present the notion that if we confine ourselves to the past then we are only mimicking and following. Tradition is important, but all traditions have left us room for interpretation and exploration. Traditions exist so that we have a place to start, so that each search does not have to start from the beginning. Such is the essence of history, each event built off prior events. But history does not stand still just as spirituality does not. The past and traditions are only there to point us in the right direction of the present, but it is up to each of us to decide the course of how we are shaped and shaping. Authenticity does not lie in the depths of the past, but in the sincerity of the present. 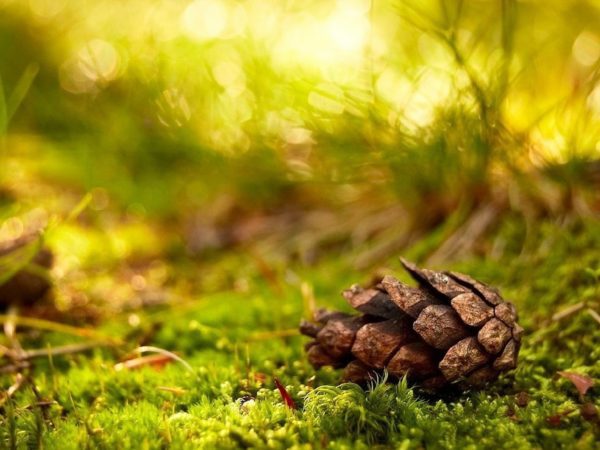