A number of “Frack Free” protest groups were established around the country and lobbying began of local councils and politicians. My wife and I became members of Frack Free Bridlington and the Villages, and we became aware of the wider pagan frack free movement “Warrior’s Call”…

May all our conversations together be held in a spirit of peace and love.
You can send your own submissions by email to justice@druidry.org. 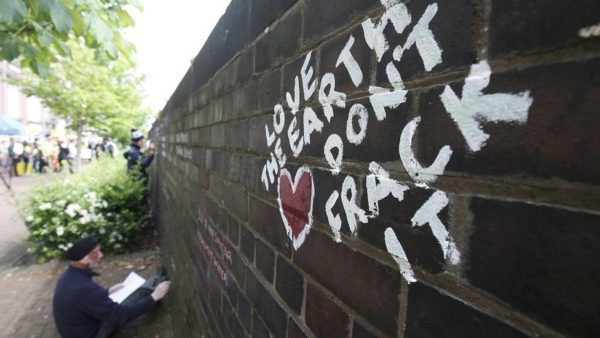 Fracking is a term used to describe an unconventional method of extracting gas from deposits of shale; the term is shorthand for ‘hydraulic fracturing’. This involves drilling down vertically and then allowing the drill-head to traverse the rock strata horizontally. Once in place, water, sand and a cocktail of chemicals is pumped down the well under extremely high pressure such that the rocks actually fracture and the cracks are held open by the sand particles allowing trapped gas to be released and flow back up to the surface. Unfortunately, this process is prone to failure of the well casing; when this happens, methane gas is released directly into the atmosphere and the contaminated well fluids spill out onto the surface. Apart from the issue of the lack of robustness of the industrial process and ensuing environmental damage, there is also the issue of continuing to exploit fossil fuels at a time of increasing pressure upon the climate through our failure to control atmospheric emissions.

Fracking is widely used in some US states and was elsewhere around the world; however the number of countries now prohibiting its use is growing as a result of concerns about its effect upon the environment in both the short and longer term. This process was licenced to take place in the East Riding of Yorkshire. Policy makers had seemed to take little account of the fact that drilling would be taking place through a chalk aquifer which underlies most of the area and provides 95% of the fresh water reserves for East Yorkshire. In the early test phase, there had been a number of serious incidents resulting in spillage of fluids and gas escape which had caused environmental damage and illness. Even in ideal situations, the returning well fluids are highly contaminated and have to be transported to specialist treatments work. Incidentally, this is the same process that caused small earthquakes in the Blackpool area.

A number of “Frack Free” protest groups were established around the country and lobbying began of local councils and politicians. My wife and I became members of Frack Free Bridlington and the Villages, and we became aware of the wider pagan frack free movement “Warrior’s Call”. We were relatively new OBODies but understood that Fracking was something that had to be opposed….the promised gains simply didn’t justify the impact on the environment for decades to come and the danger of mishaps impacting on the lives of humans and other creatures. Also, we felt that what was being proposed was an affront to the Spirit of the Land and couldn’t allow such disrespect to pass unopposed.

When the companies began to set up their operations in our local countryside, we joined local residents and others in protesting outside their compounds…there were many older people, such as ourselves, doing this sort of thing for the first time in their lives. There was always a heavy police presence at these sites, and they were often drawn from outside of the area and could be extremely intimidating towards us….many folk, even people in wheelchairs, were roughly handled and unlawfully arrested. We also attended marches and rallies outside the County Hall when planning decisions were being heard.

It was clear to us that the general public had little comprehension of the issues at stake, so quite a lot of time was spent door-to-door leafleting and organising public meetings to which local people were invited. This was what you might call our outward opposition to fracking…but, as Druids, we were able to engage at an inner level too.

At a gathering of the Order in Glastonbury, we were able to obtain some Warrior’s Call information and attended a fringe meeting to explore the ways in which we could oppose this industry at an inner level to promote peace and justice for the land. One suggestion that I frequently used was to draw the Warrior’s Call sigil onto a piece of cloth or paper and place it near to the site of where it was proposed to drill a well. The sigil was imbued with protective intentions and leaving it there was an expression of my love and concern for the land. Whilst at Glastonbury I had bought a small carved box with the sigil inscribed upon it. When I went to a well site, I used to pick up a small amount of soil and bring it home, put it in the box and place it on my altar. When I used the Druid Peace Prayer, usually at the Full Moon, I would hold the box and imbue its contents with my prayers and allow that small amount of soil to act as a witness to my intentions.

Thus far, the threat of Fracking has receded. The high costs involved is making it uneconomic, and opposition to the industry is high both at an outer and inner level. 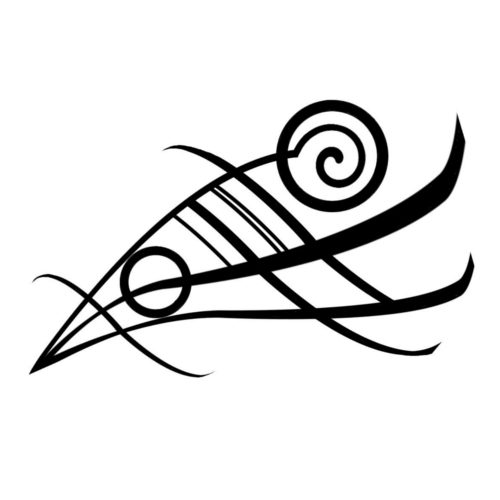 Druids for Justice articles:
Introduction to Druids For Justice
Life Beyond Genocide
What Can Druids Do To Combat Racism?