When I learned history, Columbus discovered America. Later, my daughters learned that the Vikings arrived on these shores 500 years prior to Columbus. A few years ago, I heard that ancient Celts possibly wandered America’s heartland and left Ogham marks on a cave in Colorado… 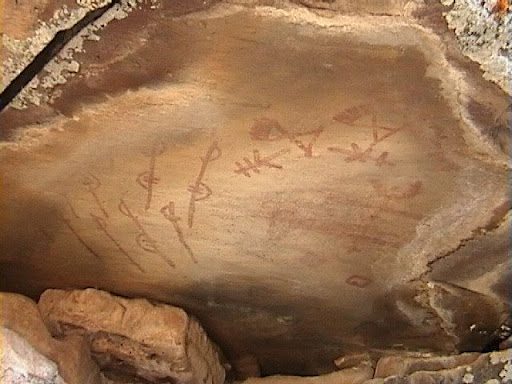 When I learned history, Columbus discovered America. Later, my daughters learned that the Vikings arrived on these shores 500 years prior to Columbus. A few years ago, I heard that ancient Celts possibly wandered America’s heartland and left Ogham marks on a cave in Colorado. Being Coloradoan, of strong Celtic ancestry myself, and an OBOD Ovate, curiosity grabbed hold and I prepared to recalibrate yet again my knowledge of the discovery of America. Soon, an academic requirement afforded me the opportunity to look into this curiosity. Prepared for anything, I sorted through scholarly texts, pictures, videos, transcripts, and maps that swirled like dervishes around all of the allure and luster only the possibility of the impossible can whip up. I practically choked on a dust-storm that spawned from the many nearly believable theories and winsome, wacky characters met along the way. Finally, unexpected evidence was unearthed from the epicenter of this American controversy that speaks pivotally to matters crucial to modern-Druid hearts, no matter which side of the Atlantic they reside.

On the Comanche National Grasslands at the very south-eastern corner of Colorado exists Crack Cave, formed when a large boulder broke away from the bluff. Inside, numerous petroglyphs decorate dark walls. With extremely clever artistry, the etchings illuminate by the sun only two times a year. The entire ‘show’ lasts from eight to twelve minutes and draws awe-struck crowds. 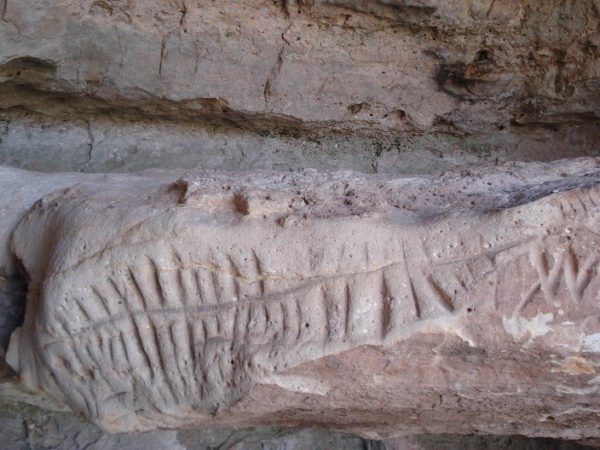 Some say Druids from the Old World marked their travel here by use of the ancient Celtic tree language, Ogham. Others insist that evidence from the entire area of the plains, canyons, and deserts of the North American southwest point to the early native civilizations as author. The city of Springfield, 35 miles (56 km) north of the cave, takes advantage of the controversy and throws a festival twice a year during the equinox. The debate over who left these markings keeps the crowds coming. One thing for certain and as any Druid or neo-Druid can appreciate those parallax engravings, in conjunction with the sun’s rays striking them, precisely mark the equinoxes.

The Druids-in-America hypothesis purports that people from the Old World explored the Arkansas River long before either Columbus or Ericson. This all seemed to start with an accomplished marine biologist from Harvard University, Dr. Barry Fell. He became increasingly interested in rock carvings. Without formal study in epigraphy or languages, he founded The Epigraphic Society in America and became an autodidactic authority on the art of deciphering ancient writings. His most popular books are extensively quoted and reproduced on the internet and follow the same theme that Europeans sailed to Middle America before Christ and in the Bronze Age. 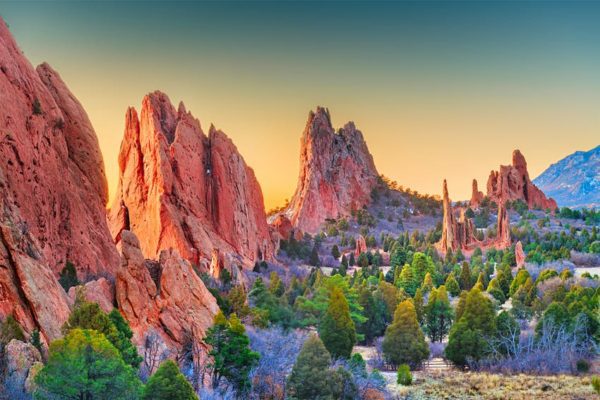 In History on the Rocks, which aired on Colorado PBS in 1985, Fell explains Ogham:

It was used mainly by Celts, but also other people. Arabs have used it for example. Norsemen occasionally used it for their language. It can be used for any language. It’s only a writing system, after all, and you could write English in it if you wished to. The earliest forms of Ogam. . .was like Hebrew, early Hebrew and early Arabic were written without vowels.

What exactly is Ogham or Ogam?

Neo-druids know more about Ogham than most today. In a nutshell, the original Ogham alphabet comprised twenty letters (15 consonants and five vowels), to which five diphthongs were added at a later stage. Ogham was a secret alphabet used by the scholarly Celtic class, whereas Greek was used by the Druids persistently for public and scholarly works until the coming of Christianity. Could the scratches on the wall at Crack Cave possibly be Ogham from the Old World?

The Fell group seems to hold that conjecture even though they admit much evidence is lacking. The assertion, also, that vowels were not used in ancient Ogham is disproved by scholars on many ancient Ogham inscriptions, including that on the Buckquoy spindle-whorl and stones found on the Isle of Man. However, American’s unfamiliarity with Old World ancient artefacts and languages, make us susceptible to other interpretations.

After the Crack Cave PBS documentary aired, the show’s producer transcribed a companion follow-up with the local archaeological community. Entitled History or Mystery, a discussion ensued with the Fell group and Sally Cole and John Gooding.Cole researched and wrote Legacy on Stone and is one of the most intimately familiar scientists who study rock art of all forms – carved or painted. She is convinced that the Crack Cave etchings were done by Plains Indians. John Gooding, at the time supervising archaeologist for the Colorado Department of Highways, indicated that the etching interpretation of the Fell group was interesting, ‘very interesting’ but beyond that, what further evidence might they have to prove that Celts roamed in Colorado? Without that further evidence, Gooding said, free interpretations of how the glyphs got there are hard to believe. If ancient Europeans were in the vicinity they would have left a trail of trash or something other than just inscriptions. Gooding reminded everyone that Native Americans looked at the sky and the stars too. Northern Colorado author Joseph C. Nemeth, a precision algorithmist and OBOD member, seems to agree and documented his interesting experiment of how ancient societies of the world calculated an accurate view of the heavens and the circumference of the Earth independently from each other. (Yes, the ancients and most everyone else except for a few knuckleheaded clerics in medieval Europe knew that the earth was round). 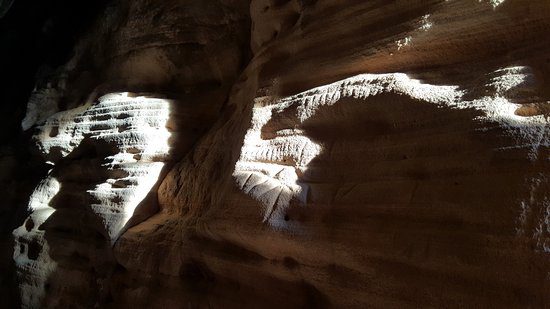 Gooding reiterated to the Fell team that,

…archaeologists are looking for anything that contributes to the pre-historic record that is verifiable. Nothing that is in that program is verifiable beyond the marks that they choose to interpret. That is the thrust of anthropological research. . .you have to verify what you’re saying. . .  (History or Mystery 1985).

Cole expounds that fact in her book that

It is to hunting and gathering people of the Western Archaic cultural tradition that the earliest rock art . . . is ascribed. . .The long Archaic lifeway produced many archaeological remains, including chipped and ground stone artefacts; implements of horn, antler, wood, bark, and fibre; baskets; netting; matting; sandals; moccasins. . . (Cole 1990, 9-10).

The fact is that no Old World artefacts have been found in Colorado or anywhere else in the Americas. There is loads of evidence, however, that the ancient civilizations here knew and practiced sophisticated astrological prediction, calendar making, and building. Solstice and equinox paintings and markings that also follow a direct alignment with those times are scattered throughout this land. Some such sites are indicated in Indians in the Americas – The Untold Story. Dr. Ray Williamson documents brilliantly the celestial rock art of the Anasazi. The sacred abounds in America, even without a single ancient Druid leaving a mark.

Most important, the Fell group shows extreme impatience. Mysteries flourish when studying any culture and most study takes decades to complete. While archaeological assistance was asked for, no one waited to receive it and, in the meantime, many sites have been destroyed from future research by amateur excavations. With each successive dig, this group continues to burn any bridge of cooperation between themselves and legitimate science. The amateurs continue to sell books but do nothing to promote the truth and, in fact, hide honest questions. 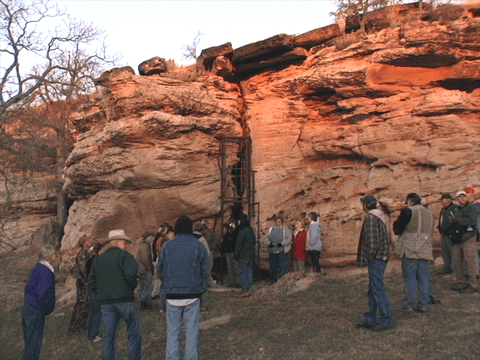 Humble folks in the crowds that gather at the cave each equinox, many of them Midwestern farmers and ranchers, are blinded by the leading questions that the Fell group postulates. Equally intriguing questions remain in the dark. For instance, is Ogham something so unique that it could only develop in the Old World by Celts or could it have evolved separately and similarly over here too? On the surface that may seem a bold question coming from an OBIE-in-training, and an American one at that. Yet, at the heart of the neo-Druid path lingers piercing and hard questions, the answers to which many times shatter preconceptions on their way to illumination. A cursory glance at the Mayan, Aztec, and Inca cultures show that similarities between ancient North American, European, and Middle Eastern cultures abound.

The idea that Ogham-like symbols could only be unique to the Celtic mind and incomprehensible to ‘savage’ native minds recall the prejudice directed at the ‘barbarians’ above Hadrian’s Wall.Science definitely gets in the way of supporting a Stonehenge-like mystery in America’s own backyard, but there are undeniable similarities between the American natives and old world Druids. Both societies developed closely aligned religions that centred on polytheistic and animistic beliefs; circles were sacred and nature revered. These two cultures knew nothing about each other, separated as they were by an ocean, yet had many foundational beliefs in common. Additionally, in their histories, both societies were colonized: the Celts by the Romans and Saxons, and the Native Americans by the Europeans and her offshoots. 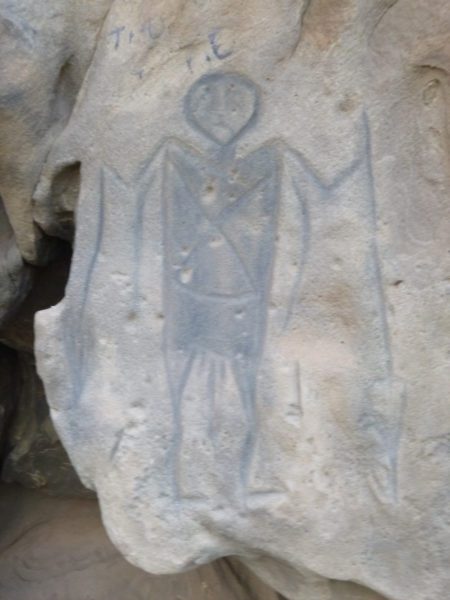