by Harriet Sams ~  What is ecotherapy and what role could it play in Druidry? Ecotherapy branches from ecopsychology and originally comes from a Buddhist approach to the therapeutic practice of nature-based psychology. It uses the concept of ‘other-centred therapy’, a concept that encourages the client to view the world from an understanding that they… 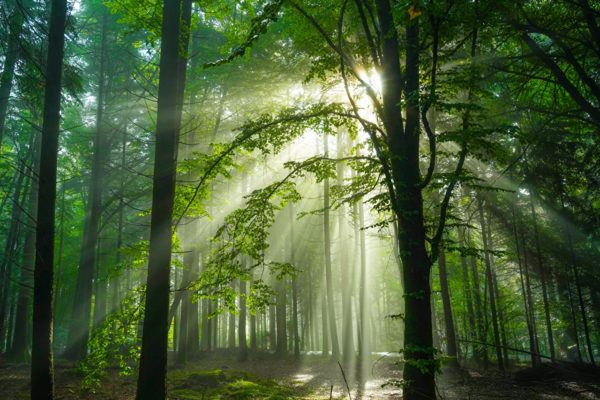 What is ecotherapy and what role could it play in Druidry?

Ecotherapy branches from ecopsychology and originally comes from a Buddhist approach to the therapeutic practice of nature-based psychology. It uses the concept of ‘other-centred therapy’, a concept that encourages the client to view the world from an understanding that they are not the sole or most important aspect of their own lives. It is a movement away from ‘self-centred’ therapy, where there are traditional roles for client, therapist and therapeutic space, to a therapy where much of the work is done outdoors in both a natural environment and the human-built landscape.

‘Other-centred’ therapy is basically the understanding through various exercises, discussions, meditations, and practices that encourage the client and groups of clients to enhance their awareness of not only other humans but also the living landscape in which they find themselves. The living landscape is therefore seen and used as partly a therapeutic container for self-development, but also as a prompt, tool, and therapist and group member in its own right.Ecotherapy develops: empathy; objectivity; self-awareness; nature connection; human connection and many other positive behavioural patterns. It is ideal for people who wish to deepen their awareness of the natural world or who have deeper, personal experiences they need to come to terms with. It eventually can also lead to a change in behavioural patterns, in things like self-awareness, landscape awareness, responsibility for the land, empathy for other fellow humans and other issues. 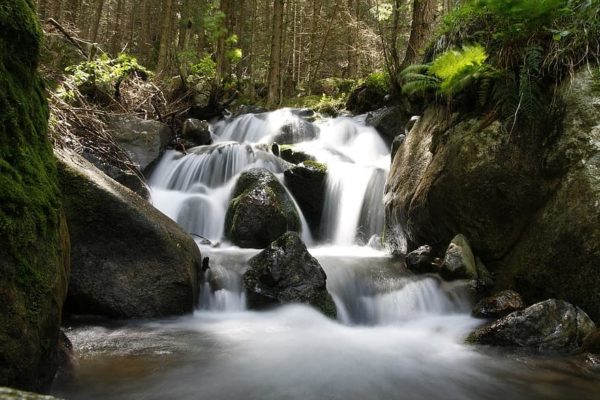 So how does this fit with Druidry? Ecotherapy comes from a Buddhist psychology initially, but it can clearly be developed as a non-religious therapy, or indeed a secular one. Druidry is the deepening and full immersion of the individual into the eternal and powerful reality of the world in which we find ourselves. It is also the development of spiritual practice for the greater good, of humanity but also of this suffering Earth. It is the development of good practices in terms of living simply, living truthfully, with minimal impact, and living with empathy for all other living beings, including Earth Herself. Ecotherapy, in my opinion, fits therapy into the goals of Druidry and could potentially be a very important structure of work, which can be used to assist individuals as well as groups in deepening their understanding of others in this world.

In my opinion, one of the single most pressing things to address in the awakening of humans to the plight of this world is their individual relationship with and understanding of the natural world. Western influences, which are now spreading at an alarming rate into less economically developed countries, have long assumed domination over the natural world and humans’ detachment from it. If we are fed, then the processes as to how that happens need not affect the individual. If we can get to work and make money, then the processes behind how this is occurring need not affect the individual. If we can enjoy a comfortable life, then how this is happening need not affect the individual. Ecotherapy and Druidry both challenge this assumption and both offer a framework within which the individual can look at this for themselves. Ecotherapy offers accompaniment in the form of a therapist and a therapeutic container. This is a crucial element to ecotherapy work: not only will the client or group be supported through therapeutic work, the therapist can offer exercises, meditations and practices which can support them, within the support of the natural and built worlds. 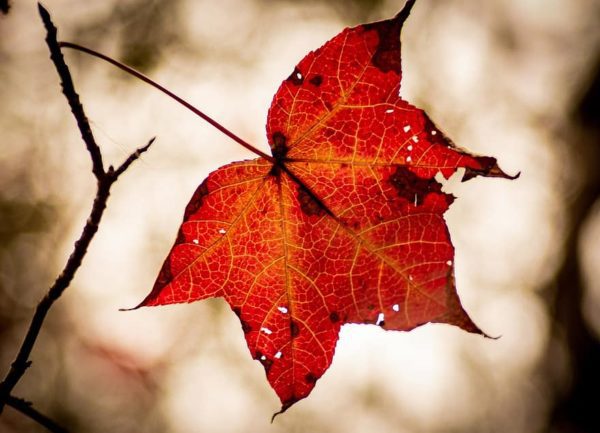 My experience of Ecotherapy

I began ecotherapy training in May 2015. Thus far the modules of study have covered: embodied presence and sacred space; therapeutic triangle and object-related identity; myth, ritual and creativity; embodied living; and the final module will be about the conditioned view and encounter.

Headings often do not portray the depth of work within each one. To expand I would say that each module has encouraged us to find ways in which to work in the landscape. For instance, the Myth and Creativity module wove myths into our understanding of what we see around us. This is absolutely in keeping with Druidry. In fact, I cited the tale of Taliesin as an example of a myth that I personally use to help me make sense of aspects of the living landscape. This module links us nicely into ancestor relations; a sense of stewardship and responsibility over the land, even when the vast majority of people do not have perceived genetic links to their place of living. This module also works with ritual as a connecting process to the world around us. Again, this directly links to Druidic philosophy.

The module on the therapeutic triangle encourages us to think of ways in which the client can become more aware of the other, here personified by Earth. It invites the client to gain a closer connection to the land, even if it isn’t fluffy and cute, when perhaps it is wet and dank, dark and possibly a little bit scary and uncomfortable. Connecting to Nature is often an uncomfortable experience, especially since we have become softened by modern living. The ecotherapist can support an individuals emotional and spiritual arousal to these triggers. This is completely compatible with the aims of Druidry. 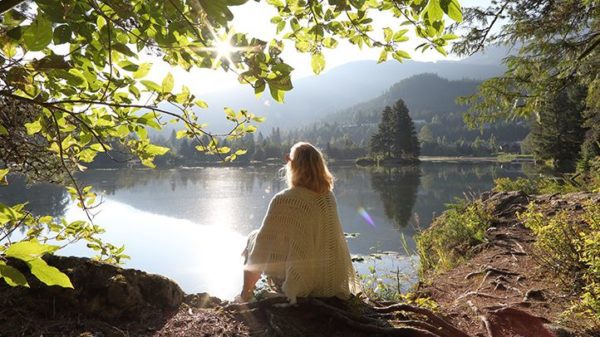 Sacred space therapy clearly gives the client the opportunity to work with sacred spaces that they themselves can create. What makes a space sacred? Is it a memory, or an investment of our own in some way? Embedded living asks the simple question: so now you are aware of the world around you, what happens next? I have found this to be very constructive work. It has brought the client and groups to the very edge of their understanding of assumptions, comforts, blind spots and patterns. It then gives them space in which to truly identify practical ways in which they can reduce their own impact but also come to terms with themselves as an active participant in the world. Again, Druidry asks of us a deeper awareness of the world around us in order to live in harmony with it. Although this is a very challenging, lifelong task, ecotherapy is an on-going container which Druids can use to connect their practices with their own deeper psychology of their role in the world.

How I have merged Ecotherapy training and Druidry

I have listened every day for two years to first the Bardic Grade Gwersi and then the Ovate Grade Gwersi. Listening to both of these has prompted me to look deeper into my own life, career and contribution I can make to others. I have, in a very real way, had epiphanies through Druidic learning. I have learned that I am absolutely capable of living an engaged, aware, simple life. I can indeed bring up my children to know about the turning of the year, the gods and goddesses of place, of their ancestors, of local herbs and foods, and I can do it without meaning to step on the toes of anyone else’ faith in the process. Druidry has taught me that there really is hope, in the seeming mess of the world, there is joy and beauty and peace to be found, right here in our lives. Through druidry I have taken direct action to minimise my own impact on the land: changing electricity suppliers to 100% eco; being a better vegetarian and encouraging my children to eat less meat too; planting trees; foraging more and sharing produce with neighbours; meditating more; turning the heating down; stop burning coal in the fire; recycling everything I possibly can; and a plethora of small actions that I take when they arise. 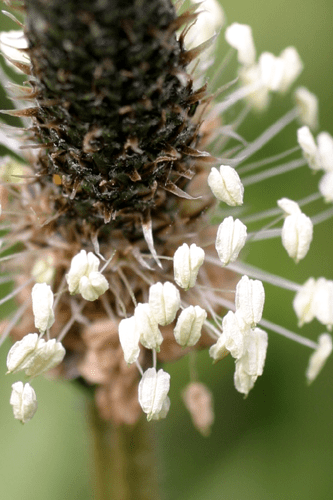 Druidry also led me eventually along the path of wishing to become an ecotherapist. I have come from a background in Archaeology and I am also an adult education tutor in Italian, Archaeology, meditation, and yoga. I wished to merge my experiences of tutoring and my understanding of archaeology, with the spiritual path that Druidry offered me, in order to connect British people with their landscape. I do not write this to somehow promote nationalism, but instead, to emphasise that our land beneath us and our interconnectedness and connection to the other is universal, eternal and deeply spiritual. It therefore supports the notion that what we are is not nation-bound but is of everywhere. The way to connect to wherever you are is through ecotherapy and Druidry. I note that I work in Britain and I have come to understand my ancestry and landscape through being embedded in this land, yet ecotherapy is a therapy that is transferable to anywhere on Earth.

So, at the end of my Bardic training I began ecotherapy training and I will be completed in this in a few months. I aim to expand the workshops that I already offer for yoga, meditation and archaeology, to incorporate some of the more theoretical aspects of ecotherapy. As an Ovate, I will bring some Druidic awareness into my practice, yet I am aware, as has my Buddhist facilitator in my training, that not every client will be Druid, nor particularly ‘spiritual’ per se. I intend to work as a therapist with my own container that the Ovate work has given me. 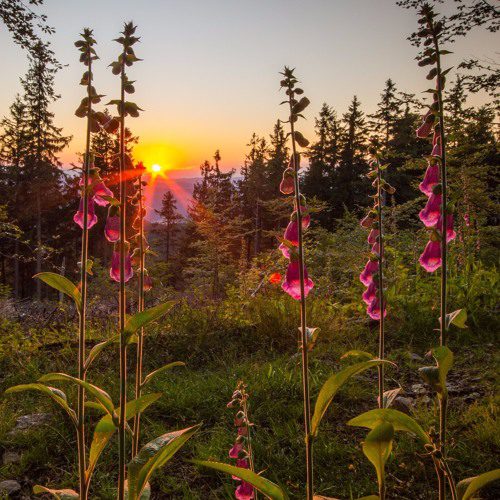 Relevance to Ovate work of Ecotherapy

The Ovate training has been very overarching for me, and I have read a vast amount of books, recommended along the way, about Runes, Ogham, herbalism, scrying, divination, ancestors, shamanism and journeying in various forms. I have been absolutely fascinated by the learning I have undertaken and I was deeply tempted to study in depth a variety of these elements to the Ovate’s work.  In the end I decided upon ecotherapy as I kept coming back to the realisation that every single one of these aspects of Ovate work are connected in the individual and that individual’s relationship with the land. My work with ecotherapy is what could potentially allow me to bring these Ovate elements into the therapeutic world and could eventually help change current thinking about our culture of destruction and consumption at any cost.

Ecotherapy is, in my opinion, a natural progression of Druidic philosophy as a realistic and approachable therapy for everyday people. It offers people the opportunity to work on themselves in a safe, therapeutic environment, introducing Druidic elements of myth, ancestors, responsibility, spiritual connectedness and the land as a therapeutic container for personal growth in a really accessible way. As a practitioner of both, I will weave the elements of what I have learned in the Druid path into ecotherapy, yet give space for those who may not necessarily be Druids themselves.

Ecotherapy has no doubt enhanced my own psychological understanding of the Ovate work, within the greater framework of Druidry. It has added theory and application to an already rich narrative of indigenous wisdom that I have found in Druidry. I look forward to working further with both these practices, both as I go along my personal path, and as a therapeutic practitioner. 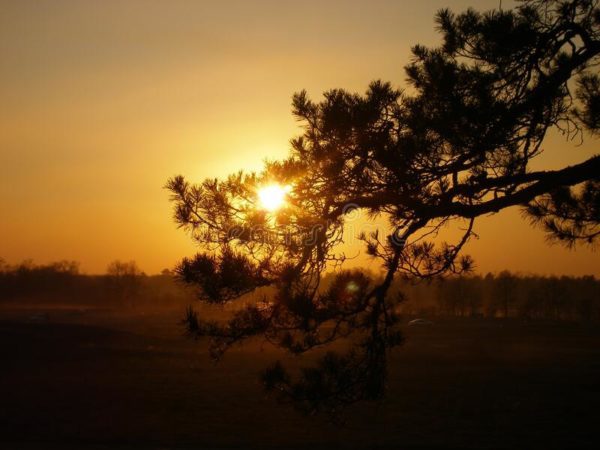