I have been walking among the hills, forests and woodlands of West Sussex for many years, in fact since 1958 when I was eight years old. (Oh, blast – now you all know how old I am..! LOL)

My favourite place has been North Stoke Cliffs near the River Arun, about one mile west of Amberley Station in West Sussex, and I have camped there many times in the past. Incidentally, this is where I became initiated in the summer of 1967 and thereafter declared my allegiance to the Old Gods and the Nature Spirits of these ancient lands and followed the Saxon/Celtic path until I discovered Druidry in 2013, and my only true regret is that I had not investigated Druidry earlier.

When I joined OBOD in 2013, I was without a secret place that I could call my Sacred Grove, and spent six weeks during that late summer diligently seeking and sensing out somewhere special and fairly quiet that I could call my Sacred Grove, and be able to go there in relative secret and use it. I don’t think it is a bad idea giving its location, because I hope others will be encouraged to find their own ‘secret place’ and of course, other Druids will be welcome in my Sacred Grove.

On Friday August 9th 2013, I went on a walk, walking from Amberley Station towards Washington (easterly) along the South Downs Way with the intention of visiting Chanctonbury Ring and then going on to Steyning where I would catch the bus back to Horsham.

At about midday, I came alongside Washington reservoir which is situated about a mile south of Washington and roughly half a mile west of the A24 dual carriageway from Horsham to Worthing.

I stopped and sat on a nearby log beside the path and had a drink of water, and as I raised the bottle and gazed beyond the reservoir fence into the woods, I heard a slow, soft whisper, seemingly from among the trees say to me, ‘Go there! Go there!’ I thought I had been hearing things and dismissed the whisper as merely the way I had interpreted the sound of the breeze through the rustling leaves.

I looked about, taking in the scene of the woodlands down the hill to my left and beyond them, the green fields that changed hue in the shadows of the passing clouds. I thought the trees were ‘silent sentinels, marching motionlessly towards the valley floor’ as year by year, decade by decade; they seeded and spread their presence across the land like a slowly advancing army. 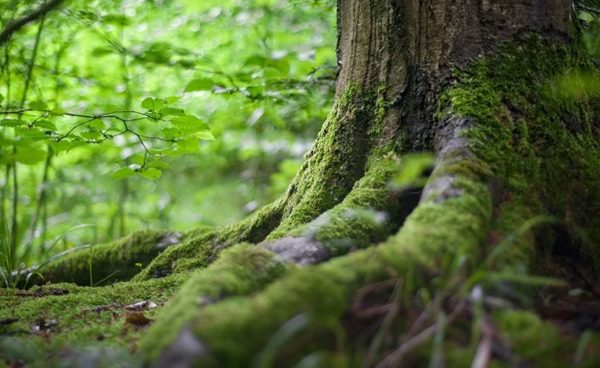 I took another swig of water. Again I looked to my right past the reservoir and again I heard the soft, slow but urgent whisper, ‘Go there! Go there. . . !’ This time it got my attention and I thought, ‘Well – something is definitely going on here and this time it wasn’t my imagination running away with me! And so with an open curious mind I looked about me to make sure nobody was watching in case I might be trespassing, and calmly walked into the woods. Trying not to leave too much of a trail, I skirted round the left side of the reservoir and suddenly felt the urge to go deeper. Something seemed to be calling me, tugging at my conscience,  giving me direction and purpose, and so I walked on, more eager now, and the tugging at me became stronger.
It wasn’t as though someone had literally grabbed hold of my shirt and was physically pulling at me – I was inexplicably, mentally compelled to go in that direction. I felt like a moth attracted to the light and I was reaching the point where mental resistance was futile;  a point of no return where I was unable to break free from the urge to explore this sensation, drawn irresistibly towards the South of the woodlands.

The sun beaming down through the trees was now in my eyes and I raised my hand to shield them from the light. In front of me were some mounds of old rubble, now overgrown with ivy, moss and brambles and I was forced to go to the left of these, down a slight, but very long incline to where there was flat ground.

Before me in the distance I could see an open grassy field through a gap in the trees, and again I heard the voice say, ‘Go there! Go there. . . !’ and so I walked towards the gap and as I passed through into a round, bare area about twenty feet across and surrounded on three quarters by brambles and nettles, I was drawn to look to my right to an area that was now at the back of the reservoir which was now on top of a hill to my right. I pushed through the nettles and low scrub. 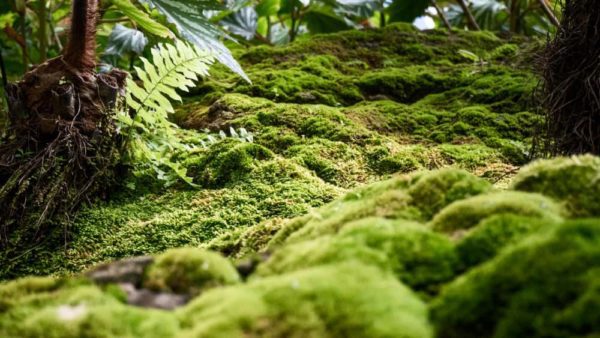 What I saw made my heart leap with joy and my spirit soar, for there was my Sacred Grove – and it wasn’t until I had seen it, that I recognised it from a dream I had dreamed many years ago – and somehow, in the depths of my mind, had never forgotten.

It was a valley concealed on three sides, some two hundred feet long, twenty feet wide at the bottom curving upwards at about forty five degrees, to a height of about forty feet. It was shaped like a great Viking longship with the ‘bow’ shape at the far end towards the west, surrounded on three sides at the top by trees and scrub, and was flat and open to the east where I was standing, where it was concealed from any long-distance viewers by the brambles and nettles, and more trees behind me to the east.

I was astounded – not only because I had found my Sacred Grove. It was because I knew that what had happened to me was a Truth beyond my immediate understanding. Never in a hundred lifetimes could I ever have perceived that such a personal, profound event could ever take place. 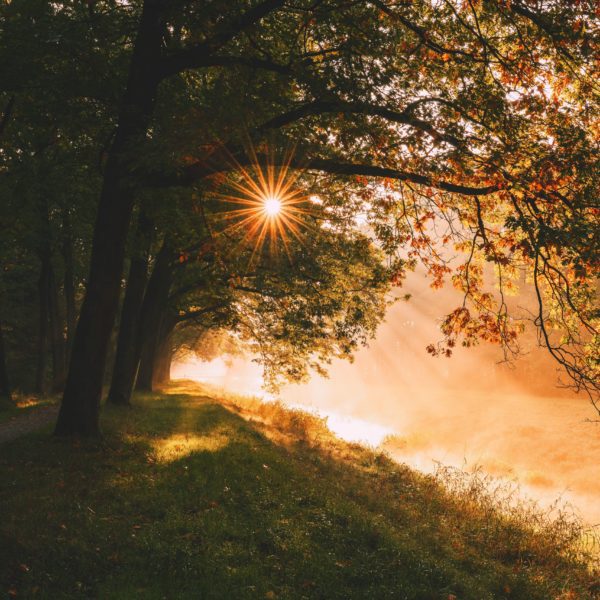 For me, the shape of the valley represented the spirit-ship of my soul, embedded in the Earth Mother’s womb, and I must climb aboard and set the psychic sails, take command of my life as the ‘Master of my fate, and the Captain of my soul’ and navigate towards the west – to the place and time in the winter of my years and at the sunset of my days, where I shall beach in a golden sunset and step down onto the mystic shores of the Crystal Castle, sparkling and shimmering above me among the mountains, and  I shall dwell in the realms of Awen until I return to Earth.

There are powers, forces and sentient spiritual living beings who have their fingers firmly established upon the pulse of all our lives, and must be closer to us than our very life-blood, and without interfering with our free will to choose, they urge us on, guide us and prompt us and speak to us through dreams, through nature – the trees, the whispering wind, the flowing waters and the rocks and earth, the birds and other creatures; through Father Sun, Mother Earth and Daughter Moon, through the Nature spirits and the Ancestors, and we should listen to how they urge us and move our emotions, because emotion is the natural language of the spirit and all things are connected through Awen.

The following Friday, I went to my Sacred Grove, sanctified it, made offerings to the God and Goddess and the Fairies and other Nature spirits of that place, thanked the Ancestors for their wisdom and guidance,  lit some incense and a candle, and initiated myself into the Order of Bards, Ovates and Druids and the Bardic Grade following the directions on the C.D. 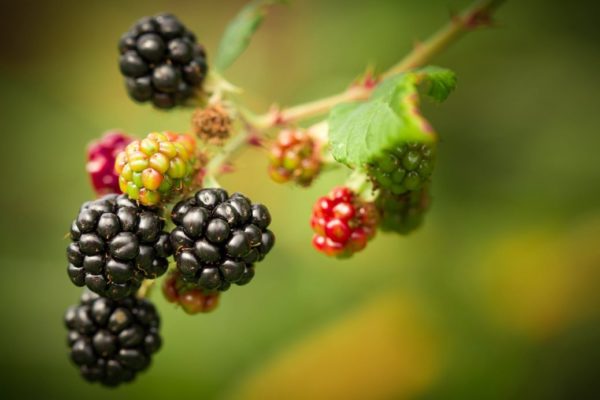 Go out and seek your secret place, your Sacred Grove – there is somewhere, some secret place that waits for you – it is calling to you, silently and emotionally. It is tugging at your heart and whispering to you in your mind.

Go and find it! 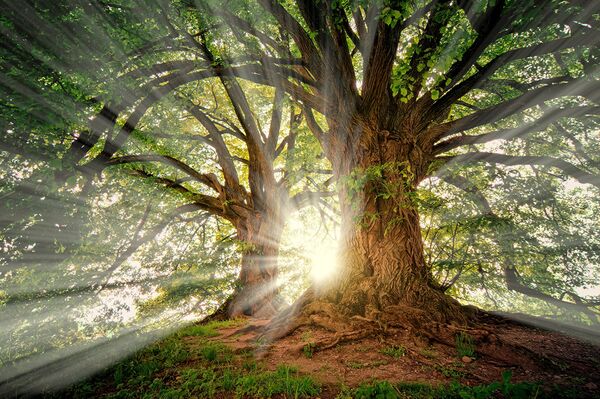