Ronald Hutton, Professor of History at Bristol University is leading a five-year research project on the history of Druidism, funded by the government’s Arts and Humanities Research Board. This project involves major research endeavours, an academic conference and the publication of two books.

The purpose of this paper is to discover why it was that Europeans in general had no interest in Druids for most of the Middle Ages, and yet were hugely enthusiastic about them by the middle of the eighteenth century. In England the timescale is even shorter, because during the 1720s and 1730s the ancient Druids remained shadowy, marginal and unpopular figures in the national imagination, and yet within half a century had become the definitive characters of national prehistory, and celebrated in plays, poems, songs, paintings and garden ornaments. Even more to the point, by the 1780s, from Wales to London, people were starting to found Druid orders in an effort to recover and revive their wisdom. This is a story that has never been told before, and it is hoped that the research embodied in this essay will represent a first step in knowledge of it. 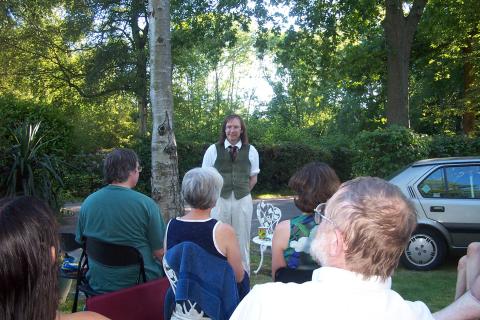 ‘I am Professor of History at Bristol University, where I have taught since 1981, when I moved over from a Fellowship at Magdalen College, Oxford. To date I have published eleven books on quite a wide range of different sorts of history, of which that which is most relevant to my interests here is Witches, Druids and King Arthur (Hambledon and London, 2003). My current research project is into the history of Druidry in Britain, and of images of and attitudes to it, from ancient times to the present. It is funded by the Arts and Humanities Research Council, which is a gratifying demonstration of how seriously public authorities now take the subject.’

Listen to the lecture