Furze is closely associated with the sun god Lugh, the Celtic god of light and genius and with the Spring Equinox, at which time it’s one of the only plants in full flower. However, folklore attaches it to festivals throughout the spring and summer months as a symbol of the power of the sun… 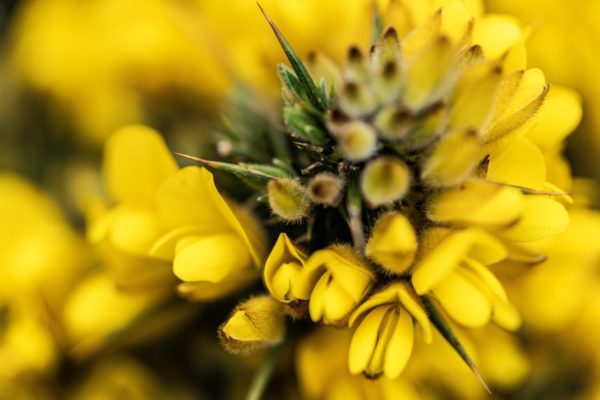 I am the blaze on every hill.

After the bleakness of winter, furze clothes the hillsides and heaths with a welcome blanket of headily scented yellow flowers. It is one of the first flowering plants of the spring, with most bushes in full bloom by April. With the newly awakened bees busy among the flowers it fills the senses with the promise of honey and other good things to come.

Furze, also known as gorse or whin, is a perennial evergreen shrub belonging to the pea family. It forms a much branched, stunted shrub usually no taller than six feet high. The leaves are very small and in older plants they form into long needle-like thorns. It is found in rough pastures, heaths and rocky places, preferring a dry soil. The word furze is derived from the Anglo-Saxon name ‘fyrs’, and gorse from the Anglo Saxon ‘gorst’, which means ‘a waste’ this being a reference to the open moorlands where it is often found.

The plant’s thorns and its dense habit make furze an excellent hedging plant. It can also be used as a barrier to protect young tree seedlings in coppices and as cover for game birds. Chopped up branches were placed in vegetable beds to keep mice and birds off newly planted crops. Pliny, who first named the plant Ulex, stated that the branches were placed in streams to collect gold dust from the water. When dried and burned, the gold could be collected as tiny nuggets from the ash. 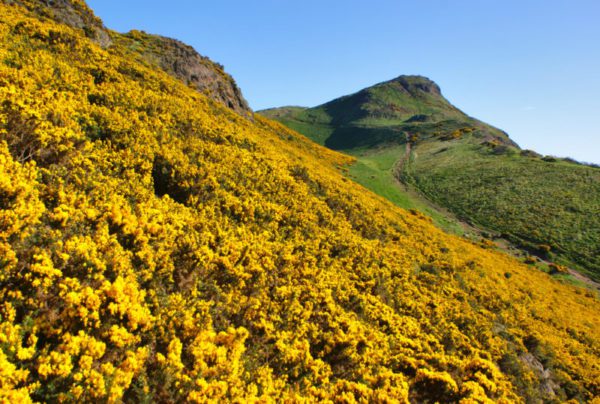 The thorny nature of the plant means that it is often viewed as having protective powers. In Wales it was said to guard against witches.

The flowers are a deep yellow and have a pungent coconut scent. Although the main flowering period is from March to August, flowers can be found on bushes throughout the year. There are three species of furze, which all have slightly different flowering seasons, so that to the casual observer it would appear that the bush is almost always in bloom. This lengthy flowering led to the country saying: when the gorse is out of bloom, kissing is out of fashion.

The habit of adding a sprig of furze bloom in a bridal bouquet is thought to allude to this, the all-year-round blossom being a symbol of continuous fertility.

As well as its use as a hedging material, furze was traditionally gathered into faggots and used as tinder to start fires. In 1864 it was cultivated in Surrey and other English counties especially for this purpose, being popular with bakers to whom it was sold as fuel for their ovens. It has a high concentration of oil in its leaves and branches, and so catches fire easily and burns well, giving off a heat almost equal to that of charcoal. Because older plants can carry a lot of dead wood, furze can be a hazard in hot, dry summers. The ashes have a high alkali content and can be mixed with animal fat to produce soap, or clay, to form a soap substitute. They were also spread onto the fields to improve the soil.

Furze can also be used as fodder for animals. It was said that an acre of furze could provide enough winter feed for six horses. It has half the protein content of oats. Horses and goats can strip the leaves and eat them straight from the plant, but it was usual practice to run the branches through stone mills or hit them with wooden mallets. This crushed the thorns and reduced the wood to a moss like consistency, which made it more palatable, especially to cows and sheep. The bushes were often deliberately burnt down in order to encourage new growth, the fresh sprouts of furze and grass providing easily accessible food for stock.

The bark and flowers produce a fine yellow dye. In Eire the flowers were also used to flavour and add colour to whiskey and the Danes were reputed to use them to make beer. They can also be used to make wine and tea. Flower buds collected and potted with a blade of mace and some peppercorns, in a white wine vinegar and salt solution, make a fine pickle. 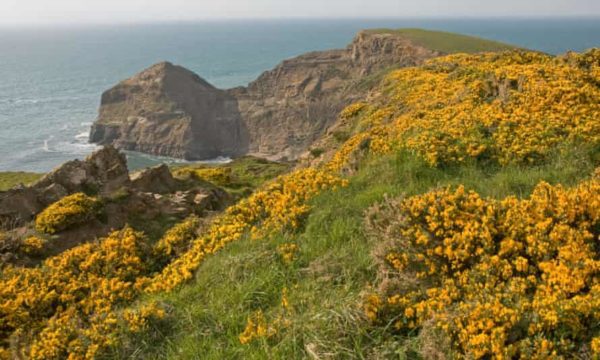 Culpepper states in his herbal, that furze was good to open obstructions of the liver and spleen:

A decoction made with the flowers therof hath been found effectual against the jaundice and also to provoke urine, cleanse the kidneys from gravel or stone ingendered in them.

Studies in the nineteenth century confirmed that the high alkaline content of the plant had a purgative effect. An infusion of the blooms, as a drink, was given to children suffering from scarlet fever. It was also used to cleanse the home:

.. against fleas, take this same wort, with its seed sodden; sprinkle it into the house; it killeth the fleas.

In homeopathy furze is used to help people who have given up hope, who have no faith in the future. It puts people in touch with their own inner resources and helps them move forward by releasing courage and determination.

In the Scottish highlands holly and gorse were sacred trees of the Cailleach Bheur, a blue hag, who was associated with winter and the protection of animals during the season. She was reborn every All Hallows Eve and brought back the winter weather with her magical staff, which froze the ground with every tap. On Beltane Eve she returned to the Earth, throwing her staff beneath a gorse bush before turning to stone.

As one of the sacred trees, furze was included in the Celtic Beltane bonfires. The stock would be herded between these for purification and protection before being released onto the summer grazing. When this tradition diminished, torches of furze were still carried around the herds and farm buildings in order to cleanse the air and protect the animals against sterility.

Thy yellow blooms – oh, they to me

Are gold and sunshine blent together
~ Moses Teggart 1908 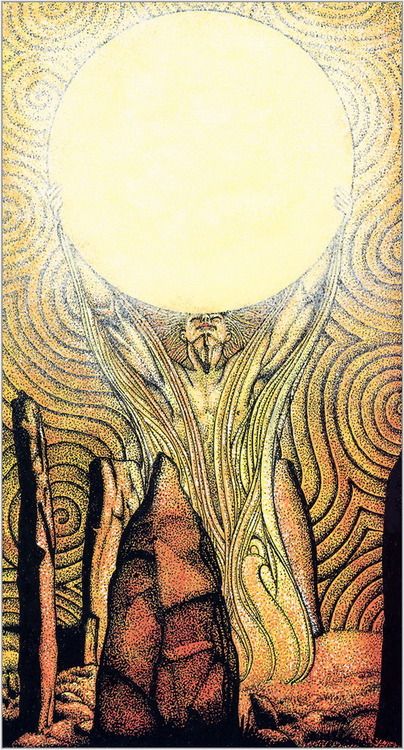 Furze is closely associated with the sun god Lugh, the Celtic god of light and genius and with the Spring Equinox, at which time it’s one of the only plants in full flower. However, folklore attaches it to festivals throughout the spring and summer months as a symbol of the power of the sun. In Brittany the Celtic festival of Lugnasdagh, on August 1st, is known as The Festival of Golden Gorse.

As an evergreen that flowers the whole year round, furze is seen to carry within it a spark of the sun’s life giving energy, a spark that can be seen even through the darker winter months. It is a symbol of encouragement and a promise of good things to come. Furze tells us to remain focused and optimistic, even in the darkest days. To keep hopeful and remain constant throughout the inevitable periods of difficulty we all experience.

As one of the first spring flowering plants, the furze provides a plentiful supply of pollen for bees when they first come out of hibernation. The product of the bees labour, honey, is the Celtic symbol of wisdom, achieved through hard work and dedication. The furze tells us that if we apply ourselves and keep faith in the future, we will be rewarded. However bleak things may appear, there is always the possibility of periods of fertility, creativity and well-being; whilst its thorns remind us that there is protection from unwanted ideas or influences. 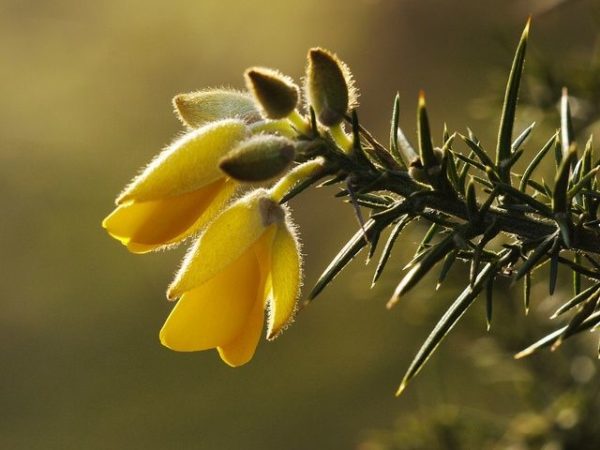