Is London the City of Revelation?

There have been a surprising number of deliberate attempts to re-build London as The New Jerusalem. The first was by the Knights Templar who, in 1185, modelled their Temple Church on the Church of the Holy Sepulchre and sited it exactly the same distance from St. Pauls as the real Holy Sepulchre is from the…

Is London the City of Revelation? 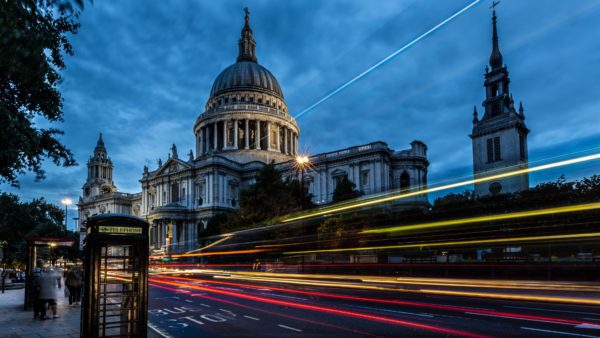 There have been a surprising number of deliberate attempts to re-build London as The New Jerusalem. The first was by the Knights Templar who, in 1185, modelled their Temple Church on the Church of the Holy Sepulchre and sited it exactly the same distance from St. Pauls as the real Holy Sepulchre is from the Dome of the Rock, the original location of the Temple of Soloman. Clearly they saw a connection, or wanted to create one.

Some 500 years later, following the Great Fire, Sir Christopher Wren, conceived his own plan to re-build London as the New Jerusalem, whilst his rival, John Evelyn, devised a design for the city clearly based upon the cabbalistic tree of life.

In the 18th century, our most famous visionary artist and poet, William Blake, saw Jerusalem within London’s spiritual dimensions and in the words that have become Britain’s second national anthem, exhorted us to ‘ build Jerusalem on England’s green and pleasant land’. More recently, an astonishing discovery has come to light which, yet again, associates London with the New Jerusalem, the biblical City of Revelation.

It is a vast and beautiful network of complex geometric patterns linking many of the oldest and well-known sacred sites throughout the capital. Because it is principally star patterns on the Earth, I called it Earthstars. 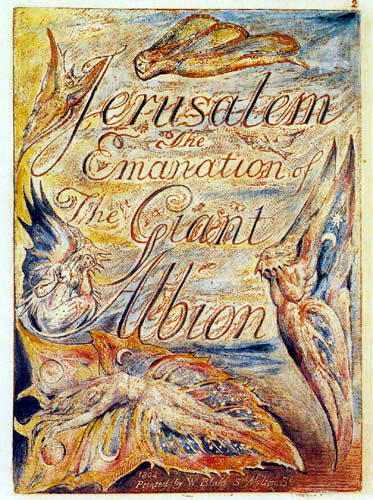 The design is not simple geometry, it is the basis of the temple-builders’ art, sacred geometry, and is a recognisable temple ground plan used throughout the centuries to create sacred space.

The Pantheon in Rome (which was a pagan temple converted to Christian use in the 5th century) is based upon it, whilst the oldest temple in Britain based on the ground plan is Stonehenge, whose megaliths were first set up, 3,500 years ago.

Linked by the hidden unity of this sacred geometry, London’s ancient sacred sites form a vast and invisible version of Stonehenge, a great landscape temple covering most of the capital. Though this one is not defined by circles of sarsens and bluestones, but by the stones of places like the Tower of London, Westminster Abbey, St. Paul’s Cathedral and our local parish churches, many of which have a known history dating back a thousand years or more and which, like Stonehenge itself, were places of ceremony and sanctity for centuries before Christianity arrived on these druid shores.

How this discovery came about is equally remarkable. Like St. John’s Revelations and Blake’s Jerusalem, it involved visionary experiences. In this case, involving a series of dreams in which a radiant, angelic female figure actually identified the first sites and referred to them as ‘spiritual power stations’. For this reason, Earthstars is not a discovery in the usual sense of the word. From the very beginning, I have always regarded it as a release of knowledge from the Earth herself. Interestingly, she has never referred to herself as Gaia. When asked for a name, her first reply was Isis Maria Sophia, combining aspects of the Divine Mother with the Goddess of Wisdom. Later it became apparent she could manifest as any aspect of the divine feminine, as a spirit of place and the soul of the city, as well as the spirit of the Earth. As Dion Fortune once said, ‘All goddesses are one’. 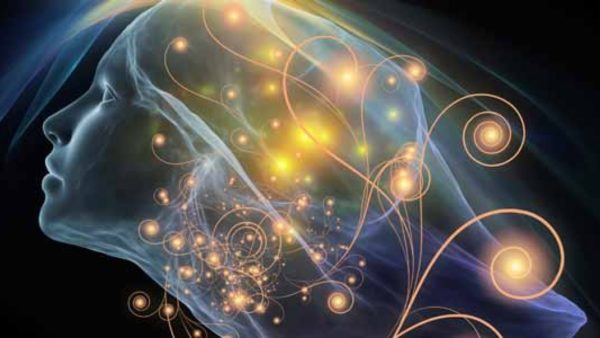 The place she first led me to was the small hilltop church of St. Mary the Virgin in East Barnet. founded in 1086 by the Benedictines of St. Albans. Here she provided a dream in which the church tower became a fountain that spouted enough water to flood the land for miles around. With this vision came her explanatory message: ‘This place is a spiritual power station and these are the waters of Aquarius, come to cleanse and purify the Earth’. So right from the very beginning ( back in the early 80s) it was crystal clear that this phenomenon was linked to a healing and transformatory impulse coming through the Earth’s sacred sites at the turning point of an age.

Over the next few weeks, more sites were identified. First to follow was an astonishing place called Camelot Moat in Trent Park Cockfosters. Throughout the rest of the Earthstars discovery, this site lived up to its Camelot name, beginning a series of synchronicities with the mysteries of The Holy Grail and the ‘Healing of the Wasteland’ which continues to this day.

When the Third site, St Mary’s at Monken Hadley, became apparent, it combined with the other two to form a perfect equilateral triangle on the landscape, from which all the more complex Earthstar geometry eventually evolved.

And complex, it most certainly is. The basis of the design is one of the most important constructions of sacred geometry: The Squared Circle, a device considered to bridge the gap between the spiritual realms and the material world, or to create a small piece of Heaven on earth – hence its repeated use as a template for sacred spaces. 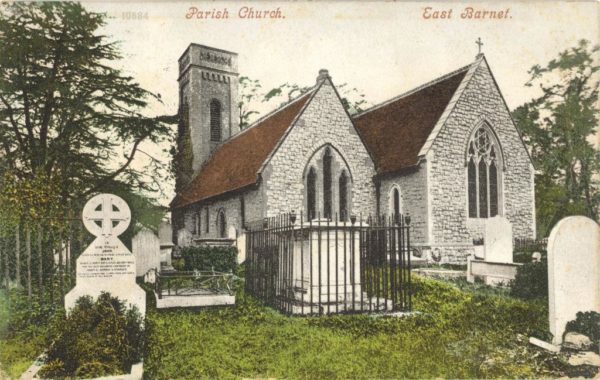 Its most fundamental basis is two concentric circles and a square. However the circles have hidden depths, since their proportions combine perfectly the relative diameters of the Earth and Moon, hinting that a harmony resonance with the Earth is built into this structure.

Numerous star patterns overlay this. On the inner circle, what I call The Circle of the Earth Spirit, is a twenty-pointed star composed of four pentagrams, each one directed to the four compass points. On top of that there’s a perfect hexagram, an eight-point star and a ten-point star. On the outer circle, the Circle of the Heavenly Spirit, is a large pentagram, a fifteen-point star, an eighteen-sided polyhedron and a thirty-point star that marries perfectly the polarities of the hexagram and the pentagram (5×6. It can be six pentagrams of five hexagrams.).

In all there are 19 different individual patterns, every single one connected to create a composite design of perfect geometric harmony.

Interestingly, the geometry itself provides an explanation for the phenomenon, because sacred geometry is considered to be the circuitry through which the forces of creation work, defining and dictating the form, proportion of all things from the smallest sub-atomic particles, to the myriad forms within nature, (including us mortals) right on up to the spirals of galactic nebulae.

My understanding is, and always has been, that these patterns on the landscape are a manifestation of the forces of creation as the flow through the world around us, as the life force of the planet, the Rose grids of the divine feminine.That’s why the places that define and connect them are our sacred sites, where we traditionally connect to our spiritual dimensions and those of the world around us. 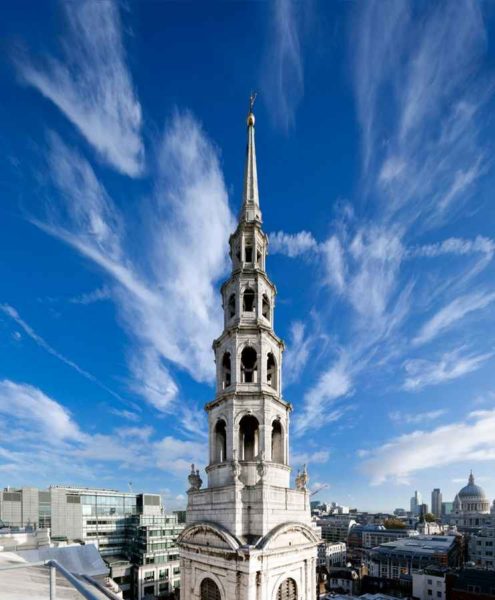 These sites have always been places of vision, of healing, of inspiration and guidance. They still are, more so now than ever before because a new impulse seems to be coming through them. One of the Great Visionaries of The New age, Sir George Trevelyan, described it in these words:

In our age, an energy that is light, life and love will flood the Earth, re-animating the realm of matter, raising its vibratory rate to that of the spiritual worlds. The two will interpenetrate and interact. So high is this frequency that it will repel all particles, energies and beings attuned to the lower frequencies of egoism, power, greed, selfishness, violence, hatred, rivalry and war.

Sir George called this ‘The Redemption of the Fallen Planet’. He wrote these things back in the eighties before I had published any of the Earthstars material. But then, Sir George was always way ahead of his time and I, for one, hope he is correct.

Certainly, I believe that a process has begun that will re-attune our planet and ourselves to the greater harmony of the universal life-force and that it will be felt most strongly at our sacred sites. That it comes at the turning point of an age, the early days of the Aquarian era, and the end of the Mayan Calender, is why it has also has these City of Revelation connections. The appearance of the biblical New Jerusalem traditionally heralds the end of the world (as we know it). 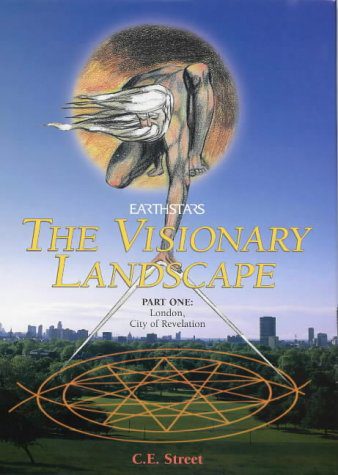 Earthstars’ New Jerusalem links actually come from the work of the late luminary and Grand Master of Ancient Wisdom, John Michell. John was a classical scholar, educated at Eton and Trinity College Cambridge and he was so fascinated by the numbers, measures and proportions attributed to the biblical City of Revelation, it featured in many of his books. In his 1973 work, City of Revelation, he concludes that the biblical descriptions conceal a message for those well versed in this ancient knowledge and that it relates to a specific construction of sacred geometry: None other than The Squared circle which the ancient mystics deemed to join the worlds of Heaven and Earth. Of course, this is also the basis of the Earthstars geometry.

But it raises the question of what exactly is meant by The New Jerusalem, because it is not just an Earthly city. Firstly, it is always seen in a vision. It is of what the Celts would call ‘the otherworld’, our spiritual realms. Blake, though, gives the best clues, despite the unfathomable complexity of much of his work. In his epic poem, he describes Jerusalem as ‘The emanation of Albion’. 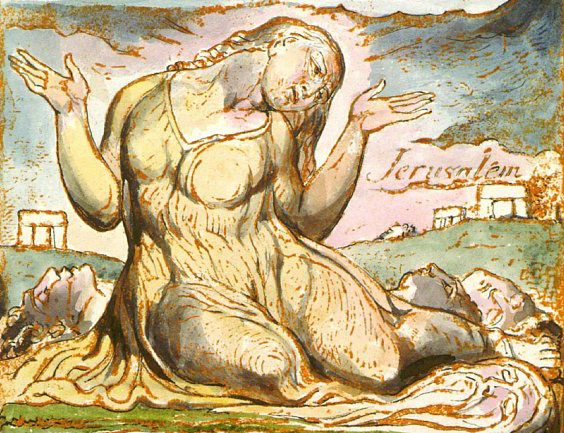 The mysteries of Earthstars are the mysteries of the divine feminine as the Earth Spirit and the living wisdom of the Earth which Blake must have understood from his druidic background (He is listed in the druid archives as the Chief of the Order from 1799 until his death in 1827. It is probably no coincidence that I am a member of the same order).

In more recent times, Diana Cooper has referred to London as The Earthstar Chakra of the planet. The Bishop of London also has a piece on Youtube talking about London as ‘The Holy City’. Others see the Earthstar mandala as a stargate portal through which transformatory energies will download to the Earth and its people.

It is my understanding that that process has begun, so if you have a favourite sacred site, more than likely it will be in the Earthstars grid, which extends way beyond London. Visit it regularly to soak up the atmosphere and energy. Listen to what it tells you and work with it.

We are not living on an inanimate lump of rock hurtling through space on a random course. The Earth Spirit is alive and awakening … and Earth’s Star People may be about to awaken to their true identify.
Even on the Earth, we walk amongst stars.

Chris Street’s book, ‘London City of Revelation’ is available as an e-book download or paperback, from Lulu.com, or Amazon. Further information about Earthstars and Chris Street’s books can be found on his website below. 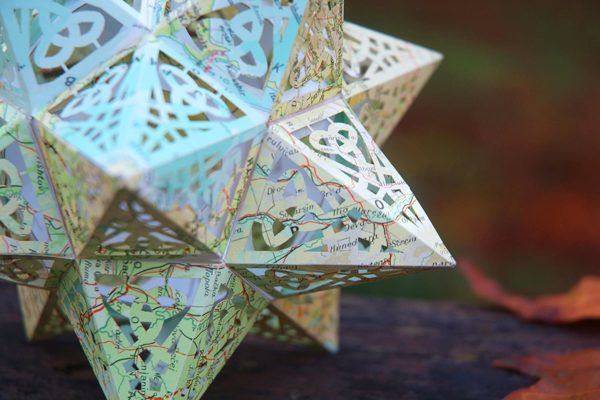