My PhD, Getting Here, used family stories to reflect upon the difficulties of identity and community in the families of Post-World War II European refugees. During my studies, I discovered that my mother, named Danuta Anita Kępa at birth, was a survivor of the NAZI racial policy for the termination of Slavic peoples…

In the contributions published in this Druids for Justice section, we hear the voices of OBOD members. The pieces reflect the reality lived by members directly affected by racism or other injustices, and how Druids have taken action to express their love of justice, in ways great or small. They tell their stories. They reflect the diversity of the Order. May all our conversations together be held in a spirit of peace and love.
You can send submissions by email to justice@druidry.org. 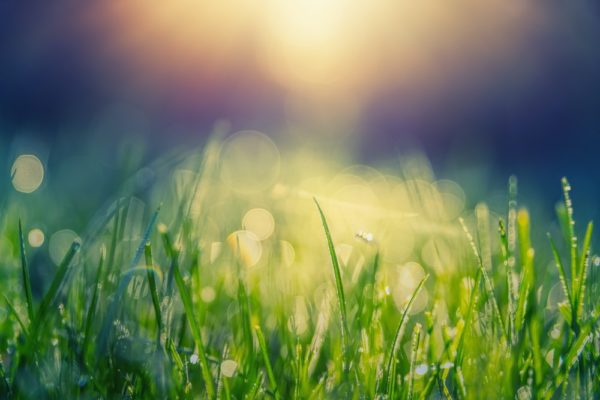 My PhD, Getting Here, used family stories to reflect upon the difficulties of identity and community in the families of Post-World War II European refugees. During my studies, I discovered that my mother, named Danuta Anita Kępa at birth, was a survivor of the NAZI racial policy for the termination of Slavic peoples. Born in the Birth and Abortion Centre in Waltrop, Westfallen, my grandmother was helped to escape from the camp by a midwife, a Russian Gunwoman. After surviving the camp, my grandmother then placed my mother in care with a German family, where the Ministry of Race again found her nine months later. By 18 months old, she was determined to be of “bad blood” and was scheduled to be placed in one of the notorious “orphanages” where infants were routinely starved to death. But for the arrival of the British, my mother would not have survived.

Yet my story did not focus on this alone, but on the complex nature of identity formation for people isolated and alienated from their heritage. I wanted to explore the dark underbelly of Australian “ethnic” culture. Refugees from Western, Central and Northern Europe from European Displaced Persons Camps after the war (1946-1953), and the second wave that came from the Mediterranean countries about a decade later (c. 1955-1970), were for a time called New Australians. During the 1970s and 1980s, the bloom of multiculturalism created a picture of domestic harmony and extended family that supported all those disposed from their homelands. However, the lived experience was often quite different. Rather than the picture of intergenerational harmony and extended family feasts, research revealed the contracting size of the migrant familial experience, the rising rate of mental and physical health issues across the first three generations after migration, and the marginalisation suffered by those individuals living at the liminal edge of both the dominant Anglo-Celtic Australian society and the migrant communities that they came from. 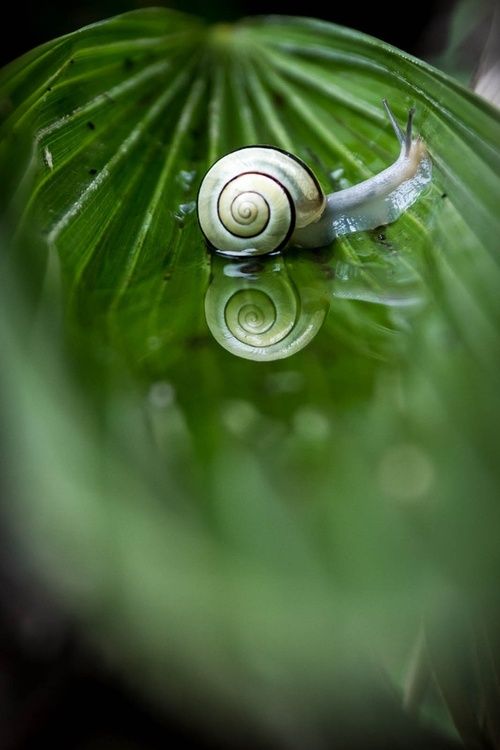 I interviewed people who could claim they had suffered multiple forms of genocide, if only they had the ability to recognise it or the words to say it. I also lived the transgenerational repercussions of genocide in my own body, family and children.

Genocide is not just about the murder of people, but it is about the destruction of culture, the eradication of whole peoples. It systematically works to unravel a person’s ability to connect with their cultural heritage and to hear the song of their ancestors. People who are the generational survivors of genocide can find themselves feeling adrift, displaced and without the capacity to understand themselves. Their access to their past is blocked. They may have lost the memory of their grandparents and great grandparents. They usually have lost cultural practices and native language, even if it had been their first tongue.

The erasure of identity is both in the present and the past. In the past, history was destroyed, documents were burned, elders were killed or silenced. In the past, the door to the past was jammed shut, shattered or collapsed.

In the present, people like me may find our ability to understand why we can’t recall who we were and know who we are is silenced through the pervasive expectations of the new dominant culture. Our cultures might be vilified: “Don’t think about that, it is evil.” They can be made vulgar: “That isn’t the right word. Speak English, man!” People can be marginalised to the point where to actively explore such things can reduce your ability to earn a living: in the Australia of 1950s-1970s, migrants and child migrants faced restrictions in education and government jobs. Even three and four generations on, there are often things you cannot do, and then there can be things you are not invited to do.

From my perspective, the greatest evil is that the whisperings of heritage can be labelled as the voices of madness. To experience shamanic heritage, the voice of the land or culture that runs through your blood, has often been considered a form of madness, the purview of poets, artists and other socially unproductive folk. Those who were drawn to it were often told to get a real job, and a real job for a migrant or refugee was usually menial, servile and insecure. 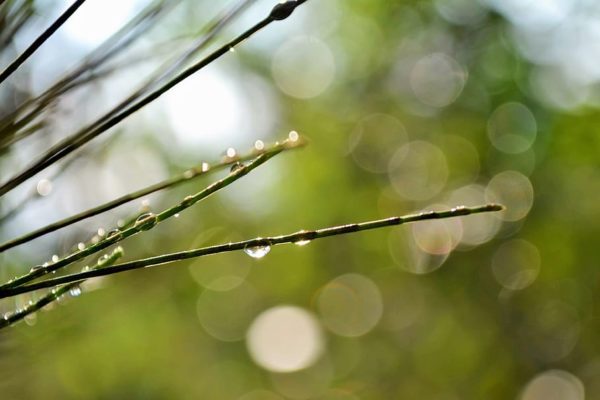 There are many ways that communities which have experienced genocide continue to be silenced and separated. At different times, the conformity of indigenous cultures has been supported actively through eugenics policies or controlling government, religious and social practices. But the most pervasive and undermining way of eradicating a culture is seen when the culture undergoing genocide self-conforms, when it forgets its roots so deeply and has lost its language and identity so fully that it elevates the culture of its annihilators. This can be seen with the way Roman culture has been idealised in England. People cannot know their British heritage without using a Roman reference as a point of comparison. They cannot know their culture, their history or their gods without first looking at them through a Roman gaze.

This is why I believe that the great shadow that lives in the Anglo-Celtic heart is the recurring terror of genocide. Genocide is not a new thing, even though the term was only coined in the 1940s. When Polish legal specialist and scholar, Raphael Lemkin, brought up the need for international laws to curb acts of Vandalism and Barbarism, the members of the League of Nations thought he was surely exaggerating. Within a decade, they were proven wrong, and those laws he suggested in 1933 became what he defined as “Genocide” in his book Axis Rule in Occupied Europe.

This was the first time we truly defined this horror of racial violence. Lamkin ranked genocide with patricide and matricide, the great sins that would unleash the Furies upon the world. But we have lived with genocide from the beginning of war, from the decimation of peoples and the usurpation of cultures before the great deluge. And as a culture, as Druids, we live in the shadow of genocide, of Anglesey and Roman occupation. Thousands of years have passed, and we only have just come to terms with a term. We have just begun to name the pain.

In the 1920s and 30s, Freud wrote about the recurrence of trauma in his two books: Beyond the Pleasure Principle and Moses and Monotheism. In both books, Freud illuminated how societies that have faced systemic trauma, such as genocide, are driven to live a cycle that recreates the traumas of the past. He points to the search for healing that ends the cycle. In truly speaking the trauma, both individual and society are freed from it. It is restoration as well as release. 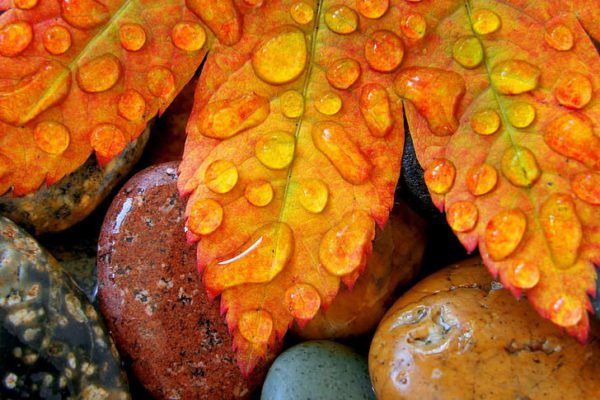 I believe many people are looking for restorative justice: the deep wells of identity that bridge the worlds, and so heal us. They are looking for more than a narrative of self, but the release of long suppressed awareness that will realign relationship with both spirit and the world. I believe it will only be when we can balance ourselves that we will be liberated from the chains of ancient traumas.

In speaking about the knowledge of justice, many people have to embrace of the knowledge of things they cannot know, the roots of their traumatic ignorance. Trauma is voiceless and it resists both understanding and expression. Trauma can feel like a vice on our vocal chords that stops us from speaking. It is a band across our memory that bars us from our history. It is so silent, so detached, that we usually don’t even know that it is part of us. That is why we need the knowledge of justice before we can have the love of it. We need to know ourselves before we can silence the cultural slurs that have kept us from ourselves. We need to know our hearts have been enslaved before we can untangle the bindings that stop us from feeling the ancient traces of ourselves.

The question is, how do we do this? It isn’t a simple path, but I believe it begins with a decision. I needed to decide what life meant to me and to allow myself to live that experience.

For so many people who have suffered transgenerational and intergenerational trauma caused by genocide, this has involved deep ancestral work. I have heard many stories that involve the drive to find personal roots. I came to OBOD as part of such a journey. Through processes like meditation, awareness of my environment, and simply watching the way I engage with the world and other beings, I have found that many of my questions around my lost heritage have been answered. My children’s lives have also changed during this process, sometimes through sharing stories and sometimes we overcome our obstacles simultaneously, as if a sluice gate has been opened so the blessings of our forebears can run freely into the waters of our lives.

I have engaged with a number of processes and modalities along this journey. They have all contributed to a deep awakening. Healing and liberation has come along with it. I feel that there is a beneficent will or energetic intelligence that flows through all reality that helps us to untangle these deep issues, even if, like me, you never really knew what was causing the difficulties in your life.

My earlier years were marked by the chaos so often evident in the families of genocide survivors. My current life is not. Sure, there are ups and downs, but the stormy seas of my early years are now memories. 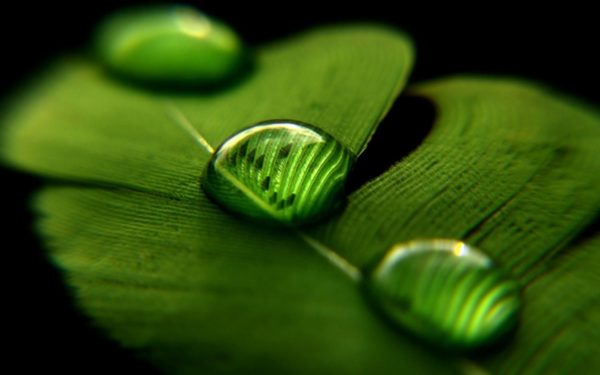 Link to 'Getting Here'