Personal Stories of Racism and Other Injustice

These are my experiences. I can’t say what anyone’s motivation was. Maybe it was racism, classism, sexism, ageism, or just plain Othering…

In the contributions published in this Druids for Justice section, we hear the voices of OBOD members. The pieces reflect the reality lived by members directly affected by racism or other injustices, and how Druids have taken action to express their love of justice, in ways great or small. They tell their stories. They reflect the diversity of the Order. You can send your own submissions by email to justice@druidry.org. May all our conversations together be held in a spirit of peace and love.

Personal Stories of Racism and Other Injustice 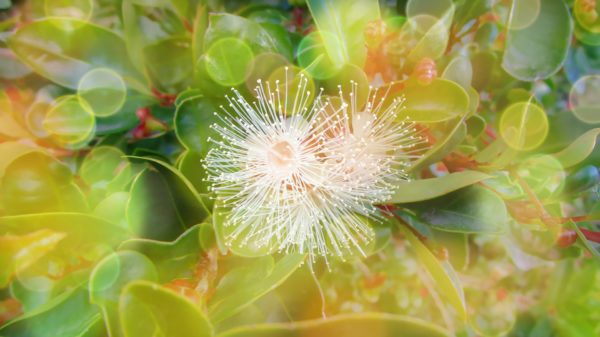 These are my experiences. I can’t say what anyone’s motivation was. Maybe it was racism, classism, sexism, ageism, or just plain Othering.

~ In grade school I had to leave school immediately after the bell rang or I’d risk being jumped by other girls. That was 1st to 12th grade.
~ Little kids used to taunt my siblings and me with rhymes and call us “Chinese.” They’d also do the Indian war whoop as we walked by or sing “Gypsies, Tramps, and Thieves.”
~ When visiting my darker skinned cousins who lived out of town and I didn’t see a lot, they paraded my siblings and me around to their friends talking about how pretty we were and how nice our hair was. It was really uncomfortable. I felt like a doll.
~ In the summer of 6th grade, my friend and I happened upon a group of girls as we were walking to her house. Two held down my friend while the others beat me up.
~ In 8th grade, girls spat on me and put gum in my hair in school in view of the teacher who did nothing.
~ In the summer of 9th grade, I happened upon a group of girls while walking to my boyfriend’s house. He was popular and good looking and the girls hated it that he was with me. They stood outside his
house daring me to leave so that they could beat me up. His older sisters tried shaming them into leaving and eventually had to call the police to get them to disperse.
~ In high school I couldn’t go to lunch where kids mingled freely with others because it gave “haters” too easy access to taunt me.
~ My first day of a new school in 10th grade, I knew one girl whom I met once a couple weeks earlier at the pool. I could feel the hostility of the other girls growing. By lunch a group tried to jump me in the hallway. The girl from the pool saw it took them all on and was suspended.
~ I was turned down for an internship in college because the supervisor thought I was too cute. 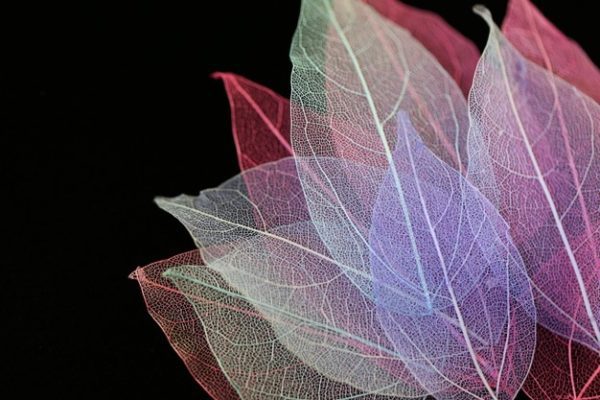 ~ I was fired from a job after I told the general manager that I did not want to come over to his house
when his wife was out of town.
~ I went for a panel interview for a manager’s position. The expectation was that you’d go once, learn the ropes, get feedback, and then pass the second or third time. It was objective and goals based. You either met criteria or you didn’t. I was not advanced the first time despite meeting all the objectives. No feedback was given. Could have been ageism as I was a decade younger than most candidates. I’ve also gotten the feedback that I was too assertive/confident and should have toned it down because I am a woman. Confident women are intimidating.
~ In grad school we did a lot of group projects where I’d do more than my share of the work because my partners were slackers. We were all supposed to get the same grade, but darker skinned people got higher marks than I did. (It was a historically black college, HBC).
~ In the same grad school, a fellow (darker skinned) student asked me to help her write her fall final paper in the spring semester. I refused. She was offered a fellowship in the PhD program. I wasn’t invited to apply.
~ I was a professional dancer who was performing at an Asian party. Some of the guests were talking negatively about me to my face as if I couldn’t hear or understand what they were saying.
~ I’ve dated Asian and Middle Eastern men until I realized that I couldn’t be considered as a marriage candidate because I wasn’t 100% of their nationality.
~ I lost a decades long friendship because all this time she never noticed I was not Christian. Not sure how she missed that.
~ I had a fiance break up with me when he realized I was not a Christian. Again, not sure how he missed that. (I don’t tend to advertise my beliefs so often people think I believe what they believe).
~ I’ve experienced many instances of people distorting what I say. When I don’t agree with them 100% about something, I become the enemy. I think I’m speaking about a topic. They think I am talking about them personally. If a person who is lighter skinned speaks in support of me, that’s when they can hear my point. This feels like the fair skinned person is the Hero and I am put in the position of needing a savior. It’s incredibly invalidating to not be heard or not be treated as an equal.
~ I have had someone offer to review my comments before speaking to see if I am being “nice” enough. This was offered as “help.” 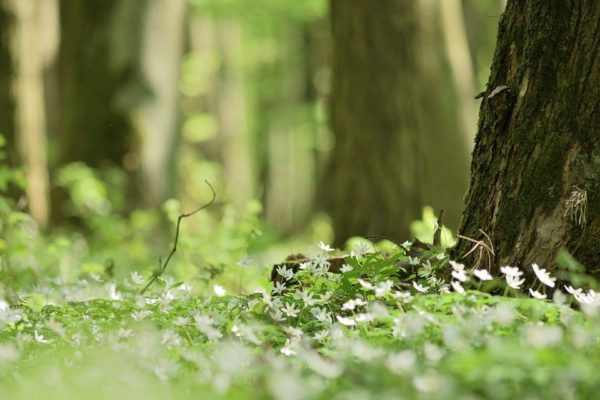 Despite all these incidences (and more that I haven’t mentioned), I don’t see myself as a victim. There were many more instances of love, connection, and empowerment in my life that are far more meaningful than any of this.

~ I facilitate a moon circle to give women a safe space to learn how to be vulnerable, share their experiences, learn from each other, talk about tender subjects, and grow together. Here is where we learn to speak up, be seen, and take up space.
~ I facilitate talking circles to teach people how to witness, support, take responsibility for their own thoughts and feelings, hear each other, learn about themselves, grow, and work through issues. (In the talking circle that I learned that so many women have rape stories because they felt they had to be nice and take care of their rapist’s feelings and couldn’t say no. This is what led to the creation of the moon circle). 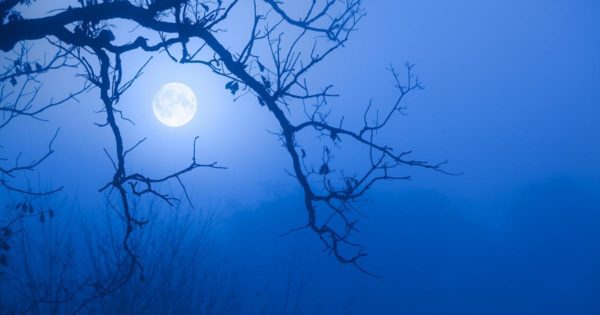 ~ I facilitate salons (conversations about a chosen topic) to give people a way to connect with others over ideas, expand their awareness, and be seen.
~ I am a certified mediator. I help people be heard and resolve differences in a win/win way so that both parties feel like they got a fair outcome.
~ I am a trauma therapist. I teach people skills so that they can feel their feelings, hear others without being triggered, move through the world with healthy boundaries, own their own stuff, don’t take on other people’s stuff, speak their truth, show up, and relate in healthy ways.
~ I work with people of all shades, religions, ages, socio-economic backgrounds, and sexual orientations. I don’t shut down mean, mentally ill, quirky, racist, or otherwise different people. I let them be who they are and don’t judge them. This creates a space where they can either question their differences or embrace them.
~ I hate bullies. If I see someone being bullied, I say or do something immediately. If I see someone who is weak and can’t advocate for themselves, I will also help.
~ I facilitate rituals, bonfires, and other events to give people who might not otherwise cross paths a happy way to meet.
~ I don’t take things personally – especially when the other person clearly doesn’t see me.

What Can Druids Do?

~ Live our values. Don’t let the outside world disrupt the inner peace.
~ Heal ourselves. If we are not whole, we can’t show up in a healthy way.
~ Maintain healthy boundaries. Don’t pick up what’s not yours.
~ Maintain sovereignty. Everyone doesn’t have to be the same. It’s okay.
~ Connect in the ways that feel good.
~ Got out of our comfort zone. That’s where the growth is.
~ Learn that conflict and darkness are part of life. It’s not something to fear or avoid. If we have the skills, we can get through anything. 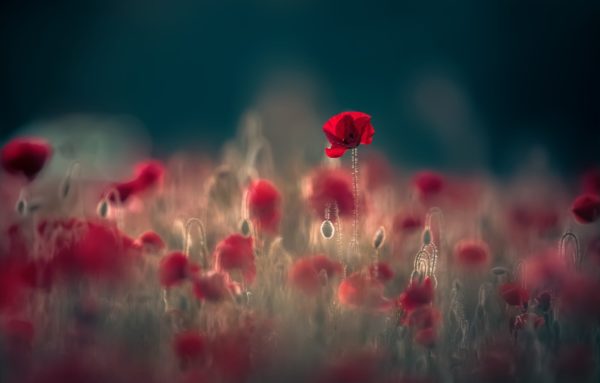 Because the Land is Sacred ~ Reflections on Pagan Activism
Peacemaker ~ The Task Of Addressing Injustice
An American Person of Color in a British Druidic Order
Always Think Global, and Act Local!