The following was drawn together from meditation on the Four Treasures of the Tuatha De Danaan inspired by events at the 1998 UK Lughnasadh Camp and by conversation with other Druids on Rites of Passage, which set bells ringing in my head on a subject I have considered for some time… 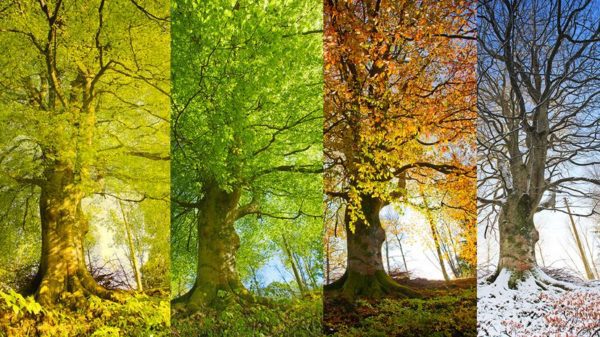 The following was drawn together from meditation on the Four Treasures of the Tuatha De Danaan inspired by events at the 1998 UK Lughnasadh Camp and by conversation with other Druids on Rites of Passage, which set bells ringing in my head on a subject I have considered for some time.

Our lives are signposted by many rites of passage celebrated in a variety of ways even in modern secular Britain, but I have long held the opinion that some significant events in a person’s life are not marked out clearly enough. Ritual and celebration of such events could reduce ambiguities and give a person a clearer view of their position on their personal life path. Transitional periods would not be eliminated, but better accepted and understood if they could be more clearly demarcated.

The year has four seasons, the compass four cardinal directions, the human life has its four seasons too. These things can be linked with the Four Treasures. 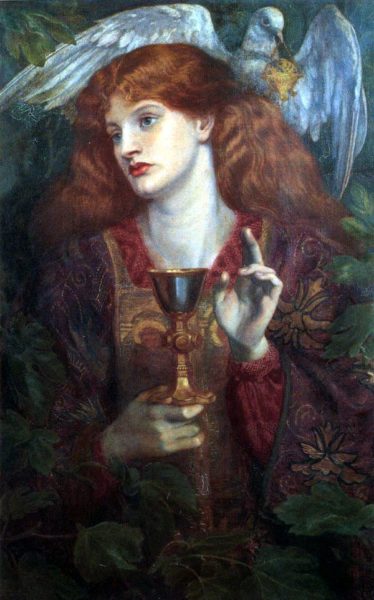 Spring is a time of potential. The Grail or Cauldron is like a maiden or youth entering puberty. The vessel is empty, but full of potential. With the onset of puberty, a rite of passage to honour the potential fruitfulness of the young man or woman. The vessel or young woman is like the Earth in Spring, waiting to be tilled by the husbandman to be made a true Cauldron of Plenty. The Cauldron is often seen as the apparatus of the Crone, but she is not the vessel. It is the young Gwion Bach who receives the sacred drops from it. We should honour those young people among us who are stepping onto the road to their future potential.

Summer is the time of heat and the Spear. This is the weapon of the warrior, male or female. Fire grows in the brain and the will to fight for a place in the world. Fire in the brain forges and hones the skills needed for personal growth to make strong defenders and supporters of the tribe.The Spear is the weapon of Lugh/Llew, the many-skilled and of the hero, Lugh’s son, Cuchulain. Each were trained by an older mentor, in Llew’s case his uncle/foster father Gwydion and in Cuchulain’s case the warrior woman, Scathach. Entrance to University, or first job or stepping out to learn from the world is the rite of passage here. We should honour our spear carriers. 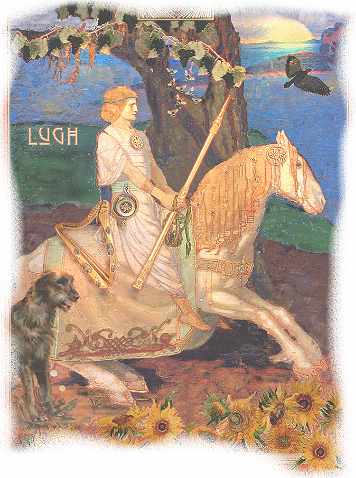 Autumn is the time of the Sword or the sickle to reap the harvest or to defend the children of the tribe. It is the weapon of the mature warrior. The spear fighter’s long arm reaches out for a more distant objective. It is to make a name in the world, to attack or defend the whole tribe, but the shorter sword is the weapon of the father, or the tiger-tooth of the mother in defence of family and the land that nurtures them. This is the knight’s tool or treasure. When do we receive our swords? When a child is born to us? When we take on responsibility for the defence of the land and its children? Is a musical instrument also like a sword when it is used to defend the land by raising people’s awareness to our heritage, singing the songs of the ancestors or of our descendant’s ancestors? It should also be the treasure of the writer and poet who uses the pen or computer to defend the right ‘to dream our own dreams’. Our sword-bearers should receive due honour. 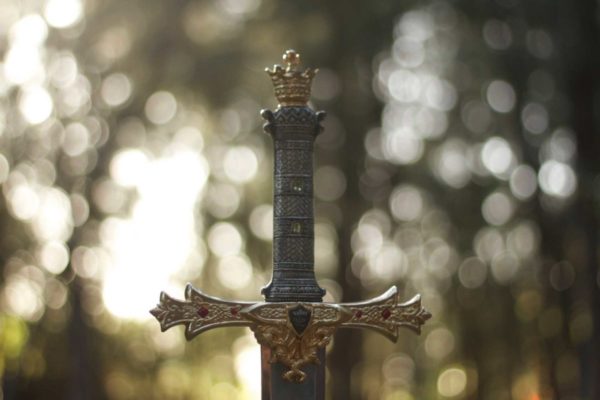 Winter is the time for the Stone of Destiny. Last year, I visited Tara and embraced the Stone and the only screams came from the crows, but I could not let it go for a long time. The Stone is also the land, the planet. The Stone holds the wisdom of what was there before man or woman trod this Earth. This is our bedrock and foundation. When we have husbanded the land and fought our battles, the land feeds us and shares with us some of its infinite wisdom. When limbs grow heavier, we slow down to a more ponderous pace. The fight is left to the younger members of the tribe. We become still more solid, but among the spaces between the rocks, there is still fluid. The pools and fountains of wisdom flow for those who will go and drink from them and listen. Those who accept the Stone as their treasure do not stop their learning process unless they close their minds. They are still porous and absorb knowledge. They can still process information. The Winter years are long, but not barren. We can live on the stores of wisdom and still summon enough energy to go out and hunt or quest as the need arises or as the muse directs. Honour is due to the guardians of the Stone and to those who give from their stores of wisdom.

These thoughts are offered with love and blessings. 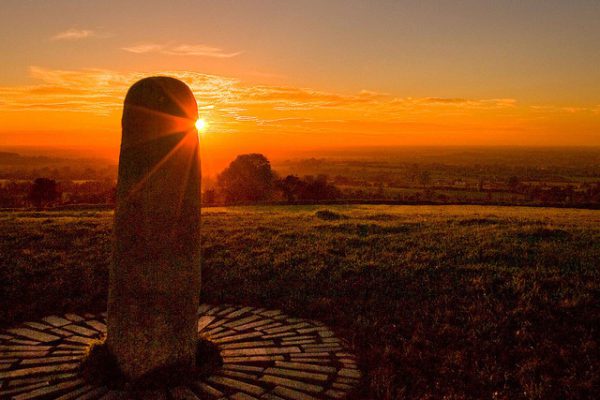