A bloke who says he knows told me that there are only about twelve oaks bearing mistletoe in Britain: and recently there’s been a fresh lead from druids who’ve probably found a new one. It’s nice to know that they’re around, but that’s not much help in obtaining some… 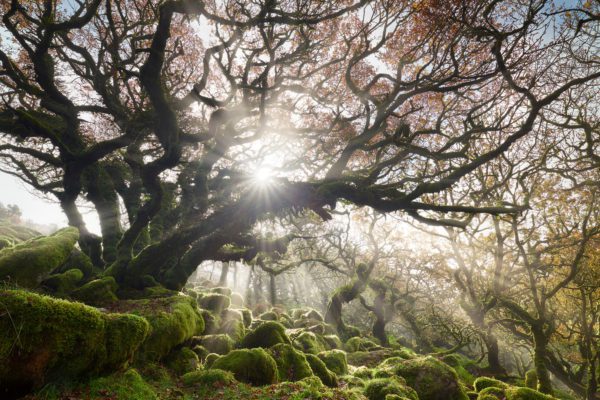 The mistletoe is found but rarely upon the oak; and when found is gathered with due religious ceremony, if possible on the sixth day of the moon (for it is by the moon that they measure their months and years, and also their ages of thirty years)…They call the mistletoe by a name meaning the all-healing. Having made preparation for sacrifice and a banquet beneath the trees, they bring their two white bulls, whose horns are bound then for the first time.Clad in a white robe, the priest ascends the tree and cuts the mistletoe with a golden sickle and it is received by others in a white cloak. Then they kill the victims, praying that God will render this gift of his propitious to those to whom he has granted it. They believe that the mistletoe, taken in drink, imparts fecundity to barren animals, and that it is an antidote for all poisons. Such are the religious feelings that are entertained towards trifling things by many peoples.

A bloke who says he knows told me that there are only about twelve oaks bearing mistletoe in Britain: and recently there’s been a fresh lead from druids who’ve probably found a new one. It’s nice to know that they’re around, but that’s not much help in obtaining some. So, as its unlikely that we’ll have a sprig of oak-mistletoe this season, let’s pay homage to one of the very few ancient druid rituals that we know about  by examining the valuable quotation above. 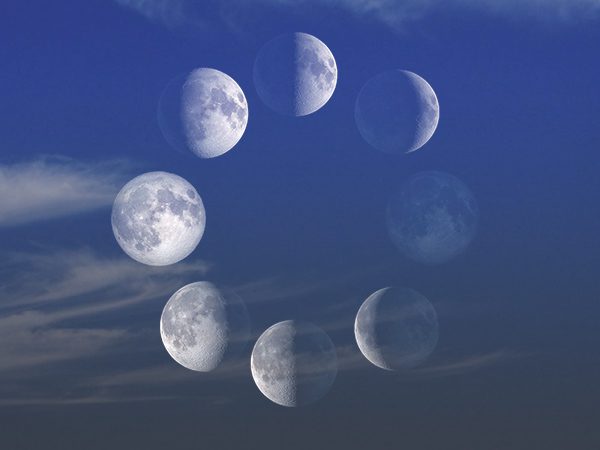 …Gathered on the sixth day of the moon – why the sixth? Pliny gives a reason, They choose this day because the moon, though not yet in the middle of her course, has already considerable influence – not a good reason for being so very specific. Why not the fifth or the seventh? Did the druids have a system of symbolic number unknown to old Pliny – perhaps one shared by Pythagoras? In numerology terms, the number six is equated with success, harmony, balance, equilibrium and rewards: think of the tarot card of the king riding victoriously at the head of his troops. Set between the tricksy, initiatory five and the magical, contentious seven, six, like four, has a pleasing solidity and groundedness: it anchors us in the real world. What better day to start your spells?

As the Romans observed, the Brits counted their calendar dates by nights – our direct link back to this being our everyday use of the word fortnight. And don’t forget the wonderful sennight – a seven night, a week. It may be archaic, but it’s still in the dictionaries. So the date was calculated by the night and by the stage of the moon, with its ripening sickle racing to the first quarter. But the rite was held in the day, in the eye of the sun – …they bring their two white bulls, whose horns are bound then for the first time – this incorporates three important symbolic points:

1. White is traditionally the colour of the otherworld, as expressed by the suffix wen or wyn as in Hedwyn, Prydwyn, Gwyn ap Nudd – it’s a good party game to list as many as you can. Wyn or wen means holy and fair. The hounds of Annwn are white with red extremities – the red presumably signifying life and the fact that they can hunt between the worlds – and the white stag and other white totemic animals are usually a n indicator of an otherworldly adventure. So the colour of the bulls says that they are set apart, sacred to more than just being themselves in the animal kingdom, and possibly capable of acting as links between the world of form and the otherworlds. 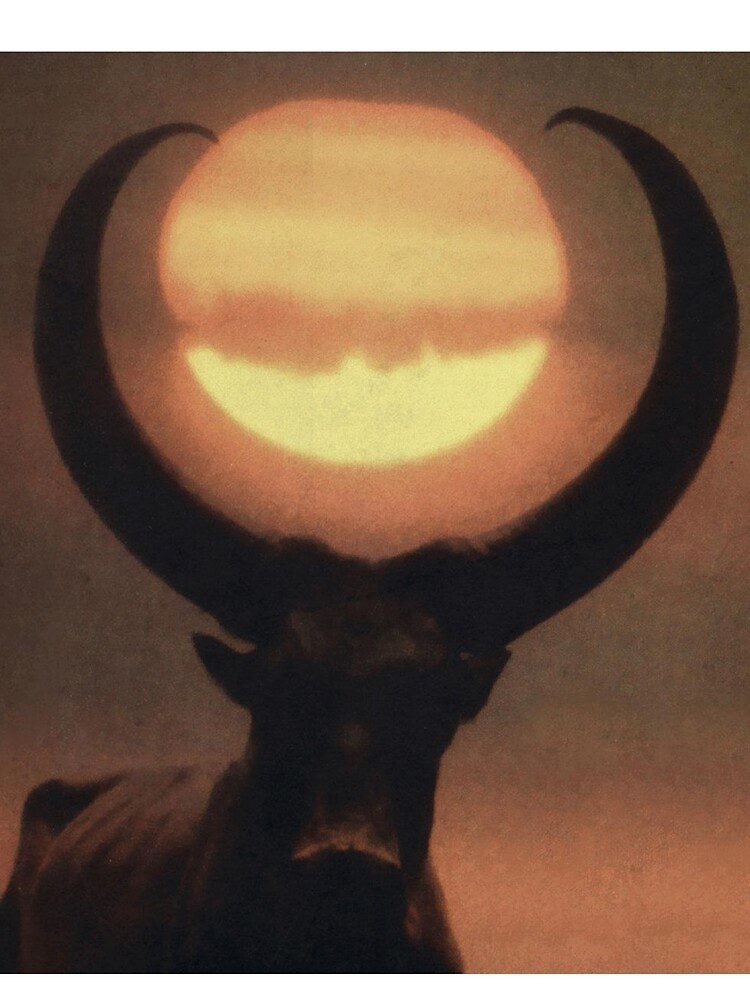 2. Bulls are solar creatures: with their strength, vigour, potency and endurance they share the properties of the ever-giving Sun as masculine God-forms. We can only conjecture just what monetary worth the Celts put on this marvellous creature, but there are mythological tales about the wars fought in Ireland over their possession … So the sacrifice tells us of the huge importance of the rite and of the wealth that the people were able to commit to it. The fact that the bulls are being sacrificed so near to the solstice could indicate a range of possibilities: that they are messengers to the Sun, which is visibly growing weaker and withdrawing from the earth at this time: that their blood  feeds the land; that the Solar Lord must retreat into the darkness of death in order to be reborn; that the lunar (white and green) mistletoe descends from its magical place in the sky now to be brought fully into this world and bring its gifts as a result of this exchange.

3. The bulls have their horns bound for the first time: what does this mean? Does it indicate the youth of the bulls, representing the Sun-energy as that of warrior, in his full strength and vigour? Young bulls were also presumably of more worth, with working lives and potential as studs before them, so choosing them must have been a way of adding extra honour to this very rare and unusual ceremony. 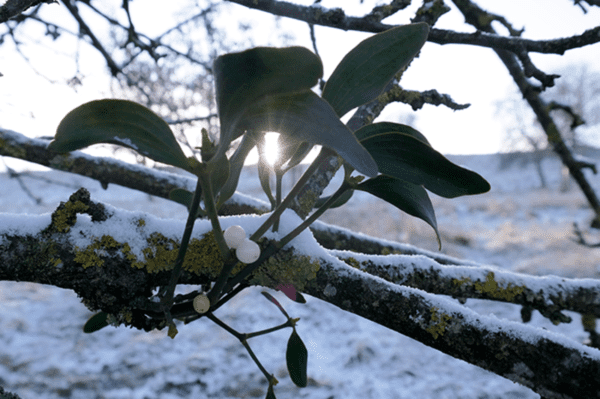 …the priest ascends the tree… Well, he must ascend, to get to the mistletoe. But I’ve always imagined this ceremony with the priest climbing onto the bull’s back to get to the plant. If this was so – and it’s pure conjecture – it equates to magical practice as we know it from sources such as the Mabinogion. Think of Lleu Llau Gyffes, half hero, half Solar Lord. He has a mysterious birth, sustained not by his mother but by his uncle/father, and he is a sacrifice, performed by a Lord of Winter, of the Hunt, with the connivance of the plant kingdom, in the person of his flower-bride. As with all rituals/life events from this source, Lleu can only be killed in a very prescribed way: the seemingly undignified manner of his death, including goats, balancing and ceremonial bathing speak of the liminal space needed for a heroes death to be acknowledged on both sides of the veil: he is neither clothed nor naked, wet nor dry, on earth or in the air for this very special ritual. Can we find an echo of this in the priest’s position; not on earth, not in the sky, not riding (ie not on a horse) standing on the back of a solar symbol in order to cull the lunar fruit of the otherworld? It remains a potent image for me.

…cuts the mistletoe with a golden sickle… Can one get a cutting edge on gold, renowned for its softness? Some say yes: one druid says that he’s done it, but I’ve no evidence. The image in my mind is of the incredibly tough stem of the mistletoe, straight and green, thin and strong as the bones of a bird. I can imagine cutting some soft herbal matter with a golden blade, but not the mistletoe. Balancing up a tree, with acolytes with a white cloth all ready to receive the offering as it falls, I’d rather not try it. Obviously gold is important as another solar symbol and must be present, but if I ever aspire to such dizzy heights as to be the hub of such a ritual, my sickle will be gold- handled, possibly with a flint blade. 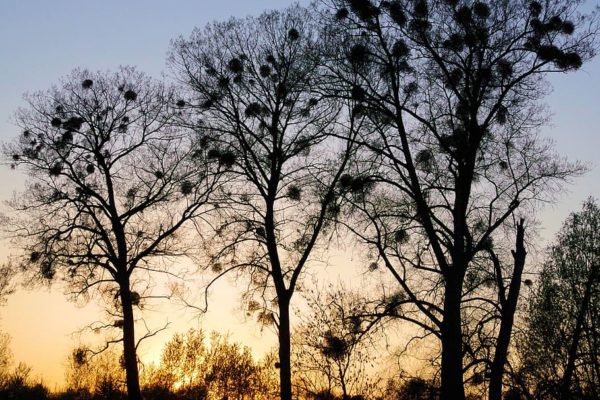 …Having made preparation for sacrifice and a banquet beneath the trees. Well, sacrifice is interpreted differently in our spiritual practice. With every ritual, every statement of intent, we lay our integrity on the line and try to act with honesty. This ritual is to gather a magical herb called ‘all-heal’, so if we follow the example and use the mistletoe magically for health in whatever aspect, the individual has to decide the ‘trade-off’ involved, if any. The banquet is essential: the intensity of high ritual must be followed by a reaction: loosening the stays and whooping it up a bit to bring yourself back down to earth. OBOD Midwinter Gathering regulars know that a ceremony at Chalice Well will lead inexorably to high jinks on the dance floor in the Town Hall by ten pm.

Then they kill the victims, praying that God will render this gift of his propitious to those… OK, it appears that we gently disengage at this point. Praying and killing: food for thought here. Modern druidry is less about worship, more about relationship, our personal relationship with the divine; and therefore any meaningful sacrifice could not involve any third party. Most sacrifices, I expect, will be of our time and energy. Offerings on the other hand, especially in the form of thanks and gratitude, are omitted from any ritual at our peril. The punishment is not from the Gods,  who will gently exit our sphere, but from ourselves, self-condemned to pursue a joyless, ungrateful way in this world of wonders. Gratitude is possibly the most magical impulse in the universe: discuss. 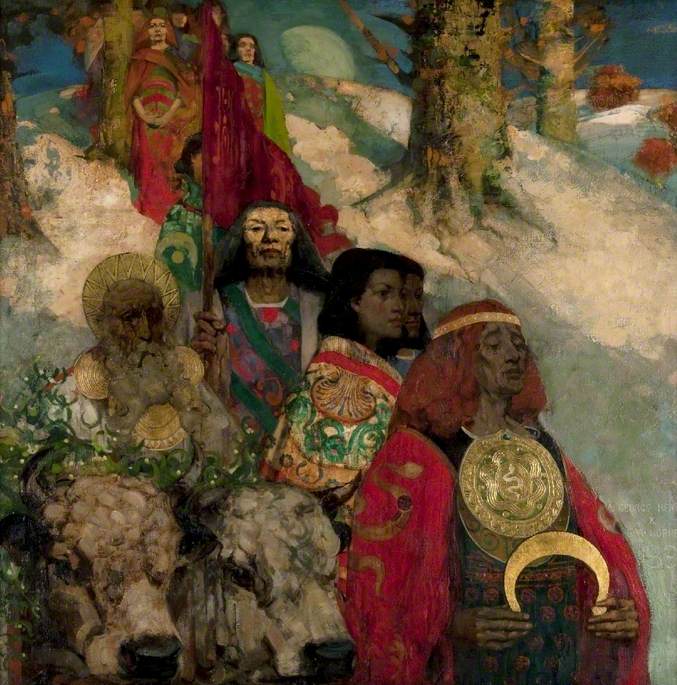 A last couple of thoughts. We can never have a deep understanding of what our druidic forebears got up to, but from an observation of druidry today, this next quote from Pliny still holds true;

So hurrah for all of us who still add to the richness of our lives with druidic practice. And I have good reason to concur with the power of the sixth day after the new moon: that’s today, and I woke from a deep sleep with this article complete in my head. So here it is. Happy solstice! 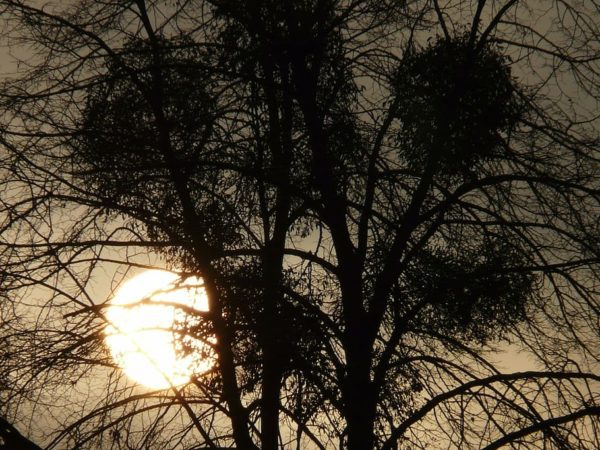