Sovereignty Of The Land: What Does This Mean And What Is It To Us Today

So, let’s start with this word Sovereignty. You have all heard it in this context, but what do we really mean. I could have titled this ‘The Importance of the Land’, or ‘The Spirituality of the Land’ etc. These alternatives would not be wrong, but would not convey the same thing…

Sovereignty Of The Land: What Does This Mean And What Is It To Us Today 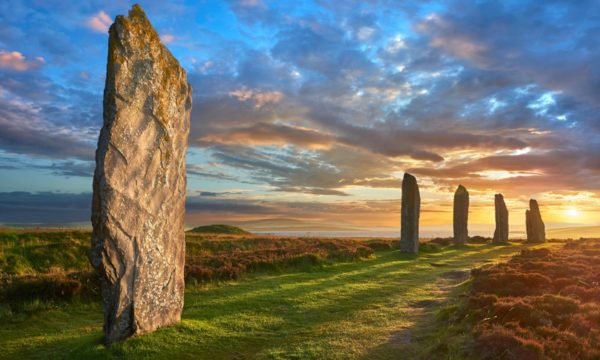 So, let’s start with this word Sovereignty. You have all heard it in this context, but what do we really mean. I could have titled this ‘The Importance of the Land’, or ‘The Spirituality of the Land’ etc. These alternatives would not be wrong, but would not convey the same thing.

When I think of Sovereignty, I think of such words as Nobility, Higher Service, Sacrifice, Leadership, Chivalry, even Devotion. When a sovereign is crowned, they are crowned the king or queen of England, or The United Kingdom. These words describe a place, a land, (which includes the people), but it is the land first.

Today we hear politicians complain that we are losing the sovereignty of our currency, but the word in this context doesn’t have the same effect. It’s not the same invocation as ‘Sovereignty of the Land’. The Monarchs were stewards of the land; we looked to them to look to the land.

So today we are talking about the land in a spiritual sense rather than ecologically. We are all aware of the physical problems of the land and there are plenty of sources of information. But what of the spiritual well-being of the land, how do we affect it and how does it affect us? What happens when we perform rituals in our grove?

Today our nation is more divided culturally and spiritually than ever before and this is causing more and more problems. 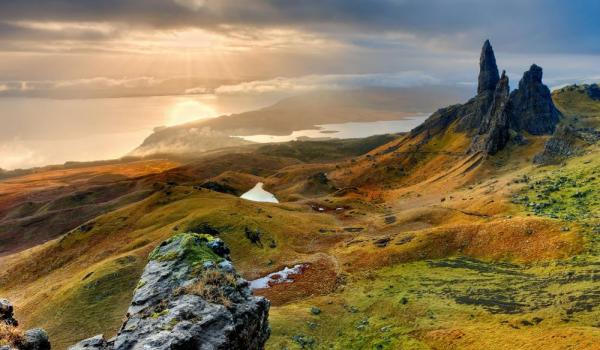 Throughout history these islands have been visited, traded with, settled and invaded. These settlers were very special people because they were the warriors, the adventurers, the brave ones of their tribes. They brought their potency and their strength to this place and the land welcomed them.

Until comparatively recently everyone had to work with the land to succeed. The settlers quickly co-mingled, sharing their knowledge. They added a little but changed a lot themselves. Working and struggling closely together with the local people informed them. They worked also with the spirit of the land. They learnt about this place and her ways. The land was the common language. Within a few generations they all became natives of these lands.

This is particularly important here as this land is very special. Since recorded history they have spoken of these islands to the north; Hyperboreae, the misty islands, the sacred islands, the place of dragons and monsters, of druids and wizards etc. The spirit of the land is very strong and touches all who come into contact with her. Many of our myths and legends, particularly the Arthurian ones, speak of our relationship to this spirit, to this land, her mysteries and her love.This land has great potency, it inspires people in many ways, through brave deeds, uplifting poetry and song, a desire to mark her ways, her seasons, and in a very deep desire to guard and protect her. 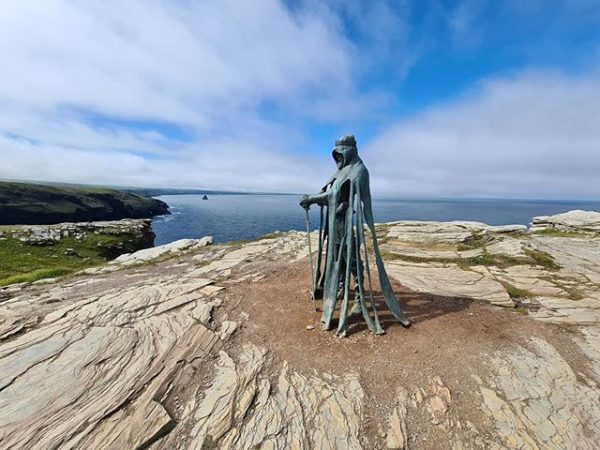 Recent incomers have not been exposed to all this, have not felt her blessing, have not been taught her ways. So, they continue to be regarded as outsiders and foreign. Many don’t even like our culture. This is what causes fear. The people of these lands are also confused, for many have lost their sense of identity, their sense of belonging, their tribal heritage and pride.

At a deeper level the land wants to be loved, to be nurtured. The spirit of this land has so much to give, to share, and she is pained by our ignorance and separation from her. Separation from the land causes grief but people don’t know what this is. Even saying the words, bringing attention to this, will help enormously. It is not an overtly religious thing, but it is spiritual, it is basic. It can be expressed in many ways though, once it is felt.We Druids of this grove, recognise that this land has a spirituality, a sacredness of itself. We have found that when we develop a spiritual link to the land it develops our own spirituality in return.

A powerful example of the interface between our people and the land is demonstrated by the many sacred sites that we have. The land has an energy, the special sites amplify this and our own energy sings with it, harmonises and is nourished. In particular places this is so marked that the people have raised huge stones, permanent reminders of the fact that this place is special to them, that it has a special energy and that it should be kept separate from the ordinary tasks of living. 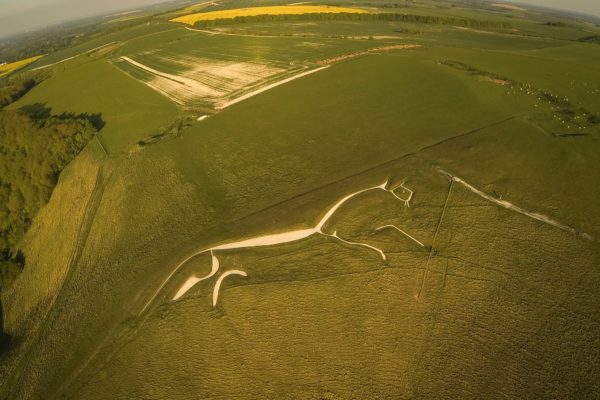 Rituals using the ancient symbols increase the resonance and feedback from and to the land. It makes you more aware of how you work with the land. It puts you in touch with age old truths. Even the Christian church took an active role in this, preserving echoes of it in such things as harvest festivals, maypole dancing, carrying flowers at weddings, decorating churches with Holly at Yule time and the list goes on and on.

The people in ancient times had to be in tune with the land. To know what would work. If the crops failed they would die. Indeed this is still the case today, even though we can manipulate the land to a greater degree, she is still our mother in the true sense of the word. She feeds and nourishes us, provides material for our homes, keeps us warm. Man-made materials, chemicals and such like, whilst taking the burden from the land to provide for us, also distance us from the land, from that core energy, that spirit that we have lived with for so long.

There are many levels which make up the sum total of our existence. 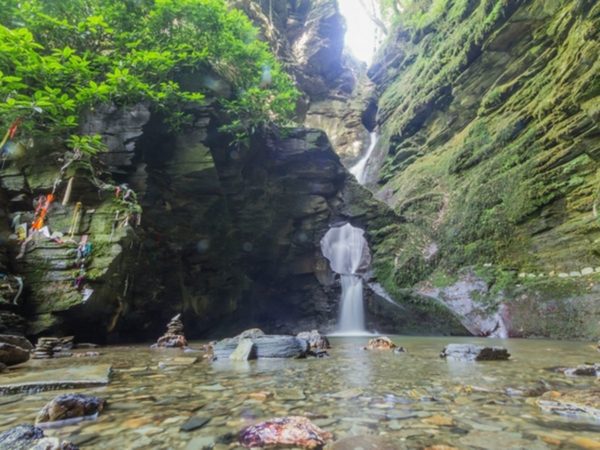 We have grown in many ways. We have developed a sense of spirituality, an ability, to reach out and touch the spirit of the land without having to physically work with it, to plough etc. We are able to focus and tap in to that energy almost remotely. We can now release energy into the land. It comes from us, Mind, body and Spirit. Blessed trinities like Earth, Sea and Sky. When we stand in circle, overcoming ego, we build energy. This energy of the circle then becomes another thing. Separate from us, but of us. The energy we create – and the energy of the land; the marriage of these two creates something that is much more than the sum of the people gathered. It can be called the spirit of the grove. A deity. A Golden Child. The land absorbs this spirituality. There is something of us in it, just like the water ritual we perform. It feeds the land, the land feeds us. At all levels.

As Marion reminded me:The ley lines are rivers of light and the power of the land flows through them –Perhaps the spirits of our land have retreated and are sleeping; the honour, respect and love we offer to the land may re-awaken them. 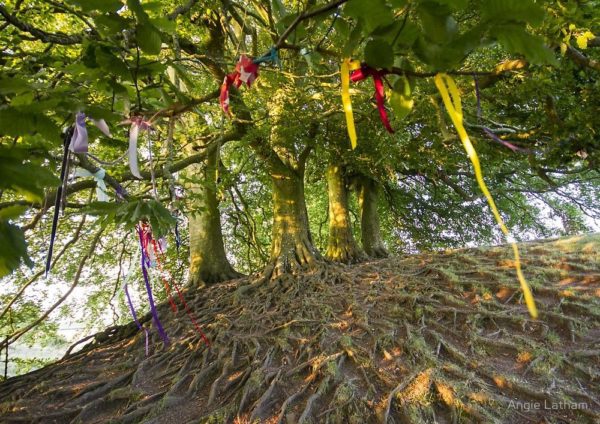 Does the land inform our spirituality? Of course! We perceive the earth as firm, steady, reliable because, for most of us, that is our experience of it. In our rituals we use similes and metaphors relating to the earth to portray a sense of reliability, support and nurturing. However, I think our rituals and spirituality would be expressed in a very different way should we live in the shadow of a volcano, in a desert or a frozen landscape. We live in a land of four distinct seasons, a lush fertile land of contrasts and great beauty. This land of ours shapes us far more than we have ever shaped it.

Perhaps one of the great challenges that face us today as druids is somehow to express this understanding, to propagate it in the lives of all who live here so that they may unite once more as many tribes, many cultures, but one land, and one people. 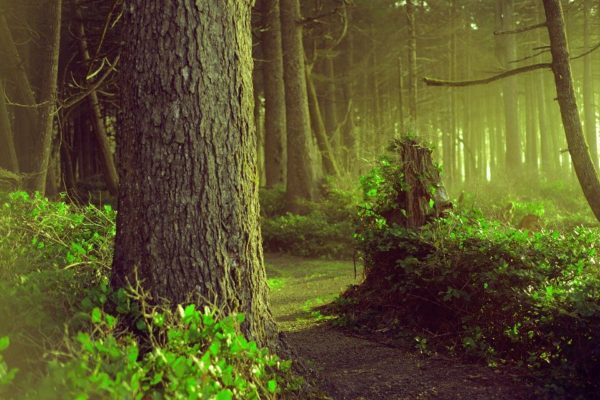