As the seasonal wheel moves towards the Spring Equinox… 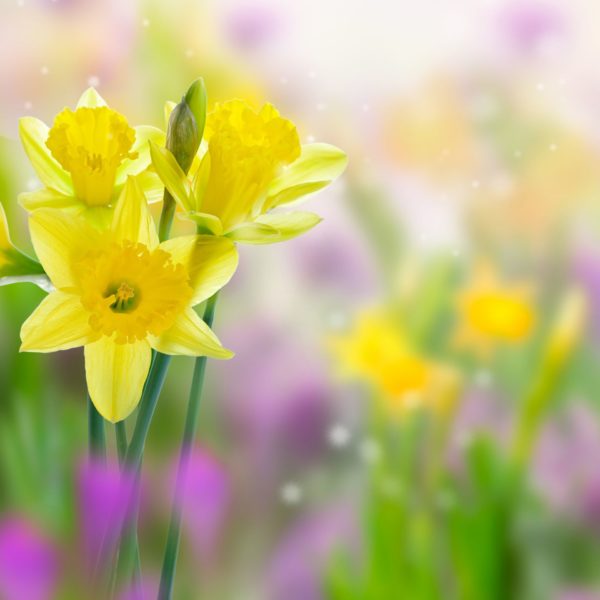 As the seasonal wheel moves towards the Spring Equinox, there are fulmars nesting in Red Cliff. Along its upper reaches, the sandstone is pocked with holes just large enough for two snuggling fulmars and a bed of twigs. Each cavity houses a pair, five or six in all, maybe more to come. In recent years fulmars have visited Sandown to breed in the cliffs, their numbers increasing annually. This is the first time I have seen them at Yaverland, their chattering and spiralling patrols of the nesting area a joyful thing to witness.

Love, lust, genetic necessity (call it what you will) is in the air. On the wet edges of Alverstone Mead, amongst flimsy willow branches, two grey herons sway in their newly constructed nest; paired hares nibble shoots of wheat in the fields at Arreton; ducks on the Yar, no longer in huddles, are now spread out along its banks in twos, only disturbed by the agitated quacks of squabbling males, keen to claim a female of their own. Now the snowdrops have blossomed and the growing light signals the subtle shifts of early spring, the quickening expresses itself in the tender, and not so tender, pairings of nature. 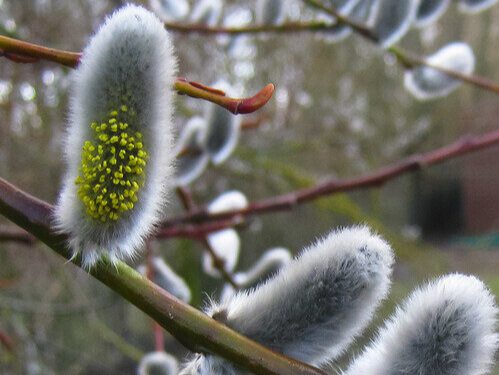 The red squirrels are active too. Although they do not actually hibernate, throughout the cold weeks only the odd solitary visitor was seen on my visits to the hide. Now they come to feed barely inches from me. Peanuts in shells are the obvious favourites, the papery casings light work for frantic teeth. Upon freeing the two peanuts inside, one is eaten, the other buried. Spreading their back legs for a steadier grip, they busily work their near meatless shoulders with comical vigour, digging energetically, burying, then neatly patting down the soil. They have the breathless urgency of Alice’s white rabbit. They still wear their winter coats, the rich red of summer dulled to greyish red/brown, the tufts of their winter ears still visible. Like us, they clearly have the urge to move straight to pudding, peanuts and sunflowers seeds eaten first, dried sweetcorn pushed around the feeding ledge like unwelcome peas upon a child’s plate.

The hazel catkins are abundant, the pussy willow whitening with furry paws, but most impressive are the alder of which there are many along the river, their bare silhouettes now taking on a fuzziness, the thick mass of purplish cones and catkins blurring their edges. Alder, willow and poplar dominate the wetland landscape and hold a special fascination for me. I sense a great peace amongst these moisture loving trees; the willow and alder performing the vital task of maintaining the integrity of the river bank, limiting the erosion caused by the constant flow and the rising and falling flood waters. When our own emotional forces threaten to overwhelm us, willow and alder serve as reminders to reach for those steadying roots, encouraging us to become stable channels for our more powerful and difficult emotions. In the summer when the reeds are abundant beneath poplar groves and white willows, the soothing whisper of their leaves is one of the most healing sounds. Reed’s ability to cleanse water can inspire the cleansing of our emotional selves too; the reeds drew me when I was coping with the turmoil of grief – when I found myself tightly circling the stagnant object of my pain – as if to teach that we too need to process any emotionally toxic residue we might be holding onto. 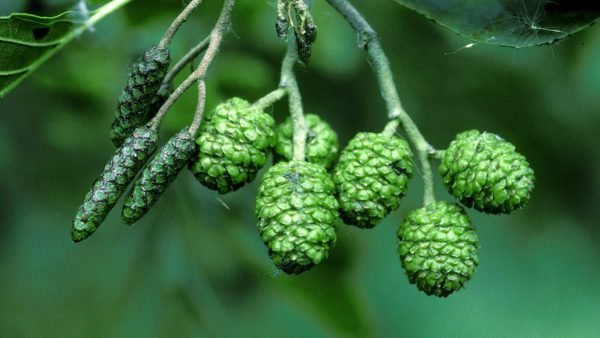 For now the reeds are brown and broken down by the floods of winter, their new green shoots poised to emerge. Near the old mill, silt shifted by the high waters has piled itself against the edges of the weir. Across its damp, sandy surface is a network of moorhens’ footprints, tiny tridents crisscrossing and meandering, looking like ancient, unfathomable hieroglyphs; the codes of spring waiting to be cracked.

In our regular ritual spot – the woods above the Yar – I notice bluebell shoots and know that soon the ground will be yellow with primroses. Our beautiful little woods marks the seasons with flowers: bluebells in April; the elegant spikes of foxgloves in June; honeysuckle sweetening the woody scents of mulch and leaf mould in summer…

The irresistible sense of anticipation felt as the year gradually accelerates can lead to many a false start when we realise that the chill still nips at us; that our energy still curls in upon itself, not yet fully awake to its own imminent renewal. It is the time of snowdrop, of crocus, daffoldil and gorse, their delicate blossoms deceptively resilient and hardy; they are the tenderness of all new beginnings; the toughness underlying life’s desire to experience itself. I can feel the quickening strongly and yet I also feel my own slowness; my own winter pace, heavy as upon waking from a long sleep. The year breaks us in gently, Brighid’s palms cupped tenderly around the spark that will soon ignite our inner resurgence. 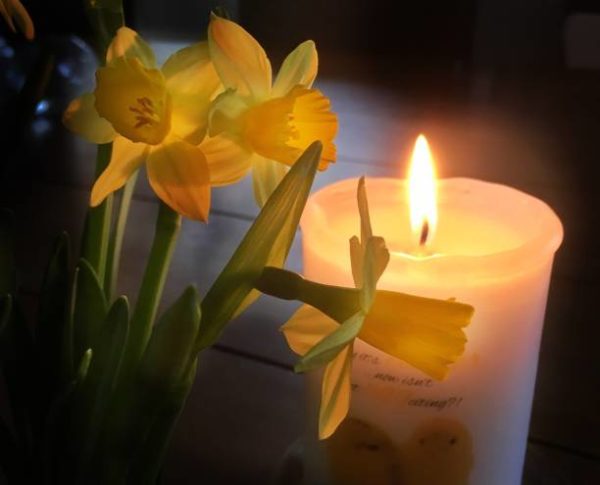