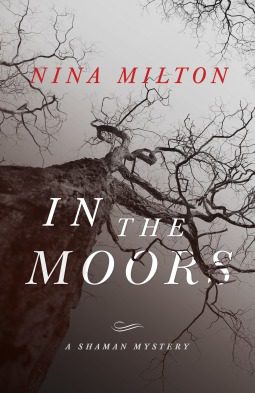 I thought I would take some time off to read fiction for a change. I started reading The Shaman Mysteries series because the books stated clearly that the author was a druid, and they had been endorsed by Ronald Hutton.

I loved the first book, In the Moors, which introduced a young therapeutic shaman, living near the Somerset Levels, whose generous heart leads her into dangerous situations. I was gripped; Sabbie Dare has a love of the natural world and is authentically pagan. I wasn’t disappointed by the second in the series, ‘Unraveled Visions’. Once
again Sabbie is in the mix of several mysteries and murders, disappearing people and disturbing visions. I loved her descriptions of journeying; my heart was in my mouth as she navigated the otherworld with her animal guide Trendle
the otter by her side.

Several plots run at once, keeping the tension high. Sabbie is trying to help two Romany sisters and also her young neighbour, who is under the influence of a sinister cult. She deals with this by balancing her savvy understanding of human nature with the symbols and messages she gains from walking between the worlds. There is nice
chemistry between her and the Detective Inspector, Reynard Buckley, simmering in the first book and is now explored further. And just when you think you have it all figured out, there is a sting in the tail, a plot twist, that once again, I failed to see coming!

I found this impossible to put down, but I also learnt a lot more about the workings of a Shaman. Each book seems to open that world of visions and deep healing further for me, so I can’t wait for the next book in the series!