Who Are These Bloody Druids?

Most Pagans, unless they are hard-core New Agers living permanently in flotation tanks, will have noticed great things happening in the Pagan world over the last few years. Interest in our traditions has never been stronger, and those traditions themselves have been evolving in exciting ways. The magic is growing, and even the formerly enclosed…

Who Are These Bloody Druids? 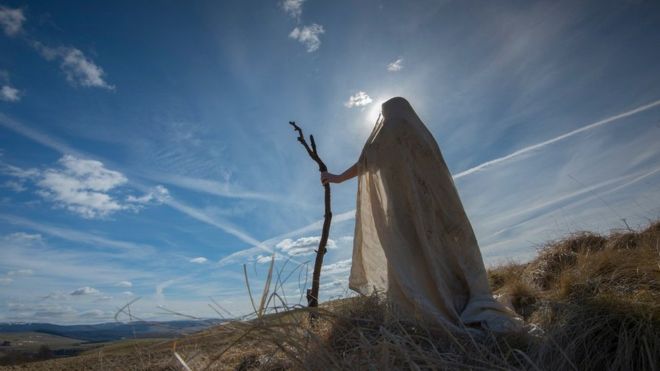 Most Pagans, unless they are hard-core New Agers living permanently in flotation tanks, will have noticed great things happening in the Pagan world over the last few years. Interest in our traditions has never been stronger, and those traditions themselves have been evolving in exciting ways. The magic is growing, and even the formerly enclosed world of Druidry has not been untouched by the huge surge of energy that is revitalising the old/new ways.

A few years ago, when I attended my first PF Conference, I overheard a number of conversations as I wandered around conversations that ran along the lines of ‘Well, druids are all freemasons’ and ‘Of course, druids aren’t Pagans.’ There were other longstanding myths floating around at that time. For example, there was a widespread belief that druids were sun-worshippers who only performed rituals during daylight hours. Druidry was also regarded as a patriarchal men only club.

Like all good myths, these had some truth behind them. The druid revival groups founded in the eighteenth century did admit only men and did base their rituals around the Sun as a symbol of divine light, the light of a God who was essentially the same as the Christian god. And there were strong links between early druid revivalists and freemasons. However, this is how things used to be. It bears little resemblance to what’s happening in druidry now. 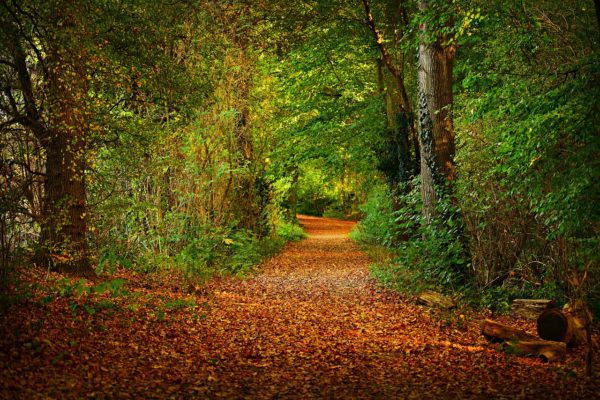 The breakdown of the old order began in 1964, when Ross Nichols led a breakaway group from the Ancient Druid Order (the A.D.O., which most usually refers to itself as The Druid Order). Nichols called his breakaway group The Order of Bards, Ovates and Druids (OBOD), after the three major subdivisions of the Pagan Celtic druid caste. Recent research by Steve Wilson and others has shown that Nichols was responsible for giving modern paganism the eightfold festival that most of us now celebrate. The A.D.O. only celebrated festivals and equinoxes. In the 1940’s. Nichols recognised that the quarter days, based on the Celtic folk festivals, fitted neatly between the solar festivals to make a beautifully balanced mandala or wheel. He failed to sell the idea to the ADO but it appealed greatly to his friend Gerald Gardner, who added the eightfold cycle to the version of witchcraft he was developing at the time. Wicca (Gardnerian) thus had eight sabbats when it first went public in the 1950s.Druidry had to wait until the formation of OBOD before it took up that wheel of the year.

The next great change in Druidry came as a result of the cultural explosion that we now refer to as the ‘Sixties’. Whatever Margaret Thatcher and her tawdry descendants might say, that decade opened people’s minds in ways unprecedented in modern Western civilisations. It was a decade of frenetic spiritual exploration. Some explorers found their way to our native traditions, and did so through a number of routes. Many became witches, and through this discovered the mystery and magic of our Celtic heritage. Some moved from Wicca into Druidry as a result of having made these Celtic connections. This created new fusions between the two traditions, continuing the interchange started between Gardner and Nichols. 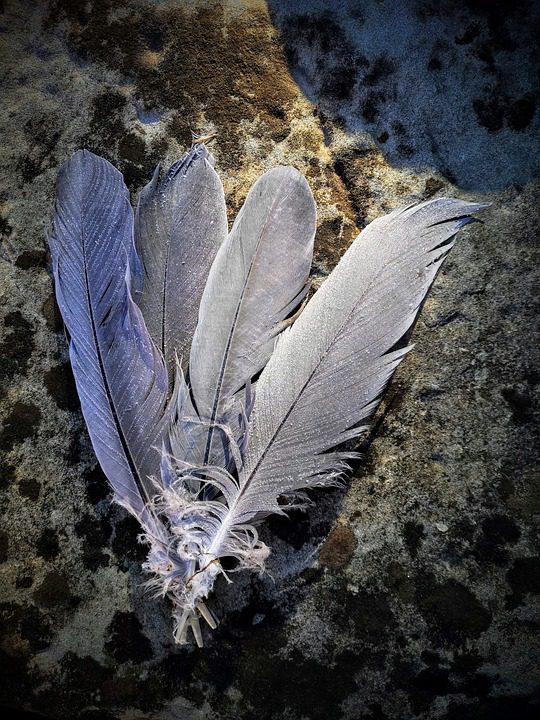 Druid orders founded and run by witches include my own British Druid Order (BDO), the Portsmouth-based Insular Order of Druids (IOD), and the Glastonbury Order of Druids (GOD). The not surprising result of these druid groups being begun by witches is that they are considerably more Pagan than the older-established druid groups. They hold rituals at any time of day or night, depending on what is appropriate to their work. Twilight is favoured by some, as it is the time when the veils between the worlds are at their flimsiest. Some work by the moon as much as the sun. These wiccan-originated groups have also brought a powerful infusion of Goddess energy back into Druidry. It is now widely recognised, partly as a result of my own work, that the Awen (literally, ‘flowing spirit’) invoked during many druid rituals was originally regarded as a gift given by the goddess Ceridwen, ‘the Crooked Woman’ or ‘Bent White One.’ She brewed the cauldron of inspiration (Awen), three drops from which bestowed the gifts of poetic inspiration, prophesy and shape-shifting. These three gifts equate pretty well with the functions of the three druid grades of Bard, Ovate and Druid.

Ceridwen, of course, is also a favourite goddess of many witches, but in medieval times Christian bards of Wales regarded her as the patroness of their order. They invoked the Pagan Goddess and the Christian God together in their poetry. 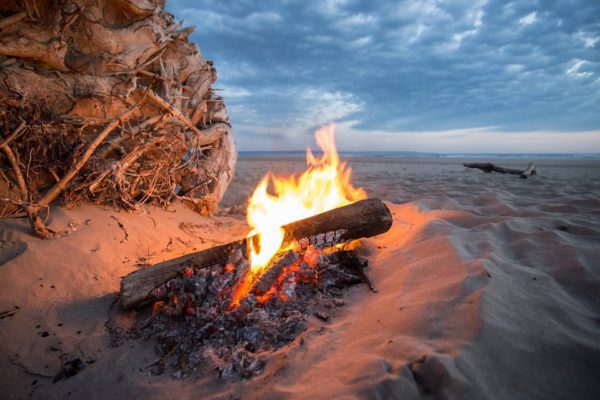 Another trend in modern Druidry is the growth of contacts with people following other spiritual paths. This is sometimes made easier by the old stereotype of the patriarchal druid. Thanks to this image, even the most staunchly Pagan among us don’t frighten the Christians to the same extent that witches do. We are not completely immune from attack by loony fundamentalist Christians (is anyone?) but such attacks are comparatively rare.

One manifestation of the ecumenical trend in Druidry is the Gorsedd of Bards of Caer Abiri. ‘What the Hel is that?’ I hear you cry. Well, it’s a multi-faith group that meets to celebrate the eight festivals within the stone circles of Avebury in Wiltshire. Its rituals are broadly druidic but allow plenty of space for other traditions to take part and be recognised. For example, we have a Christian call to the eastern quarter, a follower of a ‘native’ tradition to the South, a witch to the West, and a follower of the Northern traditions to (surprise, surprise) the North. The Gorsedd ceremonies are open to all, as is initiation to the Gorsedd, which always forms a part of each celebration. Among the initiated bards of the Gorsedd are members of at least eight other druid orders, many folk from the wider Pagan community, and a number of Christians including an ordained minister. 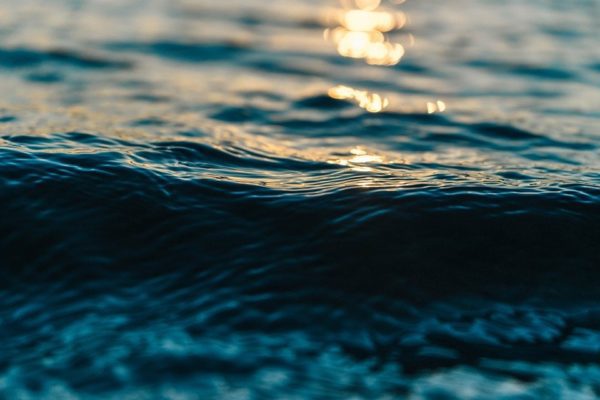 Another vibrant trend in Druidry in recent years is the growing recognition of what it means for us as druids to be custodians of one of the native traditions of our land. What this implies has been more fully realised as a result of our contacts with native traditions of other lands, particularly America. The sweat lodge of the Plains Indians has been widely adopted by druids. Many, myself included, have gained powerful insights into our own path through the cleansing, healing and visionary experiences of the sweat lodge ritual. Several druids are currently at work formulating native British sweat lodge rites.
The last few years have also seen the development of something called ‘Celtic shamanism’, which is a blend of Celtic tradition and various techniques culled from modern tribal cultures. This trend has led to the re-emergence within Druidry of such concepts as shapeshifters, animal helpers, guides and totems. Individual druids who have taken this path have gained power which is feeding back into Druidry as a whole. 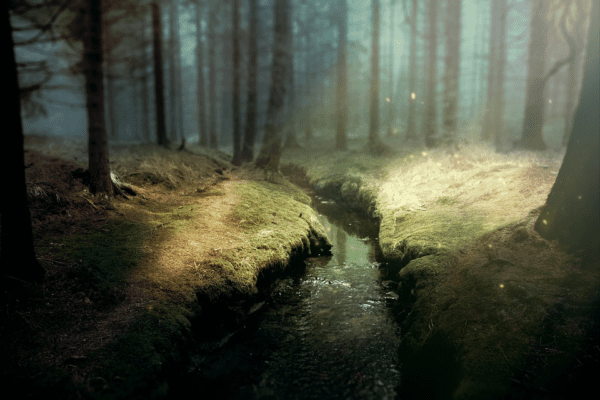 We are also rediscovering the role of the bard as word-magician. In the English language the term ‘bard’ has come to mean simply a poet, but there was much more than that to the original role. Poetry itself was regarded as one of the primary gifts of the Goddess. This is because its use was magical rather than mundane. Poems were sung, often accompanied by a harp or Lyre, and there were invocations, rather like those that energise the song lines of the native Australians. A new generation of bards are now beginning to recover the magic of these life-enhancing songs, and are returning to ancient sacred sites to recover sections of the great song of the land, the sacred song that revitalises the earth and its indwelling spirits. This is already beginning to have a healing effect on individuals, on society and on the land. We have a long way to go in this work, but the energy is building rapidly. Through the restoration of spirit links with the land, some bards are also involving themselves in direct action against those who harm Mother Earth. Road builders now find sacred singers, story tellers and Earth-magicians standing in their way. Gorsedds of Bards are being formed on sites threatened with development.

So, modern Druidry is becoming increasingly ‘shamanic’, Earth-centred and Goddess-inspired. In short, we are rediscovering our Pagan roots and finding that they are very strong, run very deep, and provide us with the support and nourishment we need to grow as new leaves on the sacred tree.
(This article first appeared in Pagan Dawn Magazine) 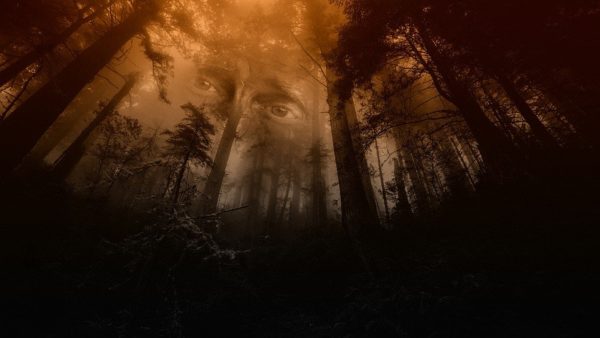