Within Paganism, there appear to be an equal number of women and men in leadership roles. One of the most popular female Druids today is Emma Restall Orr, one of the most popular Wiccans is Starhawk. Heathenry has Galina Grasskova and Diana L Paxon. There are countless others in all pagan paths and traditions that… Within Paganism, there appear to be an equal number of women and men in leadership roles. One of the most popular female Druids today is Emma Restall Orr, one of the most popular Wiccans is Starhawk. Heathenry has Galina Grasskova and Diana L Paxon. There are countless others in all pagan paths and traditions that stand alongside the men in equal roles of leadership, teaching and more.

We know historically that there were female Druids, often termed as Druidesses. The Greeks and Romans were fascinated by Celtic society, so very different to their own when it came to power women held in their everyday lives. Yet we have snippets, tantalising few extracts from those who decided to include women in their accounts of Celtic society, whether they were from Greece, Rome or followers of subsequent Christian faiths. 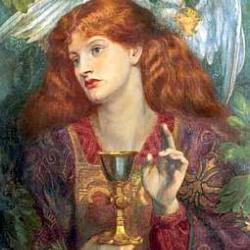 Druidry may have suffered more than most when it comes to an overtly and also subverting taint of patriarchy over equality. This has much to do with the 18th and 19th century Revivalists, who were operating out of a culture and society in Western Europe that held women back from all kinds of authority positions. All the artwork we see from this period show older, mostly bearded men in togas occasionally swanning about collecting mistletoe or performing ritual sacrifice. Women are noticeably absent from these paintings and drawings. In the writing that we have, taken from other patriarchal cultures such as Rome and the subsequent Christian faith, the absence of women is again noted. We have to look deep within the stories to find out what the real role of women was in a particular myth, for example.

I had a hard time with Welsh mythology, finding that the goddesses in the tales weak, submissive, overly passive. Rhiannon’s acceptance of her fate to carry those upon her back into the dun, Branwen’s capture, Blodewudd’s transformation into an owl – all of these I used to think showed a rather weak pantheon of goddesses that I’d rather have nothing to do with, thank you very much. It’s only when I realised that the stories had been written down by men from a religion opposed to the pagan faiths that I began to delve a little deeper, to see how they might have been changed to suit the patriarchal worldview.

This could, however, be seen as complete guesswork. Listening to my intuition, trying to find the “real” myth can only ever be described as a moment of personal gnosis. Yet I think it’s an important thing to explore, especially being a woman. 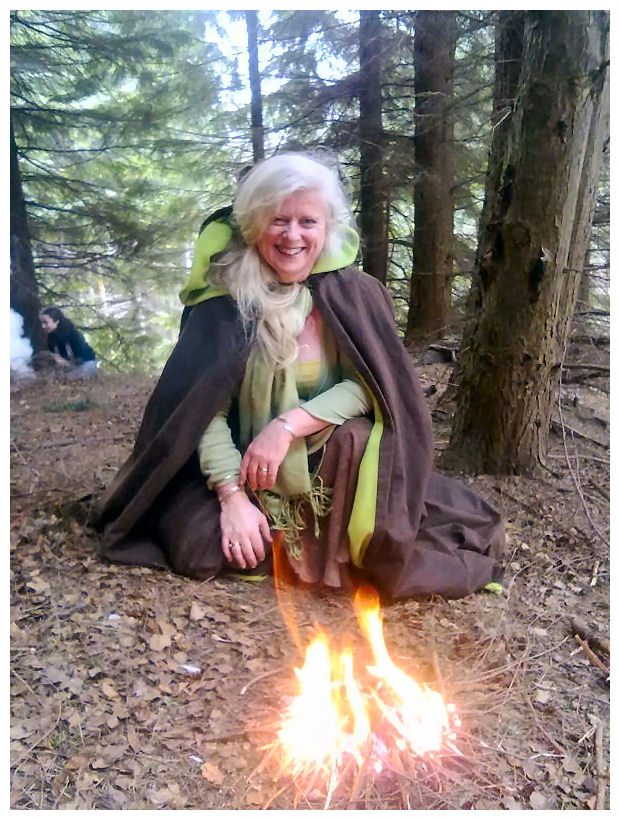 A message from the current Chief of the Order

Greetings!
When you join the Order, a wonderful adventure lies ahead of you! You will receive great teachings, insights, and a wide range of resources to support and inspire you.
When I joined the Order in 2003, little did I know what an amazing journey I would be taking – of magic, learning, community, friendship and so much more! I very much look forward to welcoming you!

Go n-éirí an bóthar leat (May the road rise with you)!

We not only have the few historical references for women in Druidry, such as Boudicca – today we can look to women who are publicly active within the community for inspiration. We have the aforementioned Emma Restall Orr, as well as Caitlin Matthews, Penny Billington, Elen Evert Hopman, Mara Freeman, Erynn Rowan, and newer Druid authors such as Cat Treadwell and Nimue Brown having an impact upon the community. Online there are as many women who follow the Druid path on forums and social network sites as men – in public gatherings the ratio is also pretty equal. When it comes to workshops the majority who attend are women – why this should be is a mystery to me. Yet the scales are balancing out after centuries and centuries of men having leading roles, being the voices for the community. 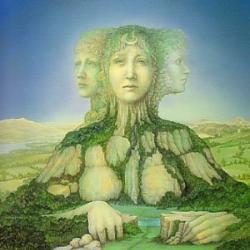 This isn’t to say that we should be complacent. We will always need new female leaders in the community to take up the baton when needed, to have their voices heard. For me personally, passiveness is simply not a part of my Druid path. I live in service, like many other Druids, male and female to the land, to my community and to the larger Pagan community and to my gods.

As more and more women find their voice, and find that they are being heard, treated equally and making a real difference to the world, a life in service isn’t such a bad thing, really. It is what drives us to make the world a better, more harmonious place, attuned with our place in nature and seeking the truth in the nature of all things. Long may it continue!