Heathen Magic is an account of the exploration of and reconnection with my own heritage and ancestry in the context of a healing vocation, which itself is not simply defined by my learned trade as a medical practitioner… 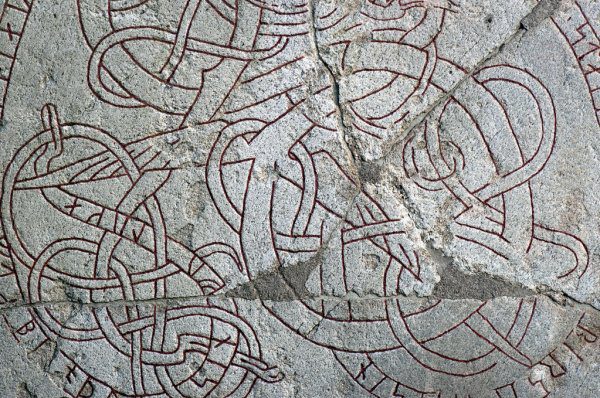 Heathen Magic is an account of the exploration of and reconnection with my own heritage and ancestry in the context of a healing vocation, which itself is not simply defined by my learned trade as a medical practitioner. Further than this, it is also how this magical perspective can inform the changes that are upon us in health and well-being, although these are largely unrecognised or denied by most, not least those within the medical profession itself. Simply put, I see that medicine itself demands a more mythic and magical perspective for its own renewal, and that a heathen context is essential for this.

Until recently my personal vocation was as a medical doctor in modern clinical practice, but the journey of discovery and reconnection inevitably created conflict in being a practitioner in the modern era, such that I could ultimately no longer sustain it. Were I to have maintained this conflict, my health would have been at risk in a concerning way and, were it not for my knowledge that a health crisis is a key element of the shamanic calling, I would then either become another ‘medical statistic’ in the death column or languish in some sort of dissatisfied or depressed retirement. Neither of these options suits my temperament, so at this time and stage of my life, it is time to put my professional experience into a larger and more creative context. 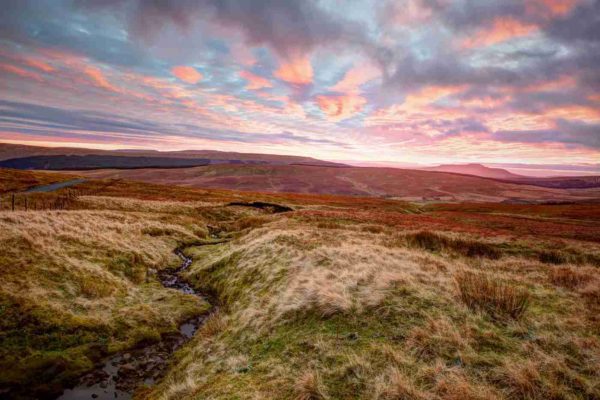 One option would be to see my personal journey through medicine as a critical study of the modern profession and its predominantly scientific world-view. Some colleagues and many other observers have followed this path, which has a valid place in comment about a profession that is ‘losing its way’ in the mire of science, politics and big business; but this is not my way. Mine is to ask questions about how and why it has lost its way, and I make the assumption that we all know it has, even if only intuitively, and that a critical approach can, and maybe should, also be creative one. So initially I followed the lead of Jung and began to look for the archetypal patterns in medicine and healing, which led me to shamanism and my own cultural roots.

Shamanism, in its modern context, I see as the most holistic approach to the art of healing. However, my own ‘exploration and reconnection’ has taken a particular route within this archetypal complex. The exploration has been external, as evidenced by my involvement with Jung, Druidry, as well as other significant individuals and organisations. Internally, my dreams, intuitions and psychic experiences have both informed the external and led me to a heathen heritage that has a predominantly magical orientation, and hence the title of this work. 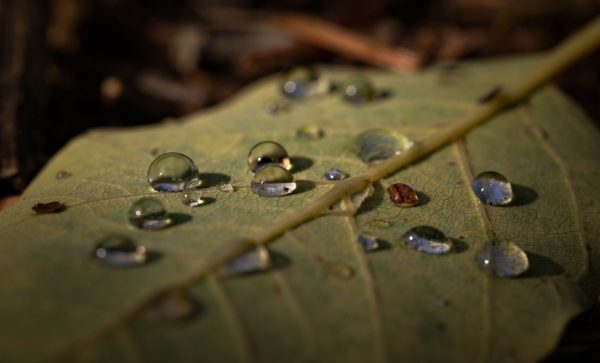 Following a family tragedy and a serious illness a generation ago, I was drawn to Druidry and became connected with the Order of Bards, Ovates and Druids, or OBOD. I found that this gave me a context in which I could ‘restructure’ my life and direction. As I did this I was progressively drawn to the Ovate path of the tripartite structure espoused within OBOD. For several years I was actively involved in seeing whether the further exploration of the Ovate path had a place within the Order, but found that issues such as magic in healing and cultural issues around the Germanic aspects of my heritage made this unlikely, so my exploration drifting into a more solo journey. I have since become accustomed to this liminal existence, so as a kind of ‘hedge-druid’ I associate it with my shamanic vocation.

To the title Heathen Magic: Heathen is an Old English or Anglo-Saxon word meaning ‘inhabiting open country’, and thus related to ‘heath’. It is therefore related to nature and the environment in a fundamental way; other more modern meanings of heathen are thus prejudiced in response to some of the dynamic patterns briefly explored immediately above. A more detailed and somewhat speculative etymological exploration may indicate more associations with ‘health’ and healing’, even of the ‘holy’.
I have chosen the word ‘heathen’ in the title deliberately. Most would use the term ‘pagan’, but this is essentially a Christian word to describe the non-believer and not the way the Anglo-Saxons would describe themselves, nor their spiritual identity and orientation. Heathen is an Anglo-Saxon word that has an interesting etymology, as it can be used to describe the spiritual orientation of someone not of a monotheistic faith (Christianity, Judaism, Islam), but in the modern vernacular is somewhat derogatory and associated with someone ‘uneducated’ or ‘uncultured’. In this it follows the debasement of and loss of depth in the authentic meaning of the word, as has occurred with ‘myth’ and ‘magic’. 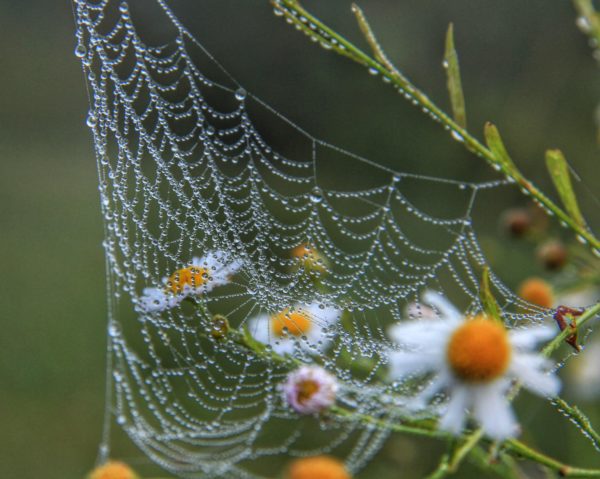 This attitude also involves the depreciation of all things Anglo-Saxon; the language being seen generally in that light, which is quite an irony when it dominates our modern life and world as the English language. The Anglo-Saxon era has, until recently, also been referred to as the ‘Dark Ages’, with the impression given that it was fundamentally brutal and warlike. This impression carries over into swear words; itself of interest, because these words often have a magical sense and meaning. As an experiment, try saying the ones beginning with ‘f’ and ‘c’ aloud and feel their power; that is, if you can get beyond the prejudices associated with them! A more integrated sexual and magical view of life is probably what has brought about such repression, because such a view assists our individual development and directs our destiny, fate or ‘wyrd’.

Of course, Christianity has been the main repressive protagonist in this process. In many ways this religion succeeded where the military Romans failed. The ‘reasons’ for this are complex, but I would argue that it has created an undercurrent that is still psychologically operating in our time. For example, my experience of modern Druidry is that this Christian influence remains strong when considering shamanic areas such as health and healing, sexuality and power. 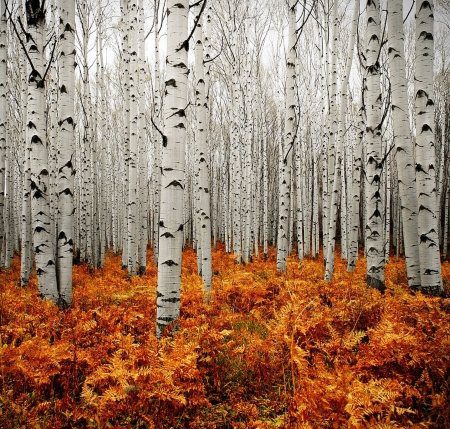 I further believe this is one reason that the revival of polytheistic religion has settled on matters Celtic in the English speaking world; painting a picture of the Celts as artistic, musical, and generally the converse of our impression of the Anglo-Saxon. Yet these Celtic people are Germanic cousins, who, with the Anglo-Saxons, kind of ‘book-ended’ the Roman occupation, coming as they did from neighbouring areas of Germania. Yet my clear position, supported by an archetypal perspective, is that these two peoples form a relatively uninterrupted continuum and are best seen collectively as ‘Anglo-Celtic’.
Magic was – and is – an integral part of the heathen world-view. It is beyond the scope of this work to go into the detail of what is a rich theology, mythology and cosmology here; although I would like to point out that there are some interesting connections to the Celtic culture, as espoused within OBOD. It is fairly clear now that the threefold structure within these cultures is a common – archetypal – feature. The king-priest is at the apex, and corresponds to the Druid, although I also detect a connection with the lawyer here. The magician may relate to the Ovate or Vate, and I wonder here about the connection of this (more Latin) term with Odin, or Woden, as he is known in England? The Bard, or Anglo-Saxon ‘Scop’, has a more continuous function into the second millennium.

In Germanic culture Woden is paradoxically both a god and an ancestor; he exists in many lines of kings, indicating either a historical or mythological function. Is Woden a continuation of Merlin, with his original name of Myrrdin – one being of the woods and the other of the sea? Woden is a colossus who straddles the priest-king and magical functions, as well as being a champion of poetry. He seems to have emerged more primarily in England, rather than being simply a Germanic or Scandinavian import; is this a progression from the Celtic world-view, and even one that may have been exported back to other parts of Northern Europe? 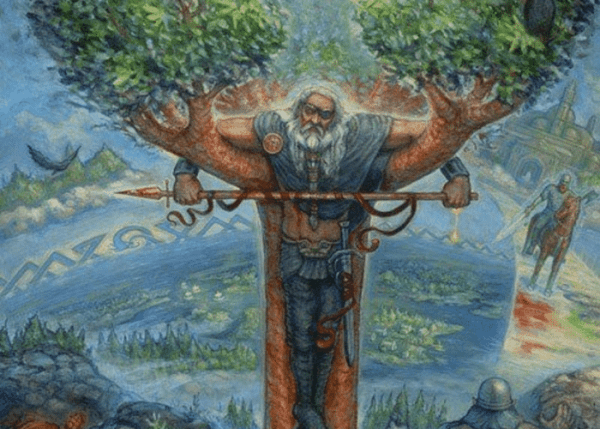 All this is tempting and speculative, although I find it interesting and fascinating: yet it is also eminently real. In my own personal case the gods – or ancestors – were telling me: “You will not be following your vocation, your ‘wyrd’; what sort of existence would that be?” As is often the case in the magical realms, the gods indicated that medical practice was no longer part of my path, but have now left it up to me to discover what is… although, as in dreams, they continue to provide information, like food for the journey. Medicine has been my route into the magic of the heathen world, but it is not the only route, which I hope this work will clarify. Heathen magic has medicine and well-being as one of its domains, but there is also creativity, poetry, sexuality… and more.

Here in the late afternoon of my – this – life, I have set down the tools of my former trade. I am now in a space to discuss, share and bring to the light of day my experience and knowledge; a time of contemplation and proclamation, as the liminal mask of the evening encroaches, and I pick up new tools. I have a sense that this period and these tools are within the magic of my heritage; being the voice of our ancestors, in a time we sorely need this kind of discussion – and the ensuing action.

This essay is part of the Introduction to a forthcoming work Heathen Magic, that is the sequel to Just Add Blood. 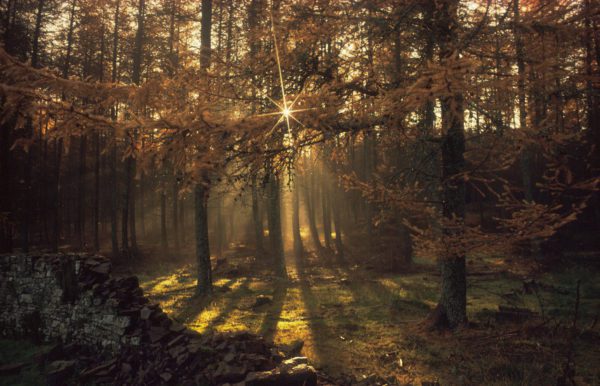