There are today lots and lots of social and cultural problems that need solving but there appear to be two crucial paradigms that particularly attract my attention. I’d like to share them with you all… 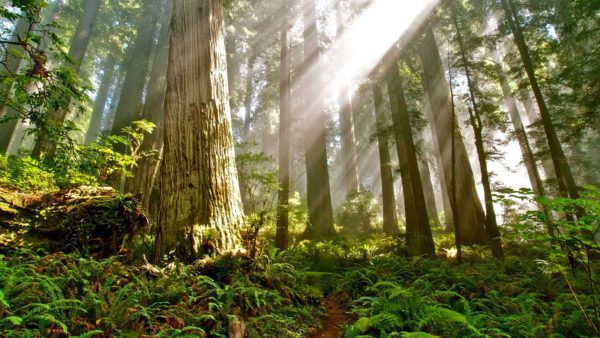 There are today lots and lots of social and cultural problems that need solving but there appear to be two crucial paradigms that particularly attract my attention. I’d like to share them with you all.

First a Bardic poem written by Anghus in 1997

Mists and the Stone
I have seen a land that is green
Far away where many dreams have been
I have known a land that is home
All but lost in the Mists and Stone.
We have been many different things
And all the while the Land she sings
Of times long gone but always here
Of many men and all their fears.
The Ancients knew of life and beyond
And showed their love through dance and song
Listen now and you will hear
The sacred tunes we hold so dear.
I often think how we used to be
Living with the Earth and the trees
People used to feel for the land
Now they want to turn it all to sand.

New Zealand today has something like less than 20% of its land in tree cover. Much of the Earth has had its forests decimated. Yet, the very climate, the droughts, the floods we experience are largely dependent upon the forest (and weather engineering experiments).

Perhaps the greatest forester that ever trod this fair planet was an Austrian Forestmeister, Viktor Schauberger. I doubt if Viktor had ever heard about Druids, but his life was an example of a Druid if ever there was one. 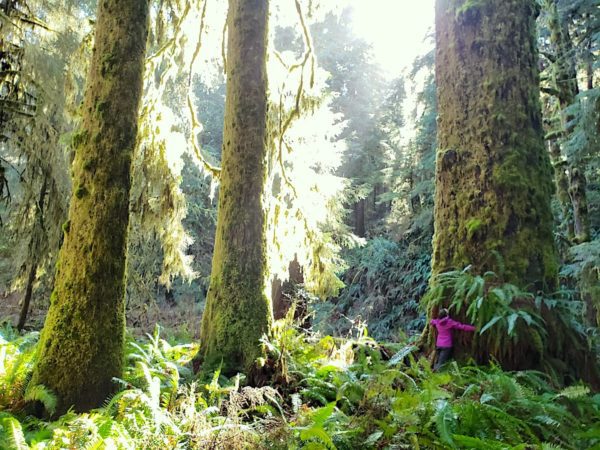 Viktor’s family had been forest meisters in Austria for many generations. Viktor’s education in forestry occurred not in some academic schooling but in the greatest university of all, the hallowed silence of the forest. Viktor would spend days, weeks in the upper Austrian forests just observing nature. He would sit for hours watching the living dance of streams. Here he observed how fish could remain motionless in a swift current and then jump up a waterfall to reach their spawning grounds.

Viktor came to understand the hydrodynamics of water better than any person has so far. And from his understanding of the power resident in water, Viktor perfected a water turbine that works on the principle of implosion, the quiet, cool in-folding of water to form a vortex and power. So powerful was Viktor’s turbine that the Gestapo ordered him to make this turbine to power a flying saucer for the German Luftwaffe.

And Viktor succeeded!! The Luftwaffe actually flew two of Viktor’s flying saucers. So, when millions of people see ‘flying saucers’ flying overhead at incredible speeds, are they ET’s or are they descendants of Viktors implosion turbines, developed further by the USA, UK, France and the Soviets??

But, back to the forest, the very source of life giving oxygen and electromagnetic energy and Druids. 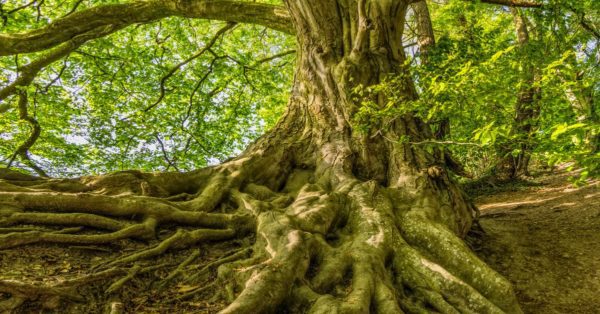 When there is a variety of tree types and undergrowth, energy is created in the whole forest area and water is naturally pumped up from the underground streams. When the forest is cut, the energy field goes into shock. If this pattern is not taken care of, the field will demineralize and the ground water will disappear. Viktor Schauberger was perhaps the greatest forest meister and water expert who dwelt among us. His knowledge and reverence for the forest and the waterways as guardians of the Earth is unparalleled.

Viktor Schauberger (the name Schauberger means ‘looking down from the mountains’), stressed the important role of trees as mineral processors, building up metals and minerals through biochemical re-processing and biodynamic circulation. He felt that each green leaf or each needle is in effect, a remarkably well-regulated metal factory.

With the falling of the leaves or needles this supply of metals is scattered by the wind and the more undergrowth there is, the greater the dispersion of organic metal salts which, during the winter, are pressed down hard by the snow.

The metals play a big part in the build-up of the insulating skin of the Earth so important for the living process within the soil. They form an extremely fine material lattice on the ground surface, a type of organic diffusion filter that separates the negatively charged ground from the positively charged atmosphere, a pre- requisite for the growth process.

In this way, the trees build up important metals needed by plants and man, particularly in the form of trace elements. The watercourse flowing out of the natural forest carries with it some of these metals and deposits them in the surrounding environment. These trace elements contribute to the basic make up of living water and the fertility of the soil.

The ‘water cradle’ is the function of the forest. It produces trace elements and minerals and creates energy to make nutrition available. 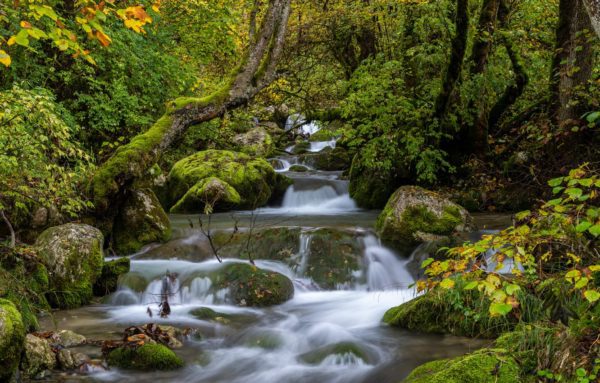 Viktor Schauberger saw the natural forest as the base for the build-up of quality water and nutrition. If the natural forest is destroyed, natural biological water is first affected and then the build-up of all the other organic material. The biological quality of nutrition is diminished and people become more and more vulnerable to illnesses stemming from deficiencies, circulatory diseases and finally, cancer.

This too, was a logical sequence for Viktor, the logical consequences of the disruption of the forests and the water’s natural processes. Thus, the husbandry of the natural forest is a question of the survival of mankind. Without a healthy forest, there can be no healthy water and no healthy blood. It follows from this that resulting from the present methods of forestry and water management that a deterioration of the fundamental quality of the living process takes place.

It is from this demineralized and de-electro-magnetically oriented environment that the diseases which are destroying mankind appea. AIDS and cancer are the direct result of de-mineralization of the water.  This takes the electrical charge out of the water. Degenerative diseases are the slowing down and or reversal of the spin factor of the electro-magnetic energy of the water and soil.
Before there can be a chemical reaction in the body there must first be an electrical change. The crust of the Earth must be brought back to a balanced state. The substance of creation is vibration, frequencies. If the Earth is electrically sick the creatures living on it must also be sick. 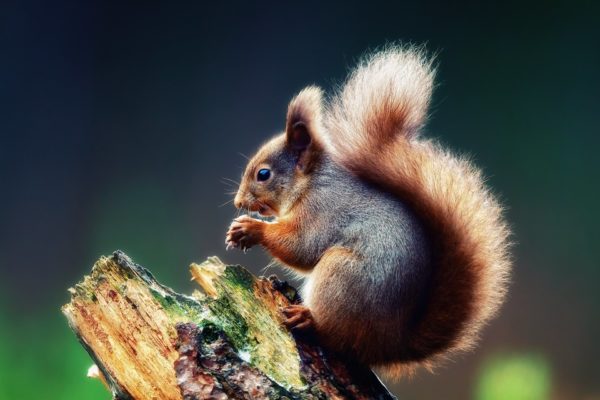 A BLUEPRINT FOR SQUIRRELS:

Today at the threshold of the 21st century of the Gregorian calendar, we are faced with AIDS (unfortunately, a man made entity), decimating Africa, Indo-China and many other parts of the world. Cancer is ‘striking’ one out of every 2 or 3 individuals (depending upon source of data). Violence is escalating; our interests seem to exclude all but rugby, beer and TV.

There is a need for awakened individuals (in the Gurdjiefian sense) to look about and see that there are two intrinsic factors that desperately need addressing (yes, of course, there are infinitely more). Forests need planting at unparalleled rates. Species that occupy the entire soil profile that build the forest floor and electromagnetic potential of the Earth and water are required. And who are the squirrels that need to do this??

Squirrels that have the ability to reach the ears of influential politicians and industry leaders.
This desperate condition of deforestation and mono culture plantations must be superseded by wise choices of diverse species suited to the terrain and climate. Richard St. Barbe Baker, the Man of the Trees (and I’m told, a Druid) spoke to many heads of state about the necessity of intelligent tree planting.

Suppose that just 0.1% of defence spending were channelled into re-forestation, what an incredible difference that would make. Changes upon this planet are not made by marches or demonstrations, changes are made by persistent badgering or writing to politicians and the press. The pen is mighty beyond imagination!!

Squirrels that have the imagination and foresight to visualise that actual small plantations can be planted hither and thither. Yes, sacred groves are important, but how much more sacred and compelling would 100 acre forests or 1000 acre forests be??

Why is it not within the possibility of a determined Druid vision and resolution to acquire naked land and begin its regeneration with mixed species in a permaculture format?

We have thousands of young people looking for, not work, but for an ideal. Can you see hundreds of youths with tree bags climbing up slopes chanting as they plant one more sacred tree into Mother Earth; trees that will bring rain, gentle winds, life-giving streams, electromagnetic energy? And boundless health! 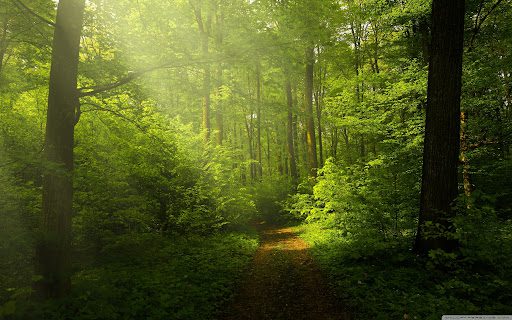 And within these sacred groves, where else would there be a better environment for healing sanctuaries? To heal, one needs fresh air, energetic water, organic food, an opportunity to express the self in song, dance, poetry, clay, wood, earth and ritual.

With pristine air, water and wind within a sacred Grove, a dedicated team of natural therapists with the very latest biological technology and the attributes of the old ways could enact healing rituals that would heal the body, soul, spirit and emotions.

These are the squirrels that are needed in the new century. Druidism has before it the most comprehensive and vital task possible. 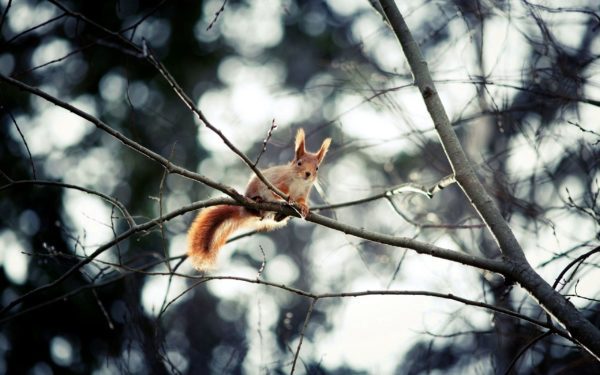